You are here: Fast Food Prices > 5 Taco Bell Menu Must-Haves… And Then Some 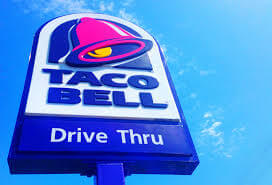 If you’re tired of the usual fast food offerings and you’re actually craving for some Tex-Mex fare, then you will most likely head to the nearest Taco Bell. But more than the typical burritos, tacos, nachos, and quesadillas, there are certain items in the Taco Bell menu that you probably don’t know about but definitely should. If you want something that’s a little out of the ordinary so you can make that Taco Bell trip worth it, then here are the items you should try:

Breakfast doesn’t have to be boring, and Taco Bell knows this all too well. To make sure that your breakfast is truly a meal you will remember, forget the breakfast burrito. Forget what you know about breakfast sandwiches altogether, because the Breakfast Crunchwrap California is unlike anything you’ve ever seen before. Hexagonal in shape and crunchy on the outside, what you get is a bite of breakfast goodness with everything that’s packed inside: eggs scrambled to perfection, crispy bacon, gooey cheese, guacamole, pico de gallo, and a crunchy hash brown to top it all off.

Whoever said Mexican and Italian cuisines don’t mix probably hasn’t tried Taco Bell’s pizza. You heard that right, because you can actually get pizza from Taco Bell. With tasty seasoned beef, tomatoes, refried beans, a 3-cheese blend, and pizza sauce on top of crisp pizza shells, you’ll get something that definitely looks and feels like pizza but with your favorite Tex-Mex flavors instead of the usual boring toppings. If you’re in an even more playful mood, can also customize your pizza further by adding other flavors and toppings.

When you’re craving for a Taco Bell nacho fix, forget the nachos that you’re used to. Take everything up a notch with Nachos BellGrande, which gives you a humongous serving of the nachos that you love, for everyone to share. Not only will you get a generous serving of crispy tortilla chips, you’ll have it topped by a few of your favorite things: the special nacho cheese sauce, refried beans, tasty ground beef, diced tomatoes, and of course your favorite sour cream.

You’ll never go back to your usual burrito once you try this special one that’s smothered with all the tasty goodness you want. Like a normal burrito, this is basically a wrap that comes with Latin rice, shredded chicken, refried beans, and that signature Chipotle sauce. But to make things so much more interesting, imagine that burrito smothered with reduced fat sour cream, a 3-cheese special blend, and some red sauce. After tasting the Smothered Burrito, you’ll never look at burritos the same way again.

There’s nothing in the menu that’s more filling than this Cantina Power Bowl, which is guaranteed to keep you full for a while. What you’ll get is twice as much the normal portion of black beans that are slowly simmered, together with crispy romaine lettuce, premium Latin rice, pico de gallo, reduced fat sour cream, cheese, Avocado ranch sauce, and guacamole. You get this protein-packed meal in a bowl, and this is perhaps all that you need to keep yourself up and energetic.

Aside from these 5 menu must-haves that you should definitely try, there are also some secret items in the Taco Bell menu that you should probably know about. Because these are top secret, you won’t really find these goodies in the normal menu. But it’s about time you tried something that’s not so typical, because that’s where the fun is. What you need to do the next time you go to your neighborhood Taco Bell is ask for these special items yourself:

What is Taco Bell without this yummy dish made of flour tortilla, chicken, 3-cheese blend, and that wonderfully creamy Jalapeno sauce? The quesadilla is definitely a Taco Bell must-have, but did you know that you could enjoy it with an extra crunch and extra melted cheese? Just ask them to double-grill the quesadilla and that’s exactly what you’ll get.

Why settle for a normal burrito when you can make it extra special? If your local Taco Bell doesn’t know what The Hulk is, all you need to do is ask for an extra serving of guacamole to be placed inside your normal bean and cheese burrito. This green heaping of guacamole will surely give your burrito the added oomph that it needs.