Whether you’re looking for a cheap option for Taco Tuesday or you’re hunting for the latest fast food deals, you’ve come to the right place. Taco Bell Happy Hour, or Happier Hour, as the Mexican fast food chain likes to call it offers some of the best special offers, discounts, and dollar deals in the industry. Screw the dollar menu, Taco Bell’s Happier Hour is where it’s at. (Not really though – we love the Dollar Cravings Menu with a passion.) 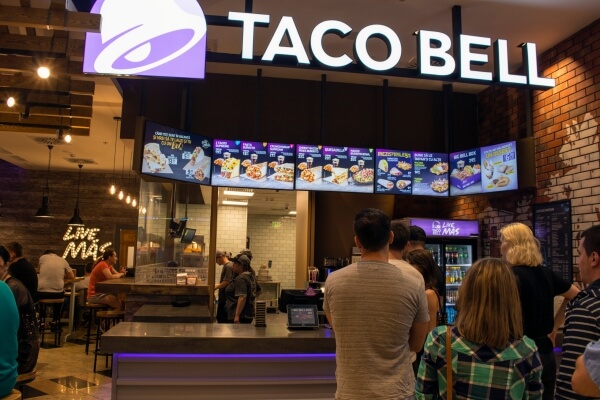 Yes, Taco Bell still has a daily happy hour after all these years! From 2 p.m. to 5 p.m. Monday through Sunday, you can snag some serious deals at your local Taco Bell during happy hour. Currently, there are a couple Happier Hour items on the menu, including $1 Medium Drinks and $1 Medium Freezes.Taco Bell drinks include fountain beverages like G2 Gatorade, Mountain Dew Baja Blast, iced coffee, orange juice, and other Pepsi products.

The promotion is valid with dine-in, drive-through, delivery, and pickup orders placed online. To order online, simply download the Taco Bell app on your phone and the deals will be automatically applied to your order. If you want your food delivered, download the Postmates, Grubhub, or Doordash app on your phone to place an order.

According to the website, Happier Hour deals are available at participating locations only. If your favorite food at Taco Bell is not on the Happier Hour menu, don’t worry. They have a newly revamped Dollar Cravings menu with 10 cheap fast food items for just $1.

What is the Taco Bell $5 box right now? 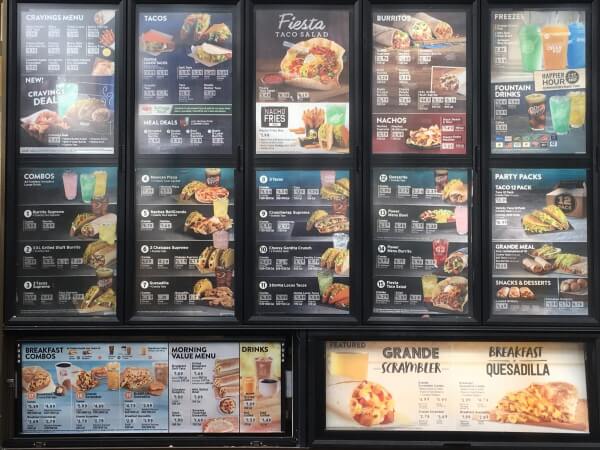 While the Taco Bell $5 Box is not technically part of Happier Hour, it is still the menu item that gives you the most bang for your buck. Currently, the $5 Cravings Box is the Grilled Cheese Burrito box, which includes one Grilled Cheese Burrito, one Crunchy Taco, Cinnamon Twists, and a medium Mountain Dew Baja Blast. Customers can customize any of the menu items to remove, add, or substitute ingredients. You can also swap one of the tacos for a different menu item, but additional fees may apply.

Taco Bell also has an upgraded Cravings box called the $7 Deluxe Box, which includes a Steak Chalupa Supreme, a Beefy 5-Layer Burrito, a Nacho Cheese Doritos® Locos Tacos, an order of Nachos and Cheese, and a medium drink.

How much are Taco Bell slushies?

During Happier Hour, Taco Bell slushies, referred to as Freezes, are just $1. However, during regular hours of operation, Taco Bell Freezes are $2.49 for a regular and $2.69 for a large.

To see even more deals, check out our Taco Bell Coupons page.