The Five Guys menu of hamburgers, kosher-style hot dogs, vegetable sandwiches, and grilled cheese sandwiches are widely considered among the best in the country. And while the menu may be on the smaller side, this burger franchise has a cult following – and those same loyal fans are the ones who have developed the Five Guys secret menu. However, nothing’s a secret anymore, so we’ll gladly share the five “underground” menu items you can ask for the next time you visit your local Five Guys. Enjoy! 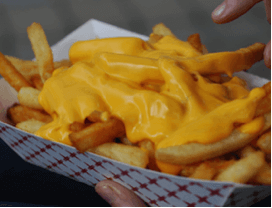 The Five Guys’ fresh-cut French fries are already treats on their own, thanks to their crunchy texture and delicious flavor. Add melted cheese to the mix and you have an explosion of flavor with each bite – the crunchy texture contrasts with the soft gooey texture of the melted cheese. You will want to finish the mountain of fries before even biting into your burger. Cheese fries go for as little as 50 cents extra per although you may also be lucky and get them for free. How cool is that? 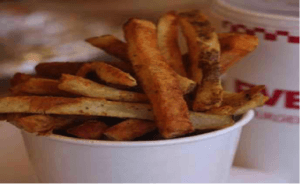 Five Guys restaurants take pride in their non-soggy French Fries, too. The crunchy texture comes from the fresh-cut French fries being fried twice – yes, twice – in peanut oil. You can go one step further in your quest for extra-crispy fries by requesting for them to be well done, like the steak. Just make sure to take out these French fries out of their cup to maintain their crispiness while you dig in.

You have thousands of options for customizing your burger, whether you are an all-meat type, a vegetarian, or somewhere in between. Even President Barack Obama had his own customized Five Guys burger visited one of its restaurants. His order: A zesty combination of a regular cheeseburger with the addition of tomato, lettuce, jalapeño peppers, and pickles with mustard on top. You can also add the A-1 sauce, sautéed onions, and onion rings for even more flavor – why not? After all, Five Guys makes hamburgers worthy of the president. 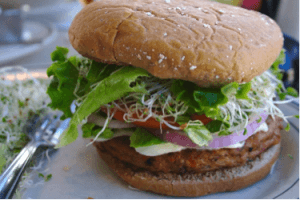 Are you a vegetarian, but want to try a Five Guys burger? Order the veggie burger, which is a combination of the regular burger topping options on a Five Guys bun as well as your choice of vegetable fillings. Ask your server about the available vegetable fixings so that you can adjust as desired.

What’s a trip to the restaurant chain if someone in your group does not order the not-so-secret item on the Five Guys secret menu – the double grilled cheeseburger? This is your best choice when you want to go over the top. Instead of the regular grilled cheese toppings, you will get two – yes, two – separate grilled sandwiches sandwiched into a single serving – or perhaps, to share if you really like the person you came with.

You can go straight to food heaven and back with Five Guys’ patty melt. Think about it: A Five Guys’ juicy beef patty with its tender texture and savory flavor mashed between two grilled slices of bread with butter at the core of their extra goodness. Add grilled onions and melted cheese, and you have a patty melt that, as Olaf says it, is worth melting for. You can have two or more patties in your order, add more toppings, or ask for more melted cheese. Throw well-done fries into your order and you have the crispiness of the fries contrasting nicely with the soft and savory texture of the patty melt.

To uncover even more hidden menu items, check out the In-N-Out Secret Menu.