Captain D’s is a fast-food restaurant chain specializing in fish and seafood. Like its main competitor Long John Silver’s, Captain D’s prices are a bit higher than the normal fast food restaurant as its menu mainly consists of full meals.

Today, there are over 600 Captain D’s restaurants across 23 states, mainly in the Midwest and South parts of the United States. Some of the most famous Captain D’s meals include batter-dipped fish, country-style fish, premium shrimp, and shrimp skewers, and cajun fish tenders.

Below are the latest Captain D’s menu prices.

Captain D’s was founded in 1969 in Donelson, Tennessee. The “D” in the name is the initial of the founder’s last name, Ray Danner.

Captain D’s prices have changed over the years and in 2007, the restaurant received an award for for Best Menu Revamp. The restaurant got a major facelift during that time period. 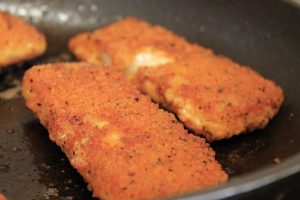 What kind of fish does Captain D’s use?

What does the D stand for in Captain D’s?

The D in Captain D’s is from the founder’s last name, Danner.

What time does Captain D’s open? 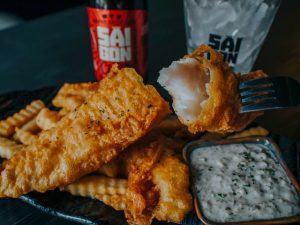 What time does Captain D’s close?

Captain D’s closes at 9:00 p.m. Monday through Sunday at most locations, though this may differ by location.

What year was Captain D’s founded?

Where was the first Captain D’s opened?

The first Captain D’s was opened in Donelson, Nashville, Tennessee. Today, the restaurant’s headquarters is in Nashville, as well.

How many Captain D’s restaurants are there?

There are more than 530 Captain D’s locations in the United States. 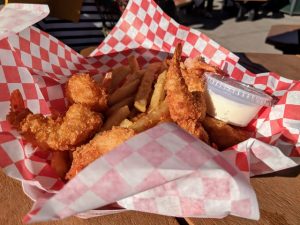 How did Captain D’s get its name?

Captain D’s got its name from the man who started the fast food franchise, Ray Danner, with the “D” in his last name being represented. However, when the first restaurant was opened, it was called Mr. D’s Seafood and Hamburgers. When the restaurant started to find success selling their seafood, the name switched to Captain D’s in 1974.

To view more information about Captain D’s, visit their website.