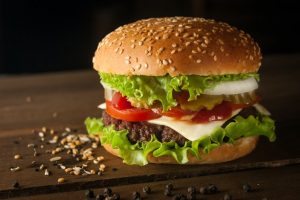 Whataburger’s menu includes hamburgers such as a Whataburger, Whataburger Jr., Justaburger, and Whatachick’n. They also have several other items such as taquitos, salads, and breakfast items.

Below are the latest Whataburger menu prices.

Whataburger was founded in 1950 in Corpus Christi, Texas, by Harmon Dobson and Paul Burton. When the restaurant first opened, it was selling burgers for only 25 cents.

The idea behind the name is that when you eat the burger, you would say “What a burger!” because it is so good. And that’s not just a marketing gimmick. Whataburger is comparable to other top burger restaurant chains and their prices are similar as well.

To view more information about Whataburger, visit their official website. 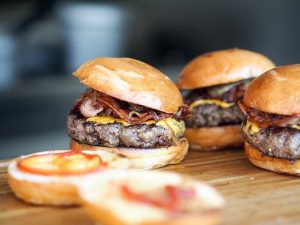 What time does Whataburger open?

Whataburger is open 24/7. Because of its hours of operation, Whataburger has become one of the most popular places to grab a late-night snack. However, some of their menu items may only be served between certain hours.

What time does Whataburger close?

Whataburger does not have a closing time because it is open 24/7. The only days that Whataburger is closed are typically national holidays. 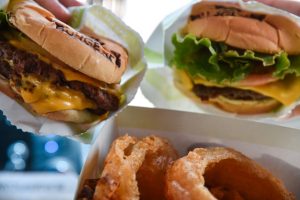 What year was Whataburger founded?

Whataburger was founded in 1950. This was right around the same time when fast food restaurants were popping up everywhere, from McDonald’s to Burger King.

Where was the first Whataburger opened?

The first Whataburger opened in Corpus Christi, Texas. It was nothing like the Whataburger locations you see today; the building was tiny and did not see a ton of success at first. However, they quickly started to gain popularity from their giant burgers – and the unique design of their buildings. For some time, Whataburger locations were built in an A-frame shape with an orange-and-white striped roof.

How many Whataburger restaurants are there?

There are more than 800 Whataburger restaurants around the country. Currently, the restaurant franchise only exists in the United States, primarily in states on the west coast and in the south.

Harmon Dobson and Paul Burton started Whataburger. Their partnership didn’t last long, but fortunately for Harmon, he would find a wife as passionate about the business as he was. Harmon and Grace got married and had kids with the goal of keeping Whataburger in the family for years to come. However, in 1967, Harmon was in a plane crash and passed away – leaving the fate of Whataburger up to Grace. Despite what others thought, Grace was able to continue growing Whataburger into one of the most successful franchises in the country.

How did Whataburger get its name?

Whataburger got its name from Harmon Dobson. He desired to sell a burger so good that anyone who ate one would proclaim the phrase “What a burger!” 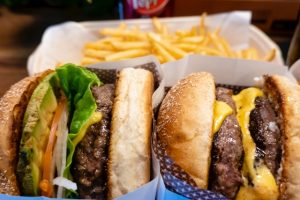 When does Whataburger start serving breakfast?

At most Whataburger locations, breakfast starts at 5 a.m. The schedule is ultimately up to the franchise owner and may vary by location.

What time does Whataburger serve lunch?

Whataburger serves lunch all day at most of their locations. There is no designated lunch menu because the fast food restaurant is open 24/7.

What states have Whataburger?

You can find Whataburger restaurants in Arizona, Arkansas, Alabama, Florida, Georgia, Louisiana, Mississippi, New Mexico, Oklahoma, California, Nevada, Arizona, Utah, Oregon, and Texas. The majority of the franchises are located in Texas, the state the restaurant was founded in.

Whataburger stops serving breakfast at 9 a.m. on weekdays and 11 a.m. on weekends, but this is subject to change based on which location you visit. Some Whataburger locations may serve breakfast all day long, or as supplies last.