Taco Bell is a fast-food restaurant that serves Tex-Mex style of foods including tacos, burritos, quesadillas, nachos, and other specialty items. There are over 5,500 Taco Bell restaurants in the United States. Taco Bell menu prices are usually very affordable.

Taco Bell is considered a late-night fast food restaurant because it is usually open till 2 AM or later. Because it is open till late and its menu prices are very low, it is thought to be one of the best “drunk foods.”

Below is a list of the latest Taco Bell prices that include individual items, sides, and combo meals.

Taco Bell was founded on March 21, 1962, in Downey, California by a man named Glen Bell. Due to serving different foods than burgers and fries, they have gone through tremendous growth.

In 1995, Taco Bell started co-branding with KFC, and today it has co-branded restaurants with Pizza Hut and Long John Silver’s as well.

Taco Bell menu prices are thought to be on the lower end of the fast-food price spectrum, so it is a good restaurant of choice for many people. You can visit our Taco Bell Coupons page to view deals and coupons on your favorite items.

Does Taco Bell have $1 tacos?

Taco Bell has $1 tacos. You can verify if Taco Bell’s $1 taco is available at your location.

What does the $5 taco box include? 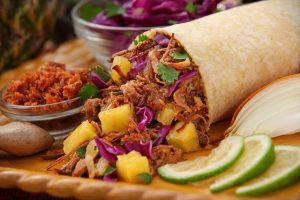 The taco $10 box includes four crunchy tacos and four beefy five-layer burritos. You can verify if the $10 taco box is available in a Taco Bell location near you by visiting their website.

What is a good value for your dollar at Taco Bell?

There are a variety of great deals at Taco Bell. Just to mention a few, they are:

Which States Have the most Taco Bell restaurants?

There are a few States which has the most Taco Bell restaurants like:

Can you order Taco Bell over the phone?

Yes, you can order Taco Bell over the phone.

For more information about Taco Bell, visit their website.