You are here: Fast Food Prices > History of McDonald’s

McDonald’s as we know it is a staple to society – its success a constant, and its continuous growth an expectation. But, like most success stories, the history of McDonald’s and the journey to harvesting the world’s largest fast-food powerhouse was not all Happy Meals and bright, golden arches.

Let’s rewind to 1940. McDonald’s wasn’t McDonald’s, yet. Its two future founders were brothers dreaming of Hollywood stardom and struggling to make ends meet. Cliché, right? Enter Richard and Maurice McDonald (we’ll call them Dick and Mac). When life backstage shuffling around movie sets wasn’t all that it was cracked up to be, Dick and Mac threw in the towel on the big screen and started on their way to the Big Mac.

The History of McDonald’s – The Start 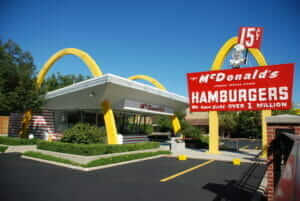 Their entrance into the food industry started in San Bernardino, California, with a hot dog stand, followed by a barbeque joint they would call McDonald’s. Dick and Mac were relatively successful in their first years of business, thriving off of cheap menu items and quick, drive-in service. As time went by, barbeque lost its steam and burgers became their main source of profit, so they dropped items like the barbeque sandwich, tamales, and chili off of their menu. From then on, the famous hamburger would be their money maker, and the process behind the food prep would be their ticket to success.

According to John F. Love’s book “McDonald’s: Behind the Arches,” Dick said, “Our whole concept was based on speed, lower prices, and volume.” It wasn’t the fact that McDonald’s burgers were any better tasting or higher quality than other restaurants of its kind. It was the speed at which they were produced and distributed to customers, requiring little to no wait at the time of their order. Dick and Mac attributed their quick process to Henry Ford’s assembly line, modeling automated mass-production in their California kitchen.

What does Ray Kroc Have to do with the History of McDonald’s? 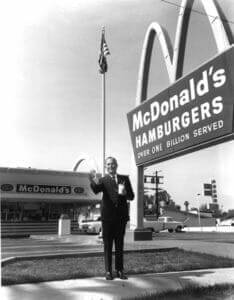 Dick and Mac were already more successful than they imagined, but McDonald’s didn’t start to take off until a man named Ray Kroc entered the scene in 1954. Ray sold milkshake mixers for a living and was visiting McDonald’s – a restaurant that used eight of them. His fascination for the small business and its wild success led to Ray becoming their new franchising agent. With Ray’s strategic approach, new McDonald’s locations were popping up at an alarming rate. By 1959, the 100th restaurant opened in Chicago.

By 1961, Ray wanted more for the growing fast food chain, so he purchased the rights to McDonald’s directly from the two brothers for $2.7 million. With a laser-focused vision, the company sold one billion hamburgers and opened 500 restaurants by 1963. To keep the momentum going, the franchise introduced Ronald McDonald – a clown who both terrified and mesmerized children. Ronald’s perma-smile and inviting persona catered to children more than a hamburger and fries ever would, and the opportunity to receive a toy with each kid’s meal captivated families around the country. It was about more than the food, it was about the experience. 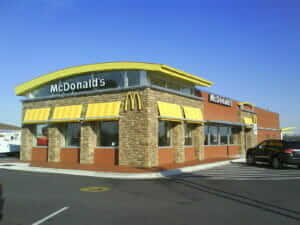 Throughout the history of McDonald’s, the same McDonald’s experience is what has kept the ship afloat all these years – providing consistent, speedy service whether you’re in the United States, Japan, or Lebanon. A brand that was born out of two brothers’ identity crises turned into the greatest success story of the century. After years of perfecting the menu, raising prices, and cashing in millions, Ray passed away. Leaving the remains of his livelihood to his wife, the McDonald’s fortune was left in generous hands. While Ray’s wife could have been swimming in diamonds, she chose to give away the foundation’s money to the charities that mattered most to her.

From a small restaurant in San Bernardino, California, to a fast food chain located all over the map, there are now nearly 37,000 McDonald’s in the world, spread across 118 countries. And, there will always be something comforting about knowing you can chow down on the world’s greatest french fries, no matter where you are. After all, McDonald’s is more than a Big Mac with a legacy that has altered the food industry forever.

A hamburger may not be 15 cents like it was when McDonald’s first opened its doors, but you can always count on the classic fast food joint to offer cheap top-sellers. To find your location’s prices, you can go to their website and enter your zip code, or check out the full menu. 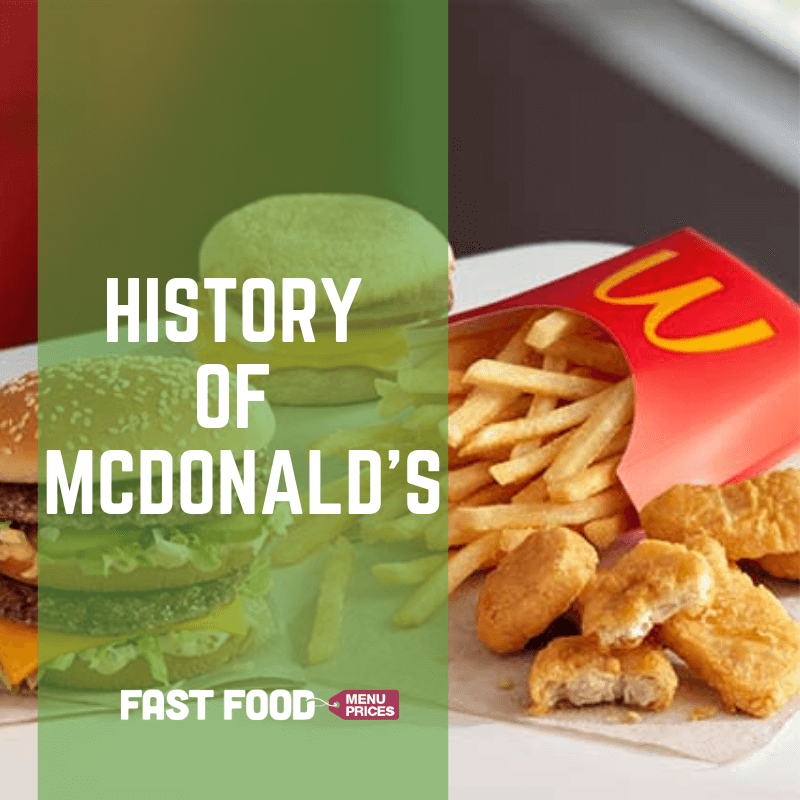