When it comes to global recognition and presence in over a hundred countries all over the world, McDonald’s made it to the top brand names. On a daily basis, they serve over 60 million customers in their locations worldwide. The interesting thing is that because of their global presence, they have adapted to the global market by creating the McDonald’s exotic menu to meet the unique tastes of their global consumers.

With the “ebi” part in it, this signifies the location of this shrimp burger. McDonald’s Japan had this unique seafood burger in their menu once.

Another seafood burger from McDonald’s is an exoctic menu item from Canada and New England.

While the most famous pie variant from McDonald’s is their apple pie, the plentiful fruit array from Brazil makes great impact on their menu. The main ingredient used for their pie variation is banana and there are some Malaysian McDonald’s outlets with this exotic item.

There was a time when McRice was a big thing in some Asian countries. Known for their love of rice, they offer the McRice burger, which has rice buns sandwiching their usual patty to come up with a more filling meal you can eat on the go.

McDonald’s is known for their many burgers and one of the exotic McDonald’s menu items in India is the McAloo Tiki burger whose patty is made up of peas, potatoes, and other spices. It is great for those who are on a vegetarian diet.

Despite their successful fast food innovations, they also have their not-so-successful products such as the McPizza which was released in the 1980s.

Another entry from Asia; this is a fried pork sandwich with a cheese filling.

McDonald’s outlets in Mexico usually have items with Mexican twist but still trace their roots to the usual American entries. Their Mollettes, however, do not. These are made of bolillos, which is a kind of Mexican homemade roll with eggs and white cheese. It is a filling breakfast meal worthy of a shot when you are in Mexican McDonald’s. 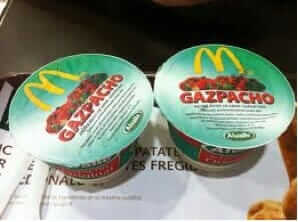 Where else can you find gazpachos but Spain? Their summer soup definitely makes it to this list of McDonald’s exotic menu items because rarely can you see a soup served in good old McDonald’s where the fans focus more on burgers, fries, and the other usual items. This soup has olive oil, water, almond, grapes, and garlic.

One of the more famous McDonald’s items for kids. The McNuggets get a healthy twist in Italy. Feed your kids a healthy, veggie filled batch of McNuggets when you visit Italian McDonald’s outlets. This is a limited promotional item though, but you can still have a taste of Italy with their other McDonald’s menu offers that sound much like bakery goods. 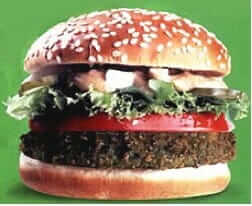 If you would like a Middle Eastern twist on your McDonald’s burger, try out the McFalafel in Israel. It is a good combination of the nation’s famous falafel and the goodness of McDonald’s burgers.

The sumptuous bulgogi from Korea is not just good with rice. In their Korean McDonald’s outlets, they offer bulgogi burger with the scrumptious sauce that will make you want to have more. 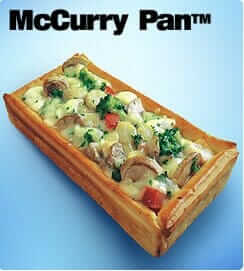 Your taste of McDonald’s exotic menu items will not be complete in India if you do not give this one a go. Known for their love of curry, the Indians have incorporated curry even into their McDonald’s offering. This box-shaped pan is filled with wholesome veggies that match the bread pan box.

If you are used to having a healthy avocado slice in your burgers, you will be in for a fruity treat in New Zealand’s Kiwiburger. Instead of pickles, they have a few slices of juicy kiwis instead! 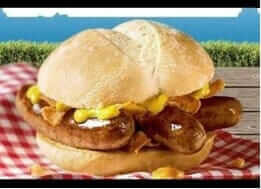 Frankfurters, anyone? Have a taste of Germany, McDonald’s style with their three-piece McSausage Burger.

Chicken lovers will get a different experience with the McDonald’s Shaka Shaka Chicken in Singapore. You will have a spice overload but done in the right proportions on your McDonald’s chicken. Get your chicken in a shaker bag and dump the spices in. Indulge in the spicy and crispy goodness after you have shaken it!

In Kuala Lumpur, Malaysia, their bubur ayam is a breakfast item similar to Singapore’s SingaPorridge. This cup of rice goodness has onions, ginger, shallots, and some chili peppers. It is usually eaten with a spork since the sloppy rice won’t be any good with chop sticks.

Invented in the land down under, you can order a Vegemite along with your McDonald’s English muffin in Australia. This is actually a healthy food option since it has a lot of vitamin B. Australians are known for having their vegemite for breakfast and McDonald’s has taken it upon them to come up with their own version to satisfy the Australian breakfast cravings.

When in Egypt or Saudi Arabia, you ought to try their shawarma. However, when in their McDonald’s outlets, never miss their McArabia. Either chicken or beef patties are sandwiched in pita bread along with tomatoes, lettuce, tahini sauce, and some onions. It is very similar to falafel, too!