This website is not associated with Dairy Queen Menu

There are many different kinds of Dairy Queen restaurants and some do not offer the lunch meals, instead only offering soft-serve ice cream and Blizzards.

Below are the latest Dairy Queen menu prices.

Dairy Queen was founded in 1940 in Joliet, Illinois by John Fremont McCullough. McCullough originally developed the soft serve formula with his son Bradley in 1938.

Currently, the Dairy Queen brand is owned by the large conglomerate, Berkshire Hathaway.

There are 5 main types of Dairy Queen restaurants:

Dairy Queen sells many different foods including Blizzards, soft serve ice cream, Smoothies, Shakes & Malts, GrillBurgers, and more. This large variety of food makes the Dairy Queen prices a little higher than the average fast food restaurant. But they have many selections that most fast food restaurants do not, especially when it comes to frozen treats.

For more information about Dairy Queen, visit their official website. 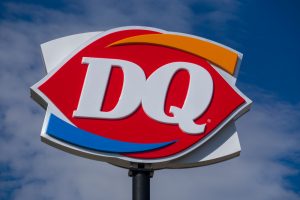 What time does Dairy Queen open?

Dairy Queen opens at 10 a.m. Be sure to check their opening hours based on your location. Unlike other popular fast-food restaurants, Dairy Queen does not open 24/7.

What time does Dairy Queen close?

What year was Dairy Queen founded?

Dairy Queen was founded in 1940. It started as an experiment on a soft-serve dessert and all-you-can-eat for just 10 cents. This turned out well for Dairy Queen, and it has since become one of the most popular fast-food restaurants. 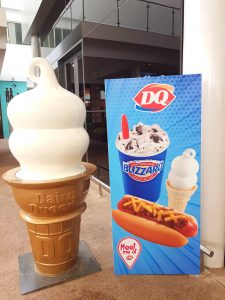 Where was the first Dairy Queen opened?

The first  Dairy Queen was opened in Joliet, Illinois. The restaurant was then operated by Sherb Noble, serving the famous soft serve ice cream and other frozen products.

Dairy Queen is owned by Berkshire Hathaway. They began their ownership in 1998, and it still is a successful business as of today.

How many Dairy Queen restaurants are there? 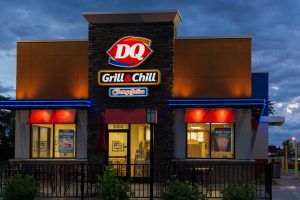 How did Dairy Queen get its name?

Dairy Queen got its name from John Fremont McCullough who claimed that the cow is the queen of the dairy business. Thus the name came about.