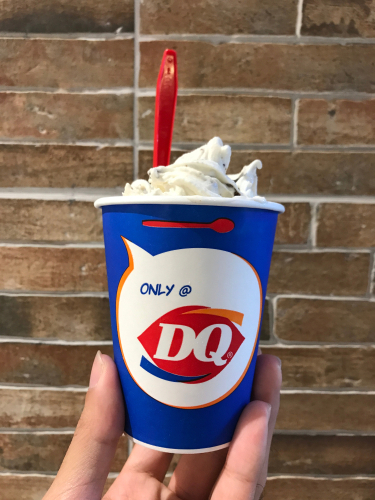 Furthermore, the nutritional information for a small Heath Caramel Brownie Blizzard is as follows: 670 calories, 26 grams of fat, 65 mg cholesterol, 400 mg of sodium, 98 grams of carbohydrates, and 14 grams of protein. This soft-serve ice cream blend can only be obtained at participating Dairy Queen locations for a limited time.

There are a number of other blizzards that can be seen on Dairy Queen’s website, such as candy classics, signature creations, and the royal blizzards. To see the full Blizzard and food lineup at DQ, check out our Dairy Queen Menu Prices Page.