Arby’s was founded by Forrest and Leroy Raffel in 1964. Through the years, it has become one of the most popular restaurant chains worldwide. Arby’s may not be enjoying the same amount of limelight as Mcdonald’s or Burger King, but their delicious sandwiches were able to get them a pretty big slice of the market.

Arby’s is also able to establish their brand identity through their really unique red cowboy hat logo. Although Arby’s logo is simple, it does stand out as compared to other fast food places. Arby’s is known for their famous curly fries and breakfast menu. When people see the red cowboy hat, they know really good sandwiches can be found there.

The cowboy hat is the main element of Arby’s logo. It reflects the Wild West nature of the fast food restaurant. The cowboy hat has become a very recognizable logo. However, it’s not only their logo but also their overall franchise that helped them have a good old-timey kind of atmosphere.

Arby’s first logo included a cowboy hat with the saying “Arby’s Roast Beef Sandwich Is Delicious.” There are still some branches that use this logo, but it’s gradually being replaced by the newer ones. 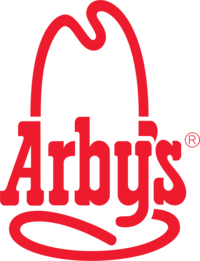 In 1969, the logo was revamped into the famous red hat. This was the first revamp that Arby’s logo went through and it was well-received by the public.

However, the next revamp of Arby’s logo in 2012 received a lot of negative feedback. The top of the hat became a bit longer than the previous logo. The font was also changed and all of the letters are in lowercase. The apostrophe was tweaked a bit as well as the letter “s.”

Due to criticism the 2012 logo received, Arby’s decided to use it only for a year and made another revamp of their logo. This time they changed the logo in a way that was similar to their earlier logos and one that reflected their roots. This is the logo they are using until the present.

The logo’s shape did not undergo much change. The first logo included a cowboy hat with the text “Arby’s Roast Beef Sandwich Is Delicious” inside the hat. The style of Arby’s first logo was on the marquee.  However, in 1969, it became more minimalist and simple. From marquee style, their logo adopted the famous red hat that people have grown to associate the restaurant with.

In 2012, the hat was shortened and became three-dimensional. Unfortunately, this revamp has made it as one of the worst redesigns in the history of the fast food industry. The public as well as graphic designers have criticized the 2012 logo for losing touch with its roots and being too commercial. However, the logo they are using in the present was able to remedy the negative feedback they received from their 2012 logo. 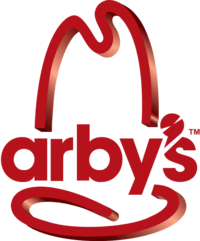 The color of Arby’s logo did not undergo much change as well. But of course, it is still an important element. Certain colors evoke certain emotions or feelings from people. Arby’s logo uses the color red. This color can symbolize various feelings such as power, strength, perseverance, energy or danger. These feelings can be found in Arby’s Wild West atmosphere. It’s a very emotional color.

The color red also symbolizes hunger. Well, that explains why it can be found in many fast food logos such as Wendy’s, KFC, Mcdonald’s, Pizza Hut, Burger King, and more.

The founders of Arby’s wanted to make their customers feel the American West atmosphere when they are in the restaurant. This is why Arby’s first logo used the serif font in the text “Arby’s Roast Beef Sandwich Is Delicious.” The first revamp of their logo still retained the serif font even if the whole text inside the hat in the first logo was removed. However, in 2012, they changed their font into Futura Bold which received negative comments from the public and graphic designers. Fortunately, their present logo was well-received by the people. 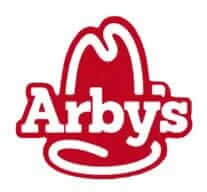 Up until today, Arby’s is still thriving in the fast food industry. Their brand identity dictated by their logo also plays a huge role in their continuous success. This will most likely go around for many more years to come.