You are here: Fast Food Prices > Wendy’s Founder Said “Sorry” To Daughter For Using Her Namesake Before He Passed

Wendy’s celebrated its 50th anniversary of business over the weekend, but there’s something even more endearing hitting the headlines this week. A sweet moment between Wendy’s founder Dave Thomas and his daughter Wendy was shared in a  recent blog post, “The Real Wendy – In Her Own Words,” written by the restaurant’s namesake and Dave’s daughter, Melissa (Wendy) Thomas.

Shortly before Dave passed away in 2002, he and Wendy were chatting about the business, which she had been actively involved in as a franchisee for years. He said to her, “You know what? I’m sorry. I should’ve just named it after myself because it put a lot of pressure on you.” 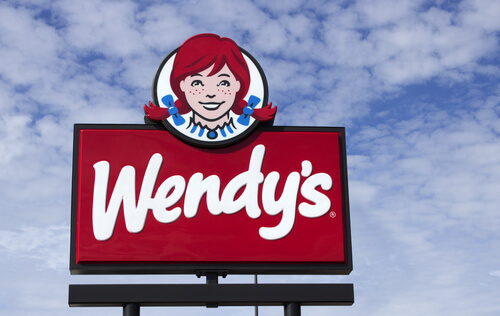 Her response? “Yeah, it is a lot of pressure. I have to do the right thing.” Wendy goes on to write in the blog post about the many blessings that come from her family’s business to the many challenges that come with following in her father’s footsteps. She openly discusses how much the fast food franchise means to her, something she didn’t fully understand the depth of until adulthood.

In fact, Wendy’s name wasn’t the only muse in the making of the burger chain. The red-head with pigtails is no fictitious face – it was sketched up after Dave took a photo of Wendy as a young girl. He was first inspired by KFC’s Colonel Sanders when he realized just how memorable it was to have a face associated with the restaurant.

And while being the face (and name) behind one of the biggest restaurant franchises in the world is a tall order, she is “as encouraged and motivated as ever by [the] brand.”