It may be a dreary time of year for most of the country, but there is something to celebrate on these last long days of winter. Seafood season is here! Fast food restaurants nationwide are announcing the return of their beloved fish sandwiches and other dishes as a part of Lenten season. In fact, Long John Silver’s was one of the first chains to do so with the announcement of their 2020 Lent specials. 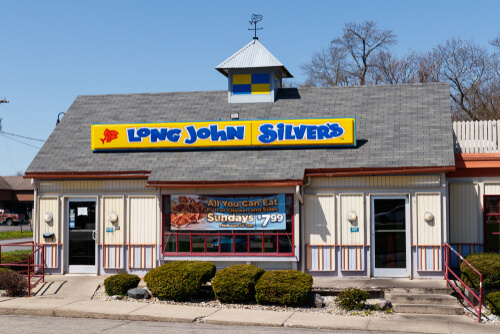 To kick things off with a bang, Long John Silver’s is offering an all-you-can-eat deal for a limited time. The promotion will include fish or chicken, along with sides and hushpuppies starting at $7.99 per person. Normally, this deal only happens on Sundays, but customers can enjoy an all-you-can-eat meal now through February 25. In addition to the kickoff, Long John Silver’s will be offering seafood deals all season long, including: