Fast food fish flies way under the radar, only surfacing for a couple of months out of the year referred to as “Seafood Season.” But what about the rest of the year? We’re here to uncover the truth about fast food fish sandwiches – the good, the bad, and the ugly (trust us, there’s a lot of ugly).

Not suprsingly, fast food fish sandwiches have a bad rap. People picture frozen and gray, far from fresh fish. But not all fish sandwiches deserve to be grouped in with the rest – some aren’t half bad. But don’t worry, we’ve clearly specified below which sandwiches are worth your cash and which you should cast back out to sea.

Most of them are made from of Alaskan pollock or cod (cod is generally the higher-quality of the two). And some are available all year round, while others only bring out their big fish guns during Lenten season.

Keep in mind that every fast food fish sandwich will recieve complaints. People are much more picky about their cod and pollock than they are about chicken and steak, and we can’t blame them. So, just because Fred on Yelp says his sandwich was subpar, doesn’t mean you will feel the same. 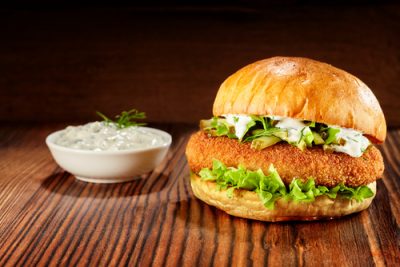 Culver’s North Atlantic cod is hand-cut and hand-battered, layered with a family recipe of olives, capers, sweet relish, lettuce, and cheddar cheese, all between a toasted hoagie roll. Since this fast food fish sandwich is made to order, you can guarantee the fish is fresh, which is what helped land this sandwich in the #1 seat. When Culver’s says “cooked to order,” they mean it, boasting that your food will not even touch the grill until after you order it. So, when they hand you a blue number tent, try hard not to roll your eyes because it’s a lot better than serving you a piece of microwaved frozen cod.

The only complaint we have received about Culver’s fish sandwich is that it’s a little dull when it comes to flavor, but that’s nothing that can’t be fixed with some extra sauce. 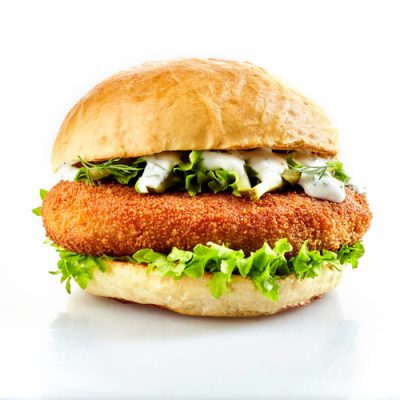 Wendy’s also has their own version of the fish sandwich, and it’s surprisingly not bad. It contains a wild-caught North Pacific cod filet covered in crunchy panko breading and served amid tartar sauce, three dill pickle slices, and lettuce. With all-around decent customer reviews, you can’t go wrong with this fast food fish sandwich, but it is only available around Lent, so don’t miss out between February and April. 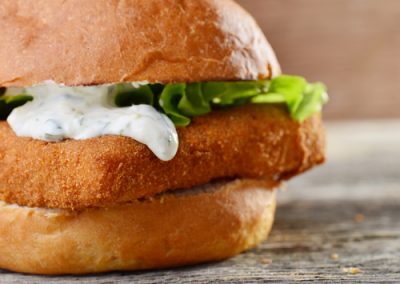 Another classic option from Captain D’s is the Giant Fish Sandwich. So, what makes it “giant?” There are two fried fish filets drizzled with tartar sauce and topped with shredded lettuce. The toasted bun is hefty enough to keep the sandwich from falling apart as you take a bite, which is a lot more than most fast food fish sandwiches can say. The Giant Fish Sandwich is available at some Captain D’s locations all year long, but some outlets only release it for Lenten season each year. 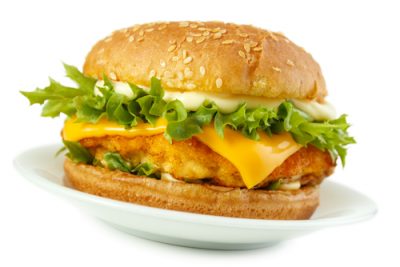 The BojAngler features a wild-caught cod filet rolled in Bojangles’ special seasoning blend, topped with cheese and zesty sauce, and docked between a golden, toasted bun. The fast food fish sandwich is welcomed back onto the Bojangles’ menu alongside the BojAngler Fish Platter during Seafood Season each year. The oversized cod filet is one of the best you can find and is complemented well by the flavorful, creamy tartar sauce.

You can also get the same Cajun-seasoned cod with the dinner platter, including two filets, two fixins, a buttermilk biscuit, tartar sauce, and a drink.

Availability: Limited times throughout the year

Of course, we couldn’t forget the sandwich that started it all. McDonald’s Filet O’ Fish serves up its iconic wild-caught Alaskan pollock topped with American cheese and tartar sauce, and served on a soft, steamed bun. One thing the Filet O’ Fish has on its side is longevity. This fast food fish sandwich has been on the McDonald’s menu since 1962, and it’s available all year, not just during Seafood Season.

Normally Chick-Fil-A is a list-topper, but fast food fish sandwiches are a different animal. For a limited time during Lent, Chick-fil-A breaks its chicken mold and offers up a fish sandwich. It features two pieces of cod, perfectly battered and fried. It would be easier to eat if there was just one patty, but nothing to gripe over. You have to add the tartar sauce yourself from little packets they throw in your bag. Order this battered classic with a side of iconic waffle fries, and you’ll be satisfied. 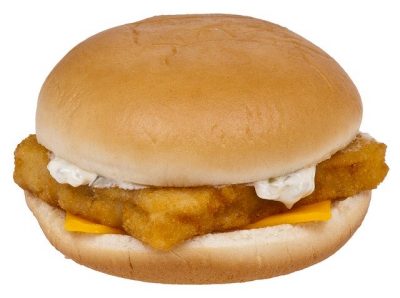 White Castle is no stranger to experimentation, so it’s no surprise that they’ve added a Fish Slider to their menu. This fast food fish sandwich is made of Alaskan Pollock and topped with cheese (American, Jalapeno, or Smoked Cheddar) on their traditional slider bun. It appears to be bigger in size than the burger sliders, which is a major bonus. However, it tastes nearly identical to McDonald’s Filet-O-Fish (maybe they catch their pollock from the same spot). The tartar sauce comes on the side, which is kind of odd for a fish sandwich – who would eat one plain?

Note that this fast food fish sandwich seems a bit pricey for the size. It’s around $2 for a single slider.

Subway’s Tuna Sub is one of their most popular food items, which is why we had to include it on our list of fast food fish sandwiches, even though it’s not another cod patty. This sub is great on Italian Herb & Cheese bread, topped with lettuce, onions, black olives, tomatoes, and jalepeños. If you’re looking for a low-carb or gluten-free option, ditch the bread and turn this sandwich into a Tuna Salad. 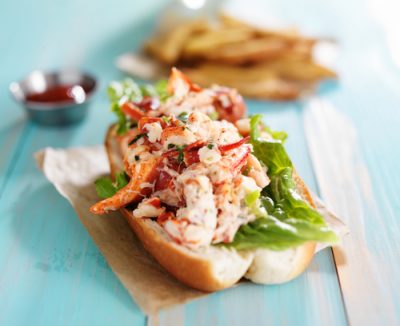 A lobster roll should count as a fast food fish sandwich, right? Our vote is clear with this one. Captain D’s specializes in fast food fish, so if you’re going to swing through a drive through to get seafood, this is the place to go. A lobster roll is pretty much a given during any seafood feast. Captain D’s serves it up from the waters of the North Atlantic, New England style. 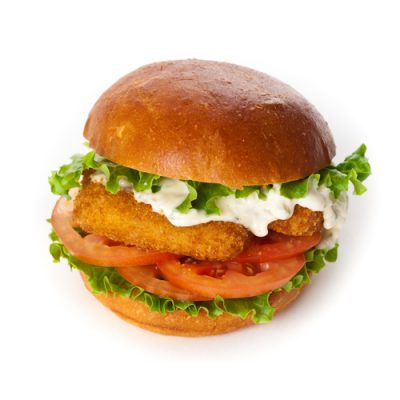 Carl’s Junior fish sandwich features a beer-battered fish filet (shoutout Redhook Brewery for the booze!) with tomato and lettuce  sandwiched between a soft, sesame bun. For starters, the fish patty is paper thin, and there is way too much lettuce piled on top. There is a small amount of tartar sauce drizzled on top, but if you want to make sure you can taste it, we recommend asking for extra. The taste of the fish patty isn’t bad, but the thinness of it kills the whole presentation. 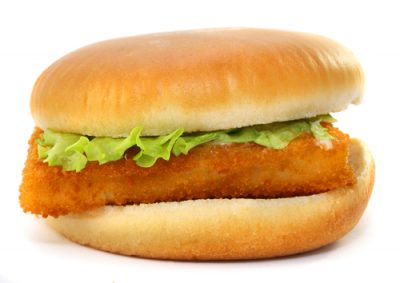 It seems you can get a fish sandwich anywhere nowadays…even at an ice cream specialty chain. Dairy Queen offers its own version of the fish sandwich, featuring a crispy fish fillet topped with leaf lettuce and tartar sauce, but it rounds our list out at the bottom for a reason. This fast food fish sandwich lacks the “crisp” that is so promises in the title, while the bun is stale and lettuce is soft. It’s only available for a couple months out of the year, but don’t go running to your nearest DQ because you’ve got 10 better options to choose from here.

Availability: Limited Times Throughout the Year