You are here: Fast Food Prices > Is it Possible to Lose Weight with Fast Food?

If you’ve ever heard of the highly promoted Subway diet a certain Jared used to lose weight in the past, then you may have wondered if you too could lose weight with fast food. Believe it or not, all fast food choices aren’t going to bust your waistline and pack on the pounds. Any fast food diet needs to be like a more traditional diet and go for healthier food choices whenever possible. Because fast food is about convenience at its heart, it is possible to shed unwanted pounds if you stick to particular meals from a handful of restaurants. 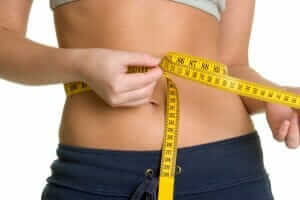 This is always a good option but it really only comes up when chicken is the meat being cooked. Kentucky Fried Chicken happens to grill some chicken too and while the taste really doesn’t compare, they do still hit it with their unique blend of herbs and spices. If it’s impossible to get it grilled where you are, you can look for baked chicken too. With the right addition that can be made crunchy enough to satisfy any fried chicken lover looking for that snap when they bite down. Grilling meat adds fewer calories than frying it so it’s a much healthier way to cook.

The Subway Diet Did Work

The fact is, some guy named Jared really did lose hundreds of pounds eating nothing but Subway sandwiches. What they don’t like to tell you is he had to make some lifestyle changes like adding exercise and cutting calories elsewhere. He also got either tuna or veggie subs without dressing, some truly bland stuff. You could lose weight without eating so poorly but if you want to do it like he did it, you can mimic Jared’s Subway weight loss story if you’re willing to put in the effort he did. It’s more than just eating.

If you’re not into Subway sandwiches, there are other good meals you could make into mainstays in your fast food diet. McDonalds happens to offer a couple different salads that come with either grilled or fried chicken. Naturally, the grilled chicken is going to come with fewer calories, but the fried salads are going to taste better. If you’re willing to skip the soda and get a water to go with your meal instead, that might not be a problem at all. Most fast food restaurants just don’t advertise their salads as much as they do their other food which sells better.

Burger King is Good Too

Salads from Burger King come with meat that has that distinctive and delicious flame broiled kind of flavor. You can get grilled chicken or fried like normal but everything has a kind of charred flavor to it and that’s a real selling point for many people who love to eat at Burger King. Any fast food diet should probably include coffee too, since that’s been proven to help aid in metabolism and burning calories. The King happens to make a great cup of Joe and it’s still good if you don’t load it up with sugar and cream.

If you just can’t give up your favorite fried or fatty foods, you could at least cut some of the carbohydrates out of your fast food diet. If you want to lose weight with fast food, you need to remember that carbs which don’t get burned up right away through activity end up turning into fat too. This converted fat is just as hard to get rid of as the fat which was there in the first place. Going with wraps or tortillas instead of buns or whole loaves of bread can really help.

Add Exercise to Your Life

This is where fast food restaurants usually fail the consumer. It’s not like you can expect them to get gyms on site as well but you need to add exercise to your daily life somehow if you want to lose weight with fast food. Those calories need to get burned doing something. If you have a highly active job moving things around a warehouse or pushing mail carts then you might be able to get away with just going to work every day. Taking stairs instead of elevators, walking to nearby stores instead of driving to them and making other small changes can yield big results.

This is where many consumers fail themselves. Most people would probably agree that eating and eating until full is the ideal meal experience. However, when you’re filling up with fat and carbs instead of fiber and protein, your body needs more to be satisfied and so you naturally eat more. You must have smaller portions if you want your fast food diet to work. Whatever amount you’re used to having, you will need to have a bit less since most fast food meals naturally come with more calories.

Watch What You Eat

Having all the nutritional information for the items you want to include in your fast food diet doesn’t do you any good if you don’t read through it. After looking at the calorie counts and sodium content in many of your favorite meals, you’ll probably want to reconsider whatever you thought was a good plan. Fast food is supposed to be convenient but there is only a small window where it is simultaneously healthy. Be sure to read the nutritional information for everything you eat, not just fast food items. It’s important to know what you’re putting in your body.

If you’ve been thinking about how to lose weight with fast food, you should know that people have done it before. It’s usually less expensive than buying food and preparing it on your own and there’s something to be said for all the time saved by pulling up to a drive thru window and being fed within minutes instead of hours. Any fast food diet needs to focus on the person eating less and exercising more as a baseline. Beyond that, making healthier food choices which are lower in fat and carbs while higher in fiber and protein will help.