So, you’re on a keto diet and you don’t have time to cook. You also don’t have the time or money to dine in a sit-down restaurant every day. It’s grab and go time! When you’re on a keto diet, you have to carefully watch your carb intake. That’s a bit challenging when fast food restaurants are all about French fries and sandwiches with bread. Fortunately, if you plan ahead and know your options, there are some keto-friendly fast food options that are quick and affordable. 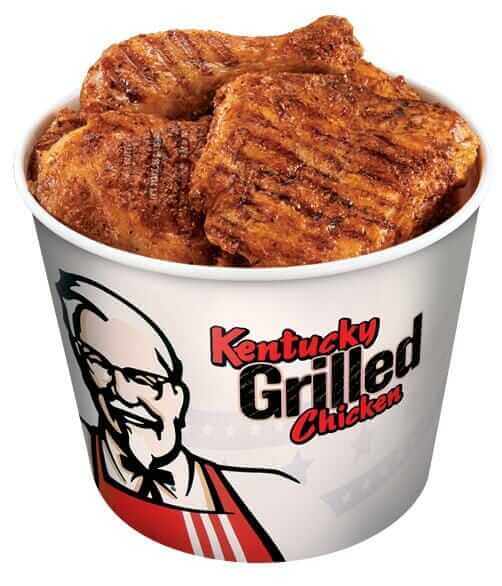 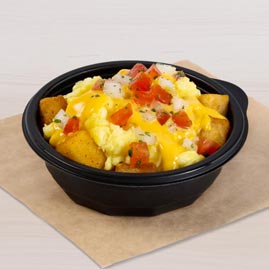 You can’t go wrong with eggs when you’re on a ketogenic diet and this Mexican skillet bowl combines eggs with another low-carb alternative, steak. Both ingredients are keto friendly, but you’ll have to ask for the bowl without potatoes to keep the carb count reasonable. When your bowl arrives, you’ll dine on a bowl of steak, eggs, shredded cheddar cheese, guacamole, sour cream, and chipotle sauce. Not a bad way to start the morning!

Subway Tuna Salad as a Salad

Subway gives you the option of enjoying their subs as a salad rather than a sandwich. That eliminates the high-carb bread or bun. One of your best, keto-friendly options at Subway is the tuna salad. You can customize it, so ask for lettuce, spinach, green peppers, and they’ll add a dollop of tuna salad on top. You can also ask for a sprinkle of cheese. With the mayo in the tuna salad, you can probably get by without salad dressing. If you need extra dressing, ask for oil and vinegar. 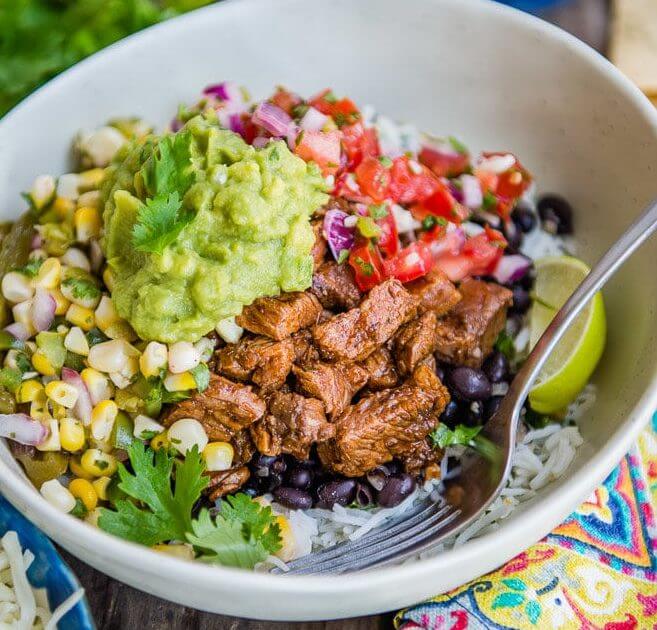 Chipotle makes it easy to eat a ketogenic diet as you can order items a bowl instead of a burrito. One of the best, keto-friendly options at Chipotles is a steak salad bowl. You can even add extra steak if you’re super hungry. As with Subway, you can customize what you put in your bowl. Begin with romaine lettuce, of course. Then, add steak, shredded cheese, and a little guacamole sauce. Guac is a good source of healthy, monounsaturated fats that will help fill you up. 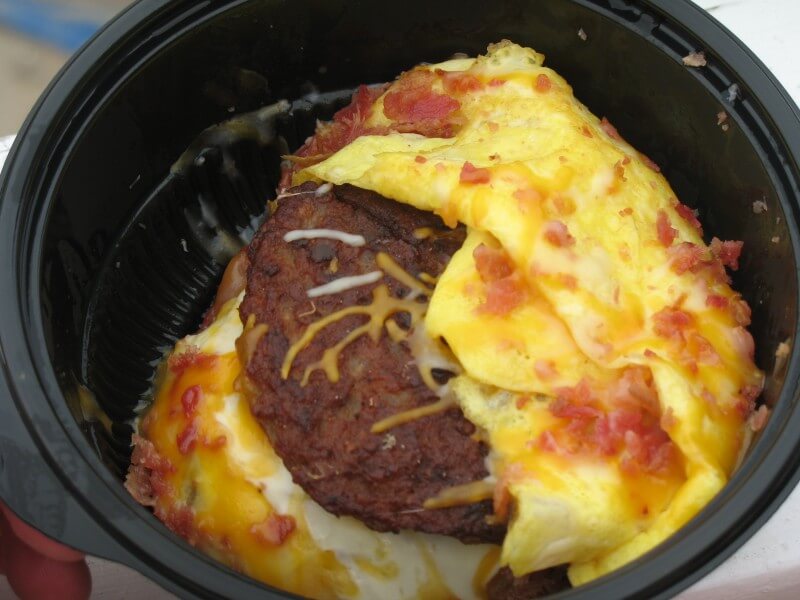 Hardees is one of the more keto-friendly fast food restaurants. Not only do they offer a lettuce burger, but you can also order up a quick and convenient low-carb breakfast bowl. A low-carb breakfast bowl at Hardee’s consists of an omelet, folded eggs, a sausage patty, and topped off with Swiss and cheddar cheese. They top it off with a sprinkling of bacon bits. Keto-friendly has never been so satisfying or low carb. 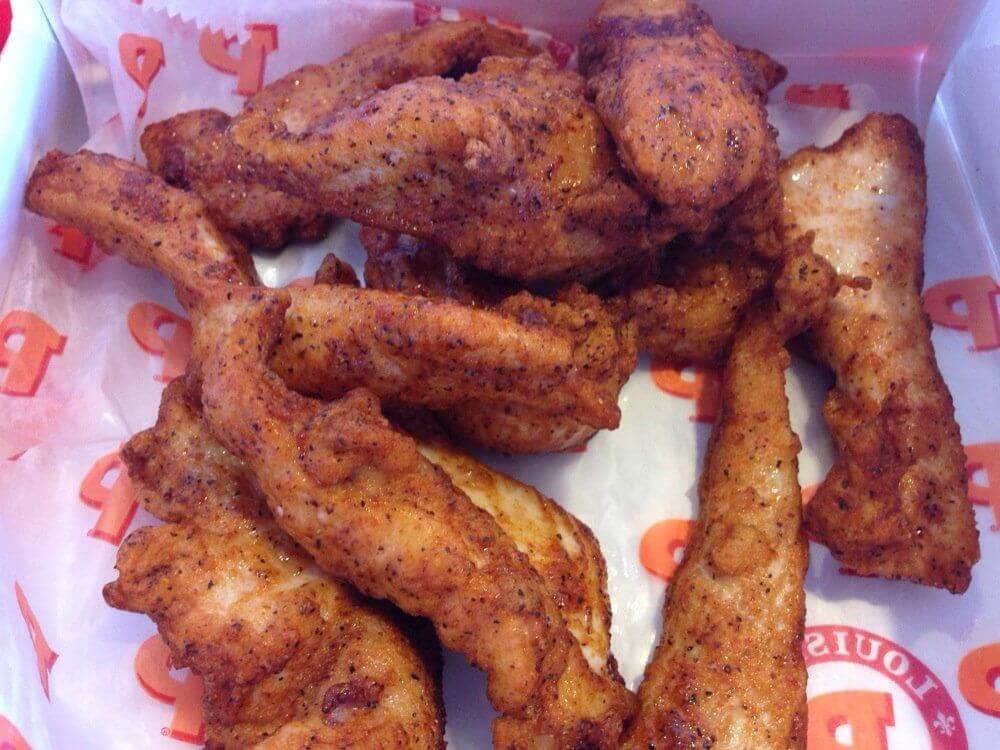 If you’re eating keto on the run, Popeyes has you covered, although the options are limited. One of the best choices is the blacked chicken tenders that come in a five pack. Blackened on the grill, five blackened chicken tenders will set you back only two grams of net carbs. That’s a bonus since the chicken tenders and nuggets at some restaurants contain enough breading to make them keto unfriendly. Of course, you’ll want something to dip them in. Mayo is low in carbs and works well to diffuse some of the spice. Get a pack of tenders to go too! You can afford to with a carb count this low. 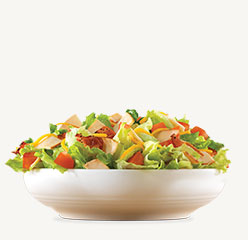 Arby’s offers a hearty salad that’s low enough in carbs to fill you up while you meet your keto goals. This satisfying salad is a combination of mixed lettuce, chopped tomatoes, roast turkey, pepper bacon, and shredded cheddar cheese. Top it off with Arby’s light Italian dressing but doing so will add another two grams of carbs. Easy!

Chick-Fil-A Grilled Nuggets with a Side Salad

One of the more popular keto items on the Chick-fil-A menu is their grilled nuggets. Unlike the nuggets at most fast food restaurants, they aren’t covered in a layer of breading. This makes their carb count quite reasonable. Even when you throw in a side salad, the carb count is still only nine grams (six grams for the salad and three grams for the nuggets). So, enjoy these tasty nuggets when you’re on the go! 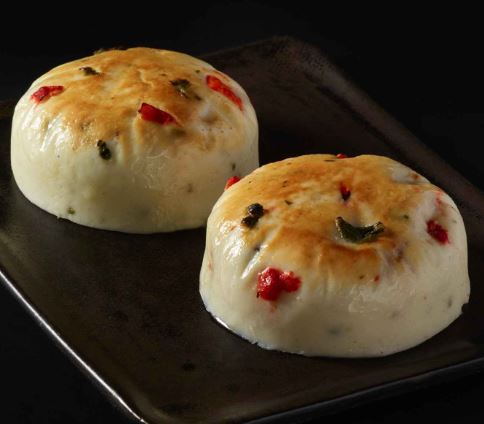 Starbucks serves more than coffee these days, but their food offerings are typically high-carb fare, like pastries cookies, and brownies. However, they upped their game when they added sous vide egg bites to the menu. Not only are these tasty egg bites high in protein but they also contain only nine grams of carbs. Made of eggs, bacon, gruyere cheese, butter, and cottage cheese, they’re perfect to munch on while you sip a cup of coffee with cream and no added sugar. Each order comes with two egg bites. 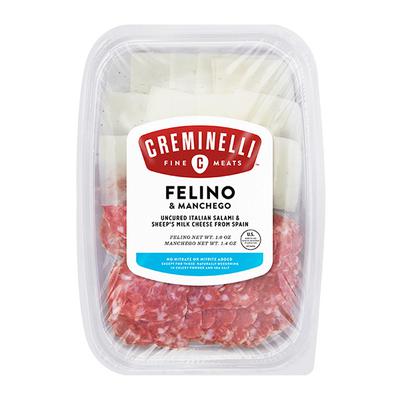 Plain coffee with cream isn’t the only low-carb option at Starbuck’s. You can enjoy the Creminelli Sopressata Monterey Jack Snack Tray along with your brew. It consists of Italian salami marinated in red wine and prepared with organic garlic. Alongside are slices of Monterey Jack cheese. Add a cup of black coffee and you have a quick meal or snack.

Enjoy these quick, keto-friendly options when you’re in a hurry or on the go. Low carb has never been so easy or satisfying! For additional healthy fast food options, check out these Low-Calorie Fast Food Options.