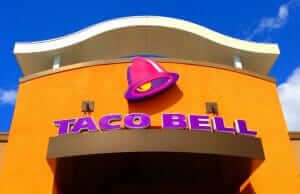 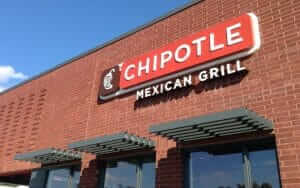 Take a quick look at the menu for Taco Bell and the menu for Chipotle and you’ll see an instant similarity, particularly with their burritos and tacos. However, despite being similar the two are radically different under the hood. To be specific, Taco Bell is significantly a healthier choice. But this doesn’t necessarily mean Taco Bell is an instant gateway to weight loss – it just means it’s the lesser of two evils. Here’s how we know.

The test was to look at several menu items that were similar in size and their list of ingredients. This would ensure that the comparisons were on even ground. However, there was a need to build a similar menu item from Chipotle given how the establishment, like Subway, allows their consumers to build their own meals compared to Taco Bell’s set menu choices.

When you compare the two on a per-gram basis then things shift a little bit but not by much. Chipotle’s burrito, on a per-gram study, has approximately 50 percent more fat per gram compared to the burrito from Taco Bell. On this comparison rate it also has three times as much cholesterol as the Taco Bell burrito. However, the Chipotle burrito does have a few benefits such as nearly twice as much protein and 50 percent more fiber.

With such a size difference it should come as no surprise that the Taco Bell burrito is significantly cheaper at just $2.99 compared to the one from Chipotle which can hit just over $4 depending on what state you’re from. Keep in mind that they have the same ingredients and are built to be the same, with the only difference being that the Chipotle had to be built from scratch since there is no menu item that is exactly like the one from Taco Bell. If you had to make a choice based solely on your budget then Taco Bell would be your best option.

Comparing both burritos on all 4 levels, it’s easy to see that the Taco Bell burrito is significantly the better option. It’s more affordable, it is slightly healthier compared to what Chipotle has to offer and you’re generally getting the same burrito no matter which fast food chain you pick.

This is just a simple comparison between their burritos and it is important to keep in mind that they both offer tacos and salads. However, Taco Bell does use more artificial ingredients so that may be a deciding factor for you as well. Do a similar comparison if you ever feel the struggle between other similar fast-food chains like Burger King and McDonald’s in order to truly determine which one is really worth spending your money on.