Some say that ice cream is the best and safest business to venture into because you can never go wrong with ice cream. Kids from age 2 to 92 will always crave for those sweet desserts. They are literally mouthwatering and they really do melt in your mouth. Here are four of the biggest names in the ice cream industry, let’s see how they compare to one another.

Sub Zero Ice Cream was established in Orem, Utah in 2004. They serve both ice cream and yogurt desserts. Sub Zero Ice cream currently has 49 locations in the United States.

Carvel Ice Cream however, started much earlier in Hartsdale, New York during in 1929. Carvel is best known for their soft serve ice cream and ice cream cakes. At present, Carvel has expanded to over 530 locations in 30 states and moved their headquarters to Farmington, Connecticut.

Baskin and Robbins, the world’s largest ice cream chain, is based in Canton, Massachusetts. It originally started in Glendale, California in 1945. Today, Baskin and Robbins has over 7,300 locations in 50 countries.

Dairy Queen, also known simply as DQ, started in Joliet, Illinois in 1940. DQ is best known for their soft-served ice cream. As of present date, Dairy Queen already has 6,400 stores in 27 countries.

What’s in their Menu? 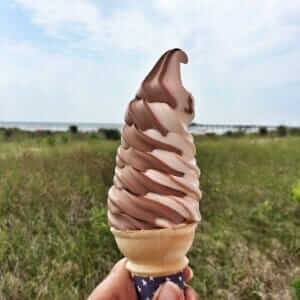 Sub Zero is a create-your-own ice cream parlor. You start off by choosing the base of your ice cream. You can either choose their original custard base, low-fat, yogurt, lactose-free, vegan or sugar free. Then, you have to choose from 18 flavors of ice cream some of which are blackberry, cake batter, caramel, cheesecake, cherry, chocolate, cinnamon, coconut and coffee. Lastly, you have to choose your mix-ins there are 17 mix-ins to choose from; almonds, Andes mints, brownies, cheesecake bites, chocolate flakes and flakes then, they can start blending. All these cho9ices give you 1,836 possible flavors and that’s if you are only going to choose one mix-in.

Baskin and Robbins doesn’t go for the ordinary flavors but always makes up their own concoctions. They have 51 original ice cream flavors which include Dunkin’ Donuts Coffee ‘n Donut, America’s Birthday Cake, Bananas Foster, Baseball Nut, Black Walnut and Cherries Jubilee to name a few. For the weight-watchers and those who are careful about their sugar levels, Baskin and Robbins has a special section called “Bright Choice” which has 6 flavors; Fat-Free Frozen Vanilla, Greek Sunset Greek, Sugar-Free Truffle, Sugar-Free Pineapple Coconut, Raspberry Sinceri-Tea and Watermelon Splash. Aside from ice cream, Baskin and Robbins is also well known for their ice cream cakes. You can choose from what’s available in their store displays or they can customize one for you.

In terms of flavor options, Sub Zero has the advantage because of their mix-and-match approach to blending your ice cream there are 1,836 flavor possibilities and that is only when you are going to choose one mix-in. when people get to choose multiple mix-ins, the flavor choices increases exponentially. However, there is something dull about not seeing the ice cream. That would be like buying a shirt by just describing its size and color without actually seeing or touching the product.

Dairy Queen is best when it comes to soft serve-ice cream. In fact, a lot of people are already referring to soft-serve ice cream as a Blizzard with Dairy Queens popularity.

As for Carvel, it is the sentimental and traditional favorite. Behind its taste is the perfect American couple’s tale of hard work, dedication and success.

In the end, all ice cream treats are great treats, and if a man has only one day to live, a part of that day will probably be preferred to be spent in a Baskin and Robbins, Sub Zero, Carvel or Dairy Queen Store for one last scoop of life’s goodness.