If you fail to read the fine print, you’ll probably confuse Burger King’s Value Menu with a dollar menu. Then, you’ll end up short-changed, feeling betrayed at the counter when you have to pay an extra 49 cents for your bacon cheeseburger — and nobody likes that.

Much like other crowd favorites, Burger King called it quits on its long list of 99 cent options and prayed their value menu would attract customers. However, we’re not talking $5.00 sandwiches here… Everything you’ll see below is from a dollar to $2.29. Over the years, Burger King has significantly decreased the number of items on its value menu to keep customers on their toes. Do you think it’s working?

If you’re going to label this a Bacon Cheeseburger, skimping on bacon is a risky move, BK. But for a dollar, you can’t expect the world. The smoky flavor in the burger is a saving grace, but hold the loads of ketchup and mustard, please.

Weighing in at 320 calories, the Bacon Cheeseburger, topped with crinkle-cut pickles, American cheese, and bacon is one of the better options on the menu. 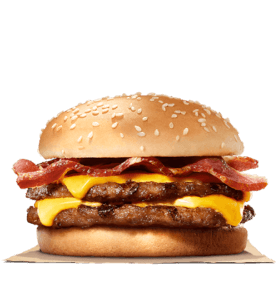 A single bacon cheeseburger isn’t enough to eat for everyone, you know. The addition of an extra patty makes all the difference. No longer drowning in a sea of ketchup and mustard, the extra 80 cents gives the bacon double cheeseburger a balanced taste. To mention the obvious — you get more bacon, and that’s always a blessing. 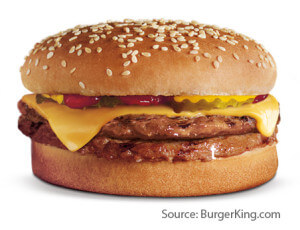 It may look like a whopper at first, but it’s nice not to have to swim through mayo when you take a bite. Boasting Burger King’s “signature flame-grilled beef,” take comfort in knowing it’s everything you would expect out of a fast food burger: cheese, ketchup, mustard, and pickles.

And since BK is self-proclaimed the king of burgers, it’s safe to assume they’d get this one right. Yet, with additional cheap options like the Rodeo Burger and the Whopper Junior, how confident are you that you’d go for this plain jane burger instead? 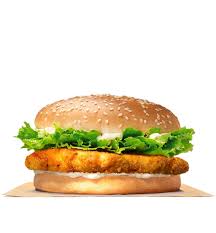 It’s no McChicken, but we’re not saying that’s a bad thing. The peppery patty is a fairly standard chicken sandwich, topped with lettuce and mayo, and well worth a dollar. Pair this crispy chicken breast on a toasted sesame bun with the value menu’s onion rings for a budget-conscious, delicious dinner.

Someone should tell the King to kick it up a few more notches. Between the creamy spicy sauce and the chicken patty, you’d think your mouth would be on fire – but the sandwich is actually quite mild.

True story — there are people who go to Burger King for a hamburger and drive across the street to get McDonald’s fries. They’ve changed their recipe more times than we can count, and it’s still not quite there yet. But, if there isn’t a McDonald’s or Chick-fil-A nearby, these will do.

If you want onion rings, you’d have to go to Hong Kong to get them from McDonald’s, so they definitely serve as one of BK’s competitive advantages over their long-term rival. Not to mention, who doesn’t want more fried food options to go with their Whopper? However, if you don’t get the side of their Zesty Sauce, don’t even think about it.

All is right with the world when you can spend less than two dollars on chicken nuggets. (We just won’t ask what they’re actually made of.) Plus, anything you dunk in ranch, barbeque, or honey mustard ought to be delicious. PS – if Burger King Corporate is reading this, bring back chicken fries. 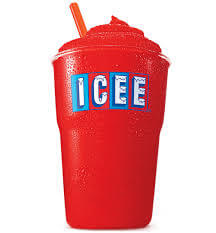 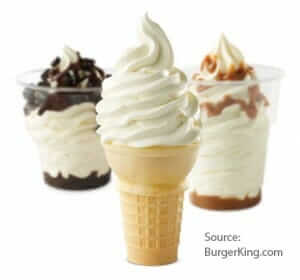 If the Icee machine is working, it would be a miracle if the ice cream machine was operating properly, too. Salty, greasy foods require a dessert, don’t they? It’s hard to mess up vanilla ice cream, so you really can’t go wrong by topping off your cheeseburger and fries with a classic cup or cone. 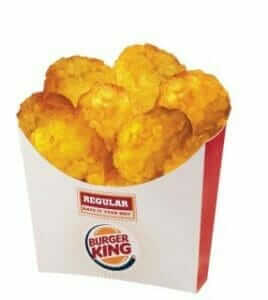 You could share these bite-sized hash browns with a friend, but chances are you won’t. When you mix fried potatoes, salt, and breakfast, it’s hard to go wrong. Plus, there are nearly 20 breakfast food options to pair your hash browns with – from egg sandwiches to burritos and French toast sticks.

The Garden Side Salad isn’t part of the official value menu but it’s a steal and the only healthy alternative for this price, which must mean it tastes unbelievably good or BK doesn’t care about the health-food craze (you choose).

While Burger King’s value menu may have limited options, the fast-food giant offers other promotions throughout the year to compete with the golden arches next door and keep its customers and their wallets satisfied. 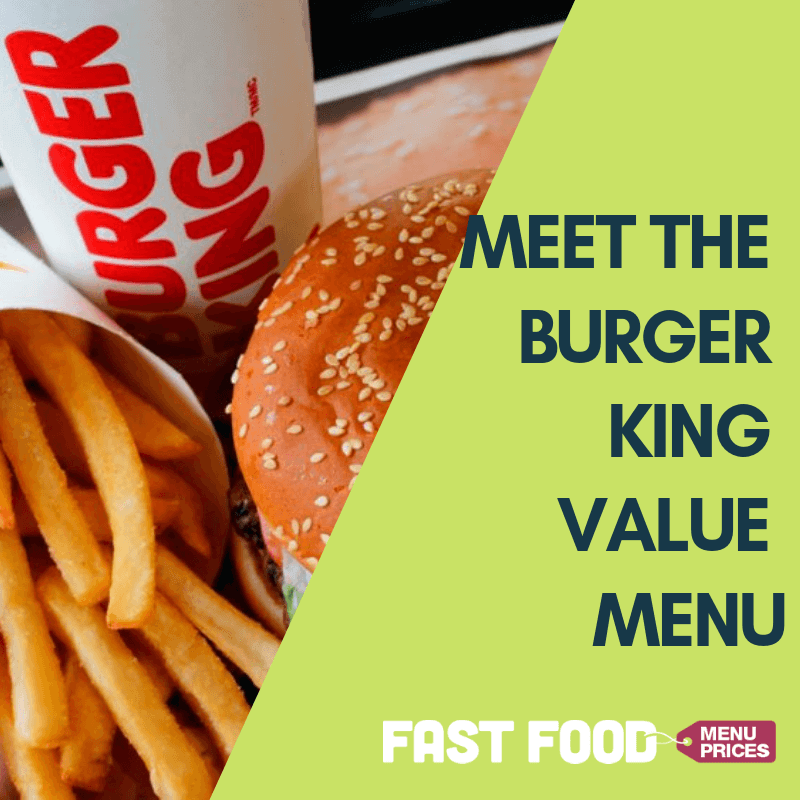