All onion rings are not made equal. Some are just crunchy enough. Some have the perfect onion to batter ratio. And some are downright too soggy and overpowered by giant slivers of slimy onions. The sauce that accompanies your order is a huge factor, as well. As our readers, you deserve the best fast food onion rings, and we’re here to help you find them know matter where you live.

We don’t highlight Culver’s nearly enough – they’re one of the highest quality fast food joints around but often get overshadowed by bigger names in the industry. Not today, though. Culver’s tops our list with the best fast food onion rings. They are thin and crisped to perfection. There’s no need to order fries with your Butterburger because onion rings are the only side you need to pay attention too. Except the cheese curds, those are good, too. 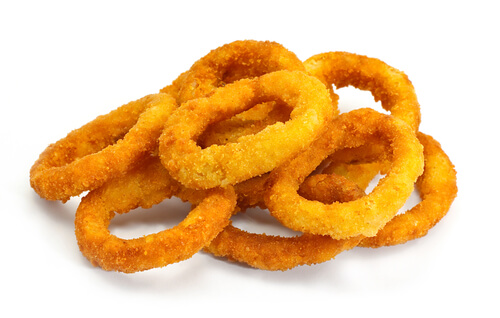 Portillo’s is a fast casual restaurant that’ll send you straight to the 1920s with their old-school ambiance. If you get the chance, dining in at this hot dog joint is worth every second (but fair warning – there will probably be a long line). In addition to their delicious dogs and beef, Portillo’s sells onion rings that are seasoned to perfect and serve as the perfect side to any one of their signature sandwiches.

If you’re in the mood to visit a sit-down restaurant, Buffalo Wild Wings has the best onion rings. The outer layer is ultra crunchy, and they come with a zesty southwestern ranch. The thick-cut onion rings fried in a beer batter (fitting), and you can order them as an appetizer for sharing or a side to go along with your wings or burger. 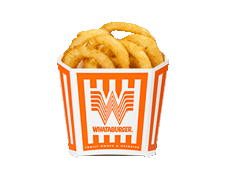 Whataburger’s onion rings are sturdy, thin, and crispy – three things that are a must for any order. While the flavor doesn’t isn’t super distinguishable, the texture is what puts them toward the top of our list. Soggy onion rings are a big no no, if you ask us. Plus, Whataburger’s sauces make up for the average flavor of the onion rings. We recommend dipping them in their zesty barbecue to take them to a whole new level. You’ll never order fries again.

Arby’s self-proclaims their side dish as Steakhouse Onion Rings, and we have to say – the formal title fits the bill. These thick-cut onion rings are nothing short of delicious and are quite large in comparison to competitors’. They’ll fill you right up if you pair them with a classic Roast Beef sandwich, but they’re tasty enough to have as a solo afternoon snack, as well. You don’t need a dipping sauce for these, but we like lathering them up with Arby’s sauce for a unique, savory flavor. 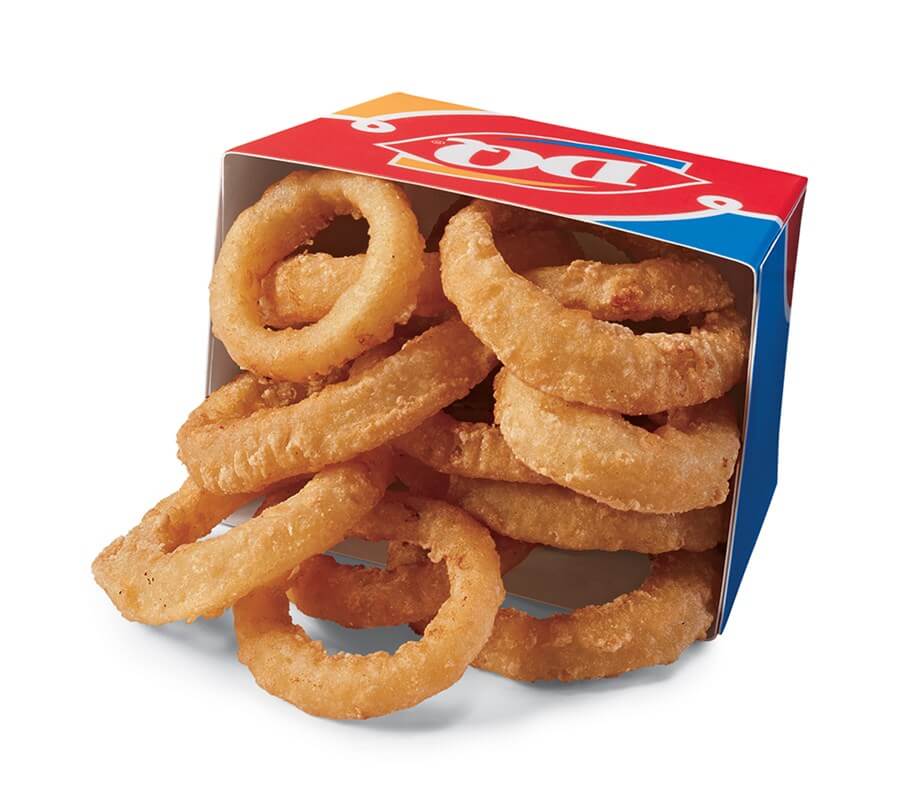 Dairy Queen tends to have sub-par food, but their onion rings are a different story. Crunchy, salty, and beautifully golden, these suckers are great on their own or paired with a Blizzard. And for some bizarre reason, they taste incredible dipped in a heaping scoop of ketchup. The flavor is comparable to Burger King’s onion rings, but they are much larger than BK’s. The size thing is really a personal preference.

Steak ‘N Shake’s fries are rather soggy, so we assumed the same would ring true for their onion rings. However, we were pleasantly surprised to bite into a semi-crunchy, flavorful bite.  The onion rings are all different sizes – some are tiny and consumed by batter, while others are big and thick with a more overwhelming onion flavor. We definitely prefer them as a side to any steak burger over the shoestring fries. Plus, they’re made to order so they always come out piping hot and salty.

Hardee’s is extremely underrated if you ask us. Their burgers, sandwiches, and fries are top-notch, but what about their onion rings? Touted as “Beer-Battered,” these ultra-crispy, thick-battered rings are a must-try. We’ll admit, they are a bit heavy on the batter, but that’s the point – the distinct flavor of the outer shell is what makes Hardee’s onion rings addicting. They are a bit darker than most other onion rings – borderline overcooked – but to some people, that’s a good thing. 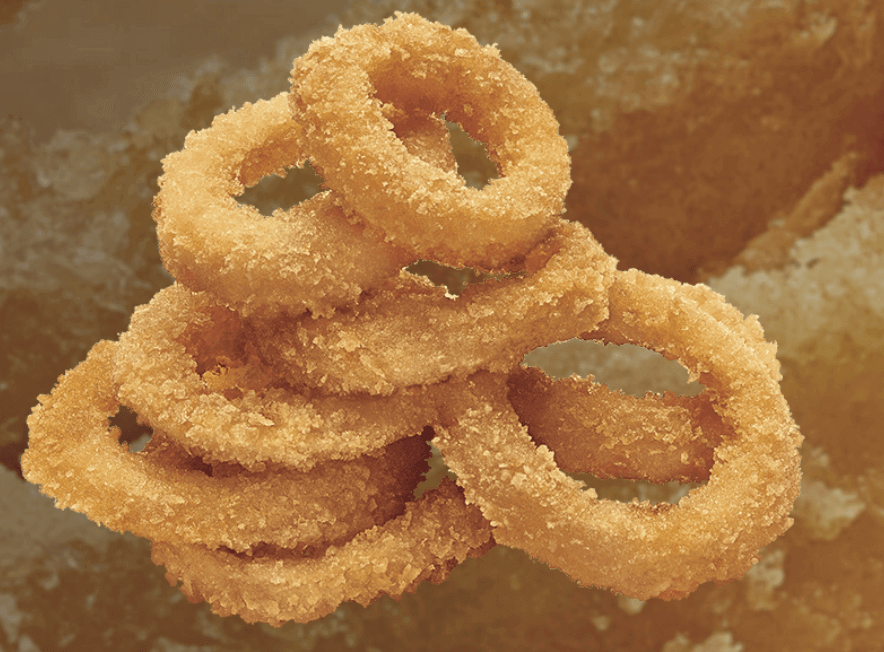 Jack in the Box onion rings are some of the cheapest on the list (just $1.79), but how does their flavor measure up? While the batter is pretty plain tasting, they have a nice crunch, and the onions are just firm enough. Eating them solo is a fairly drab experience, so we recommend dunking them in a flavorful sauce like ranch or barbecue, as well as pairing them with a juicy burger. 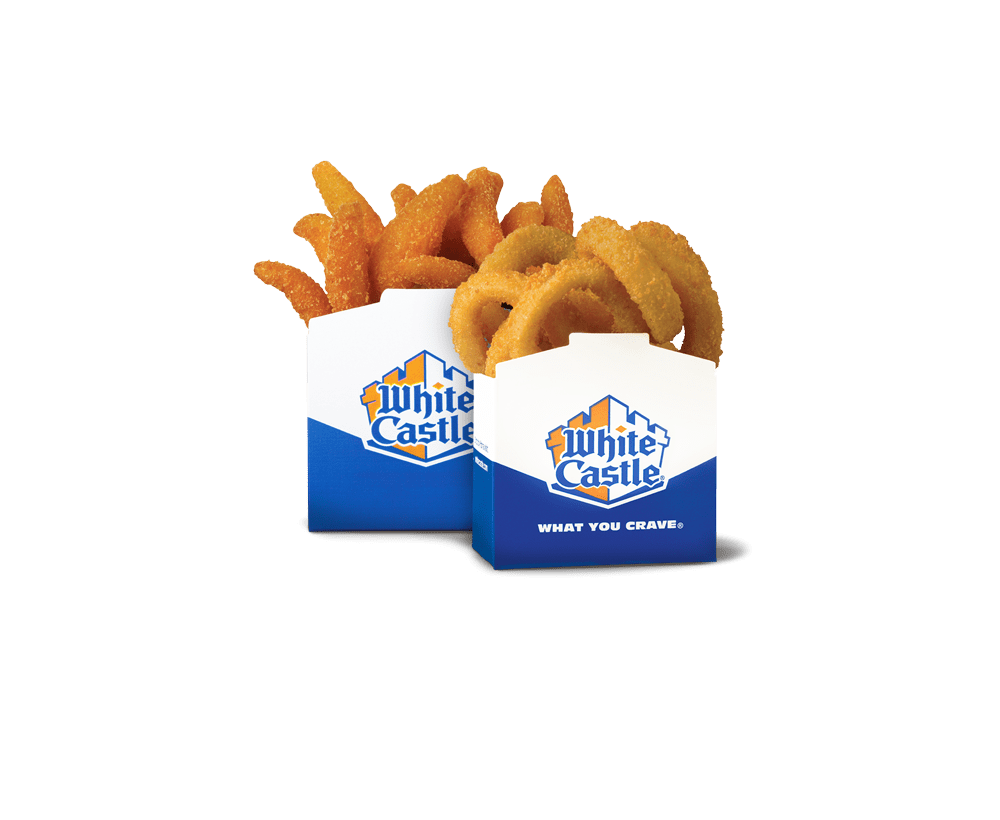 White Castle is known for serving food in the shape of a ring (chicken rings, anyone?). But don’t worry – their onion rings have a better reputation than its chicken counterparts. They’ve got a thick layer of salty batter and come with a delicious zesty dipping sauce. Try them with classic sliders and a soda for a classic fast food meal.

For a chance of pace, you can also try White Castle’s onion chips, which are essentially the exact same thing as the rings but in the form of a wedge (great for dunking, though). 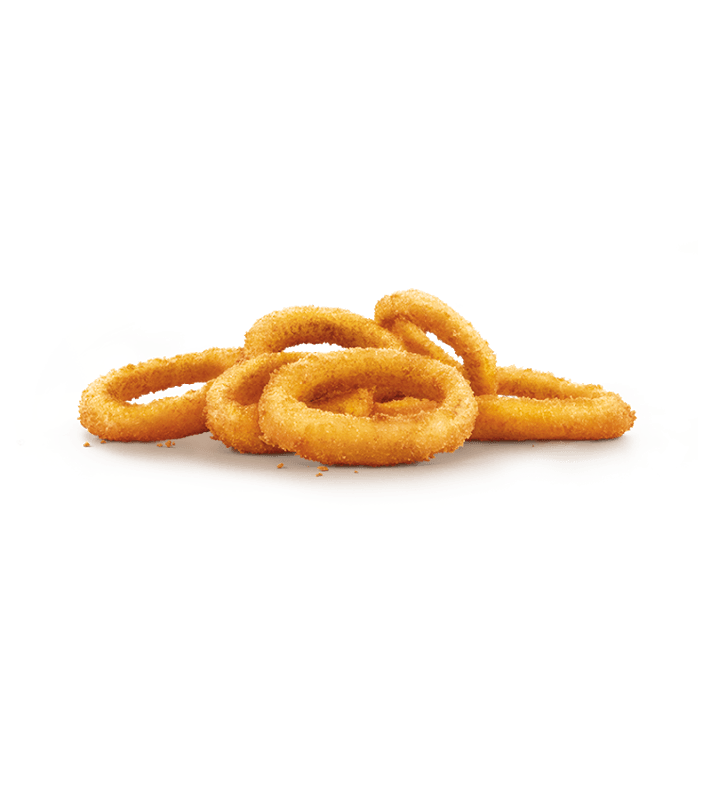 Sonic serves up the ideal junk food for late-night snackers, and their onion rings are no exception. Made fresh daily, these crispy lil’ guys have a thin layer of batter and soft onions on the inside. However, there’s a kicker. Sonic’s onion rings have an unexpected sweetness to them (think cornbread). Some customers love the change from the traditional salty/savory flavor you’ll find in other onion rings. But, it’s definitely different, so ask a friend to order them first before you commit to ordering your own. 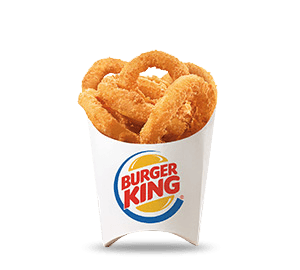 Bonus: Burger King sells an onion-ring topped burger called the Rodeo Burger, so if you’re not in the mood to snack on an entire side, you’ve got options.

Not into onion rings? Check out the best fast food French fries.