You are here: Fast Food Prices > The Story Behind Oberweis

When you think of Oberweis, you think of only the best quality dairy and milk. With the mission statement of “Putting smiles on people’s faces with the best products, best people and best places,” you’re sure that every Oberweis product you consume is the best of its kind. Whether that’s milk delivered to your home or ice cream that you eat in a restaurant, any dairy product with the Oberweis brand is sure to put a smile on your face.

Oberweis may be a big name in the dairy industry now, but it actually began in a humble family dairy farm in Molitor Road, Aurora, Illinois. Imagine running a farm and finding out that your cows are producing too much milk. This is how it began in 1915, when Peter J. Oberweis realized he had too much milk. Upon that realization, he began selling the excess milk to his neighbors. At this time, home deliveries involved horse-drawn carriages and walking.

Little did Peter J. Oberweis know that his early deliveries to his neighbors would be the beginning of a business that has now almost spanned 100 years. A few years later in 1927, Peter bought out half of Big Woods Dairy, and the Oberweis family continued delivering milk to neighboring homes. Still a few years later, Peter bought out the entire enterprise and eventually renamed it to Oberweis Dairy. The business started expanding so at this time, Peter’s son Joe had to leave high school to help out. 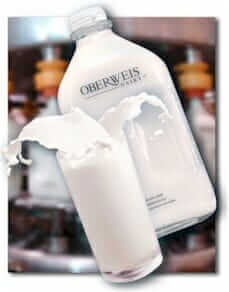 While the business started booming and more and more customers started hearing of the Oberweis name, it was never just a bed of roses. All businesses encounter challenges, and with close to a century of operations, Oberweis is no exception. Here are a couple that they encountered:

Even in their packaging, this philosophy shows. Oberweis still uses glass bottles because they strongly believe that milk should not taste like plastic. None of the Oberweis farmers use the recombinant Bovine Growth Hormone (rBGH) to treat their cows, because they don’t believe in adding anything to the milk.

After hurdling all these challenges and after all these years, Oberweis has kept true to its promise of delivering the best in terms of quality and service. It remains a family-operated business, but Oberweis has also expanded and improved along with the call of the times:

From a horse-drawn milk cart to the Model T, they eventually moved to using milk trucks in the 1950s and the modern home delivery trucks of today. The expansion has also necessitated building a bigger facility that can produce the milk that its customers have learned to love. 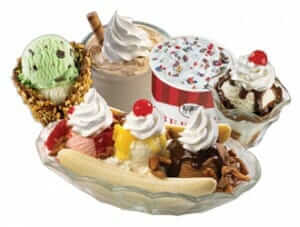 From the simple product line of milk in glass bottles, Oberweis also had to expand by adding more products in their dairy line – ice cream, yogurt, and the like.

Distribution also needed to level up, because while the home delivery service still remains, Oberweis needed to innovate in order to reach more people in more places. This is why they started opening retail stores. Since 1951, The Dairy and Ice Cream Stores have been operational. All over Chicago, Indiana, Missouri, and other areas, the company has both corporate-owned and franchised stores.

At the heart of it all, Oberweis is a family business. It is now in so many locations and has expanded its product line and name, but its humble beginnings as a family dairy farm are still there. Peter J. Oberweis passed the business on to his son Joe, who was the one who ran the business all throughout the 1950s. Just like that, the Oberweis business got passed on from generation to generation and it’s now under Jim Oberweis. Jim began in the 1980s, was the one who moved the plant to its current North Aurora location, and was also the one responsible for expanding the Oberweis business in retail and in franchising.