You are here: Fast Food Prices > Pick the KFC $5 Fill-ups For Filling Yet Affordable Meals

Starting as a strategy to gain market share over Chick Fil A, the KFC $5 Fill Up campaign was launched back in 2015. Marketed as a combo meal for the hungry, the $5 Fill Up was deemed a “huge advantage” by Business Insider, offering more food than KFC’s competitors for a lower price. Within the first several months of the promotion’s launch, KFC sales grew seven percent, making it evident that the $5 Fill Up would stick around for years to come.

Realizing quickly that the promotion was a hit, KFC continued to push the $5 Fill Up, marketing it on television commercials and press events all over the world. During the launch of the meal deals, Colonel Sanders himself was present at a few of the events to give away $5 Fill Up gift vouchers.

As for television commercials, KFC has continued to prioritize advertising the $5 Fill Up on TV, from specialized holiday commercials to ads starring Colonel Sanders. In one clip, he states, “I won’t give you a random bag that came out of a microwave. I guarantee to give you an actual meal with all the fixins if you guarantee to give me five bucks, of course.” 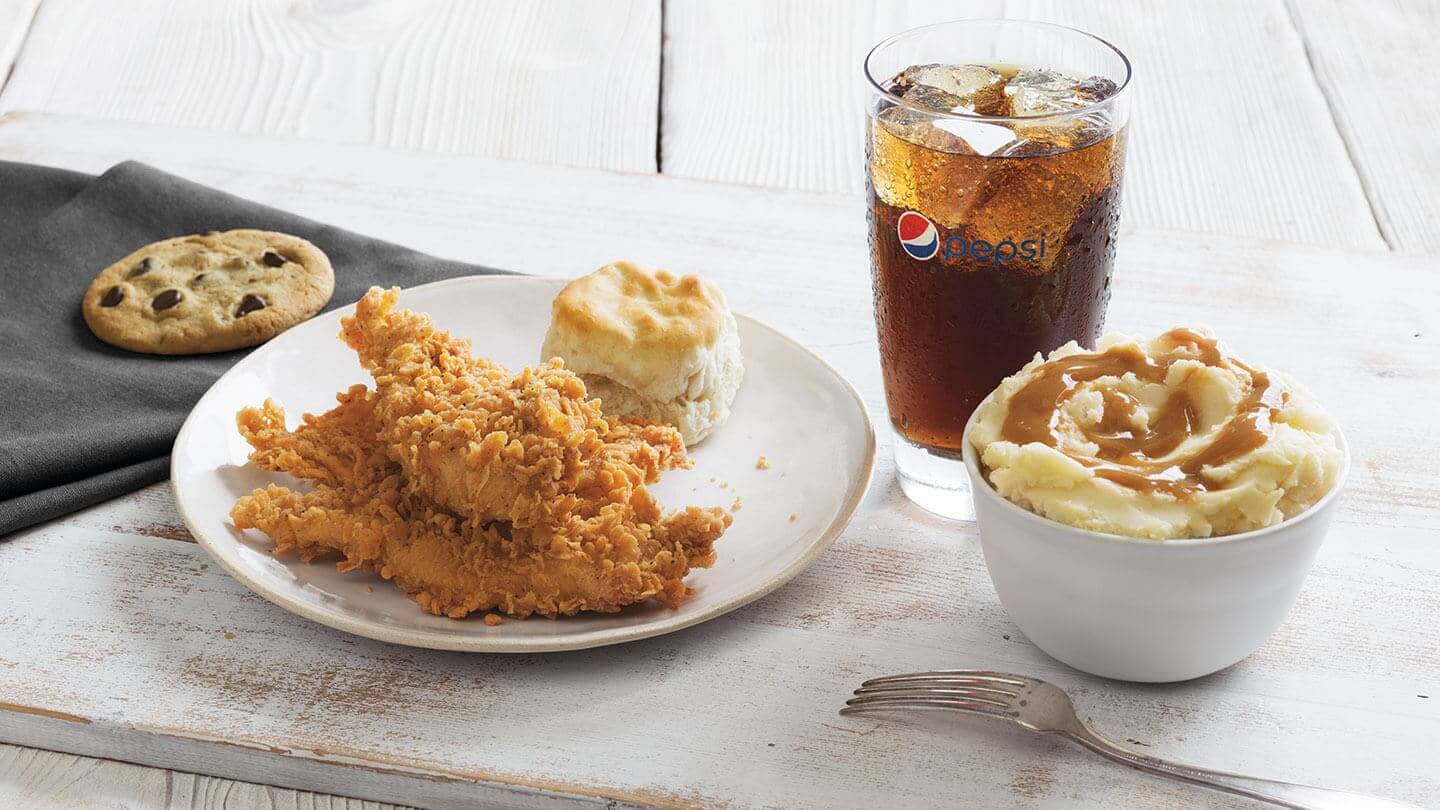 KFC $5 Fill Up Extra Crispy TendersSo, which fixins wooed customers so quickly? The $5 Fill Up offers several combinations of the fried chicken joint’s best sellers from pot pies to thighs and chicken tenders. And while KFC tends to change up which combo meals are offered, their current $5 Fill Up options are detailed below.

This $5 Fill Up includes two tasty pieces of fried chicken (thigh and drumstick) with larger mashed potatoes, a cookie, a biscuit, and a medium-sized drink.

This eight-ounce crispy chicken breast comes with larger mashed potatoes, a cookie, a biscuit, and a medium-sized drink.

The Colonel’s delicious pot pie is stuffed with “the world’s best chicken,” peas, carrots, and potatoes – all smothered in a savory gravy and baked in a buttery, flaky crust. This $5 Fill Up also comes with a chocolate chip cookie and a medium drink.

KFC’s World Famous Bowl contains a mouthwatering combination of mashed potatoes, sweet corn, and crispy chicken – all topped with homestyle gravy and shredded cheese. This über-popular $5 Fill Up also comes with a chocolate chip cookie and a medium drink.

Your choice will depend on your cravings at the moment but one thing’s for sure – you will enjoy a filling meal without emptying your pockets.

You also have the choice of the $20 Family Fill Up, among the other popular KFC specials. For just $20, you and your group will get 8 pieces of crispy chicken, a large bowl of coleslaw, mashed potatoes, gravy, and biscuits. As the company says it, the $20 Family Fill Up is how unconditional love tastes.

Don’t stop with the $5 and $20 Fill Ups, though. Check out these other KFC menu deals for more finger-lickin’ goodness. 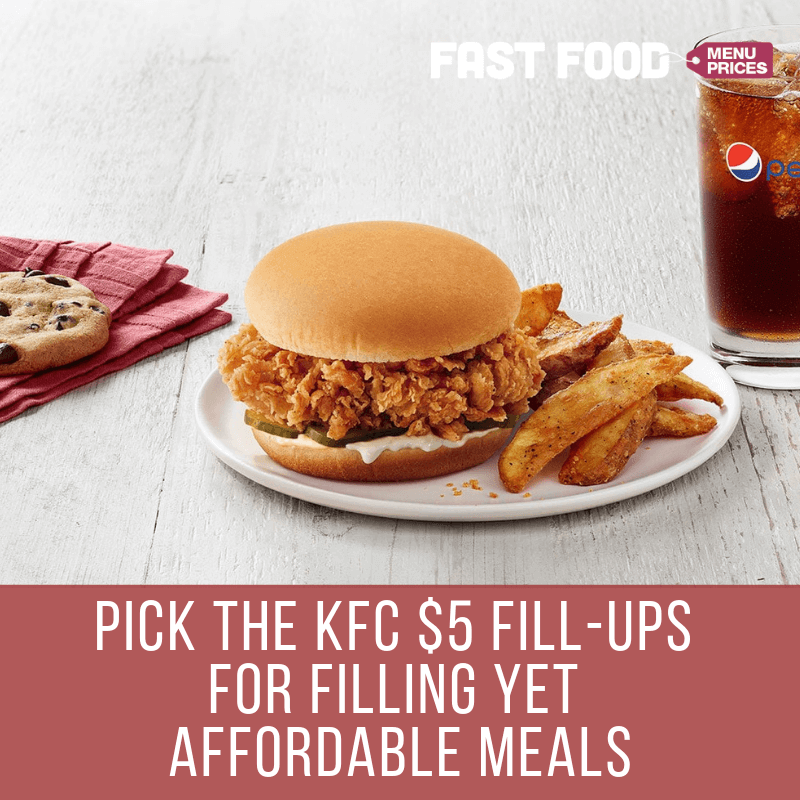