If you’ve never heard of a Hot Pocket Bowl, that’s probably because of one of two reasons. One, it’s on the KFC Secret Menu, and two, it’s a super rare find that most Kentucky Fried Chicken restaurants won’t make anymore.

To give you some more background, the Hot Pocket Bowl isn’t some mythical creature that bored Reddit users came up with one day. A while back, the fast food franchise released a warm, delicious bowl featuring a chicken-filled hot pocket, available for a limited time. It was eventually discontinued and hasn’t been resurrected since, which is how the secret menu item was born. KFC fans rallied together online to come up with a recipe that mimics the original Hot Pocket Bowl, so customers everywhere can still enjoy one even though it’s not on the menu anymore – or that’s what the intention was, anyway.

Ordering the Hot Pocket Bowl presents a whole slew of challenges. It’s nearly impossible to find anything about online, but people are still talking about it, so don’t give up yet! We’ve got all the details you need to know to get your hands on one. 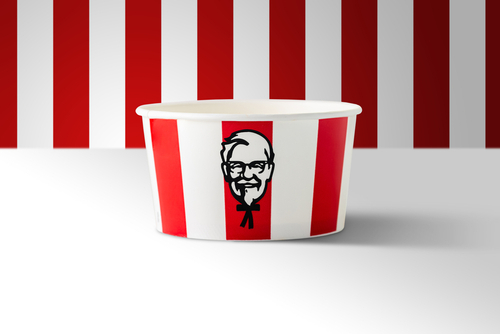 How to Order the KFC Hot Pocket Bowl

Typically, secret menu items are easy to order because they are a combination of ingredients that the restaurant already has on hand for other dishes on their menu. All you have to do is tell the employee how to make it if they don’t already know. However, the Hot Pocket Bowl is a different story. This dish requires one thing that is rarely available at any KFC location anymore. Any guesses? The creation is made up of  a few key ingredients, including:

And as you may have guessed, on a normal day, KFC doesn’t have the hot pocket in stock.

Some people say this menu item doesn’t exist at all anymore, while others claim they’ve been able to find restaurants with the proper ingredients to make one. It’s also possible that the chain will decide to bring the Hot Pocket Bowl back to the official menu at some point in the future (they’ve done that for other menu items in the past, like Popcorn Chicken!). If you are one of the lucky few to get one from the secret menu, let us know in the comments below!

If not, you can always opt for one of their other bowls, like the Famous Bowl with mashed potatoes, chicken, cheese, corn, and gravy. There’s no hot pocket or anything, but they’re pretty darn delicious, too.

For some KFC Hacks that are much easier to order, check out the rest of the secret menu.