Dutch Bros (officially known as Dutch Bros Coffee) is a drive-through coffee chain that specializes in coffee drinks, smoothies, teas, and more. Dutch Bros prices are comparable to those of other coffee chains and in some cases, can be even cheaper.

Dutch Bros offers various coffee-based drinks that are available in a hot or iced variety. In addition, they also have smoothies that come in fruit flavors such as Wildberry, Peach, or Mango. If you need some energy, they also offer their signature Blue Rebel energy drinks that are much more affordable than the canned energy drinks.

Below are the latest Dutch Bros menu prices.

How much is a small drink at Dutch Bros?

What are the secret menu drinks at Dutch Bros?

There are plenty of drinks on Dutch Bros menu. Just to mention a few, they are: 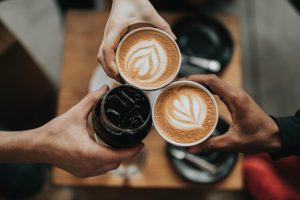 What are some of the healthiest drinks at Dutch Bros?

There are a few healthy drinks at Dutch Bros. Some of these include:

Do Dutch Bros give a free drink on birthdays?

Yes, Dutch Bros gives a free drink on your birthday. You can visit any Dutch Bros location and show your ID as proof. 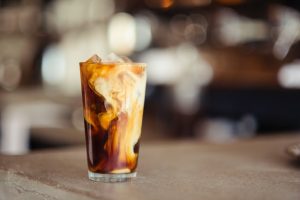 Can I have my Dutch Bros cold brew with ice?

Yes, customers can enjoy their cold brew with ice or toasted.

Yes, Dutch Bros do offer military discounts at some locations. You can always verify a Dutch Bros in your area.

Dutch Bros was founded in 1992 in Grants Pass, Oregon, by two dairy-farmer brothers Dane and Travis Boersma. They eventually started serving mochas and lattes in a pushcart in downtown Grants Pass and after a few years, had several permanent kiosks opened all over the city. Today, there are over 230 locations mainly in the Western United States.

As with other coffee shops, Dutch Bros do not stop their offerings at coffee only. They have expanded their menu to include fruit smoothies, energy drinks, drinks for children, and snacks such as muffin tops and granola bars. In addition, they also offer dairy-free alternative options such as almond, soy, or coconut milk for only 50 cents more. If you’re looking for a new coffee place to try out, Dutch Bros is worth a shot. Dutch Bros prices are probably similar to what you’re used to paying for your coffee already.

To learn more about Dutch Bros or to find a location near you, visit their official website.