You are here: Fast Food Prices > Best Fast Food Tuna: One Sub To Rule Them All 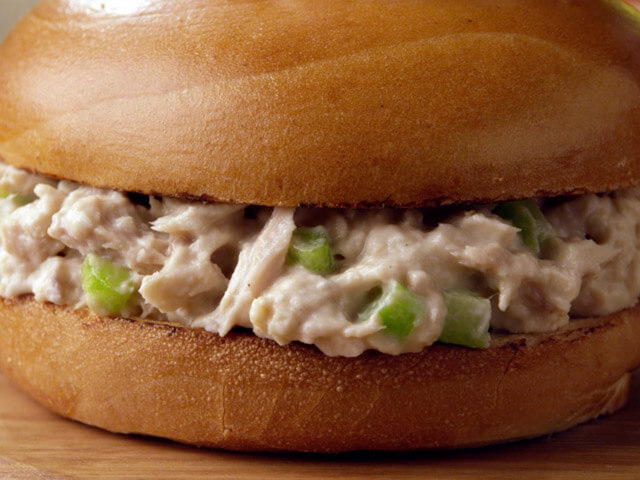 I’ll level with you. Finding the best fast food tuna sammy was… tricky.

But, since we’re talking tuna salad – not some gourmet filet – you also need to factor in the consistency of the questionable-looking goop. And, finally, you needed to find the few and far between places brave enough to offer tuna salad on their menu.

It was an easy enough task, and I am but your humble tuna-munching civil servant who needs no thanks.

Just kidding, you can thank me for my sacrifice later because I had my friggin’ work cut out for me on this one.

The runner ups here were all okay. They’re not horrible options, but they all fell short on consistency, flavor, texture, or options to customize it. In short…

But you could do better.

If these are your only options, fear not. I’ve included the best way to order to get the most out of what they have. 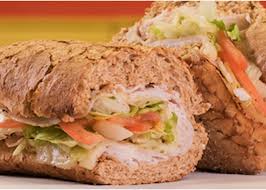 If you happen to live in a locale where you can find a Potbelly’s, this one’s worth a try. It’s relatively low calorie and fuss-free.

It comes with swiss cheese on multigrain bread with lettuce and tomato. Pretty tame offerings, but you can jazz it up if you go in or don’t mind calling. Although I do wish their online ordering service was a bit more flexible.

My suggestion? Nix the so-so swiss to save some calories, and throw some salt and pepper on instead. 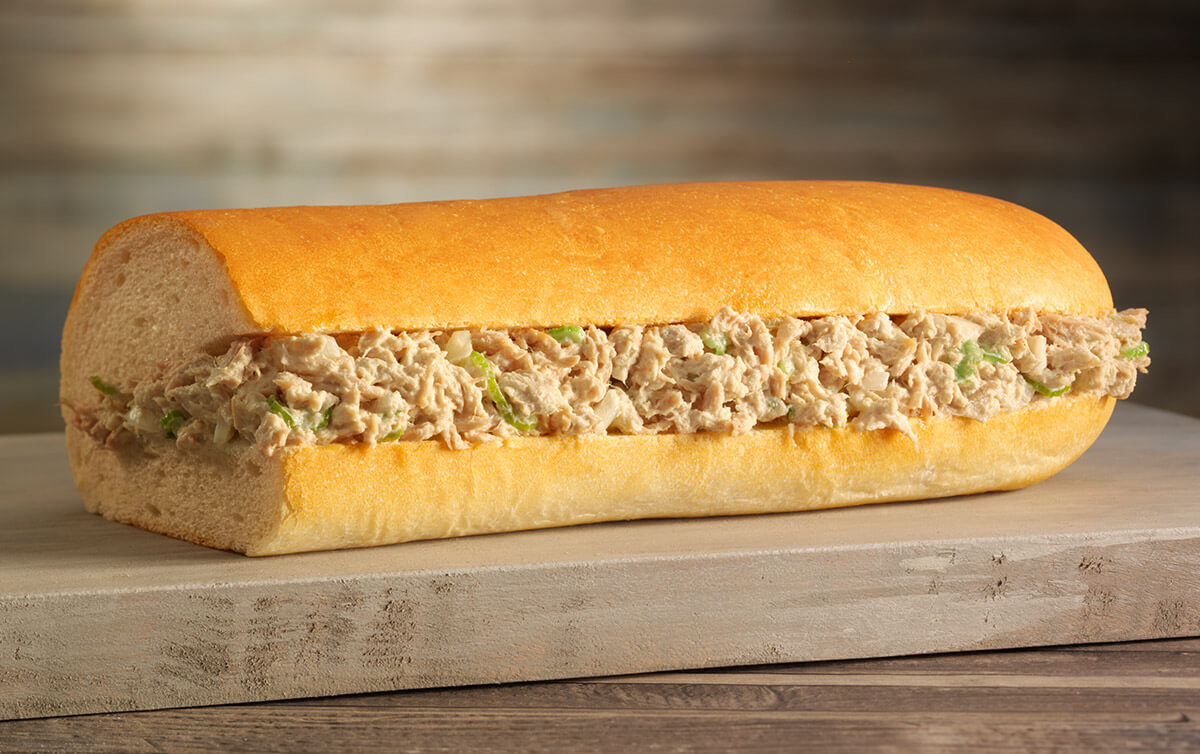 JJ’s got one of the best recipes for tuna salad we could find. But there was a bit of a hitch: it was super hit or miss for me and the internet.

When it’s done right, it’s great. But they seem to have some critical consistency issues in their recipe. And, until they can get that worked out, they’ll sit around #4 on the list for me. Additionally, they clock in at some higher calories and sodium than tons of other options here.

It comes plain on your choice of bread. But I agree with the internet on the best way to order it: on wheat, add dijon and pepper, and topped with just lettuce, tomato, and bacon. 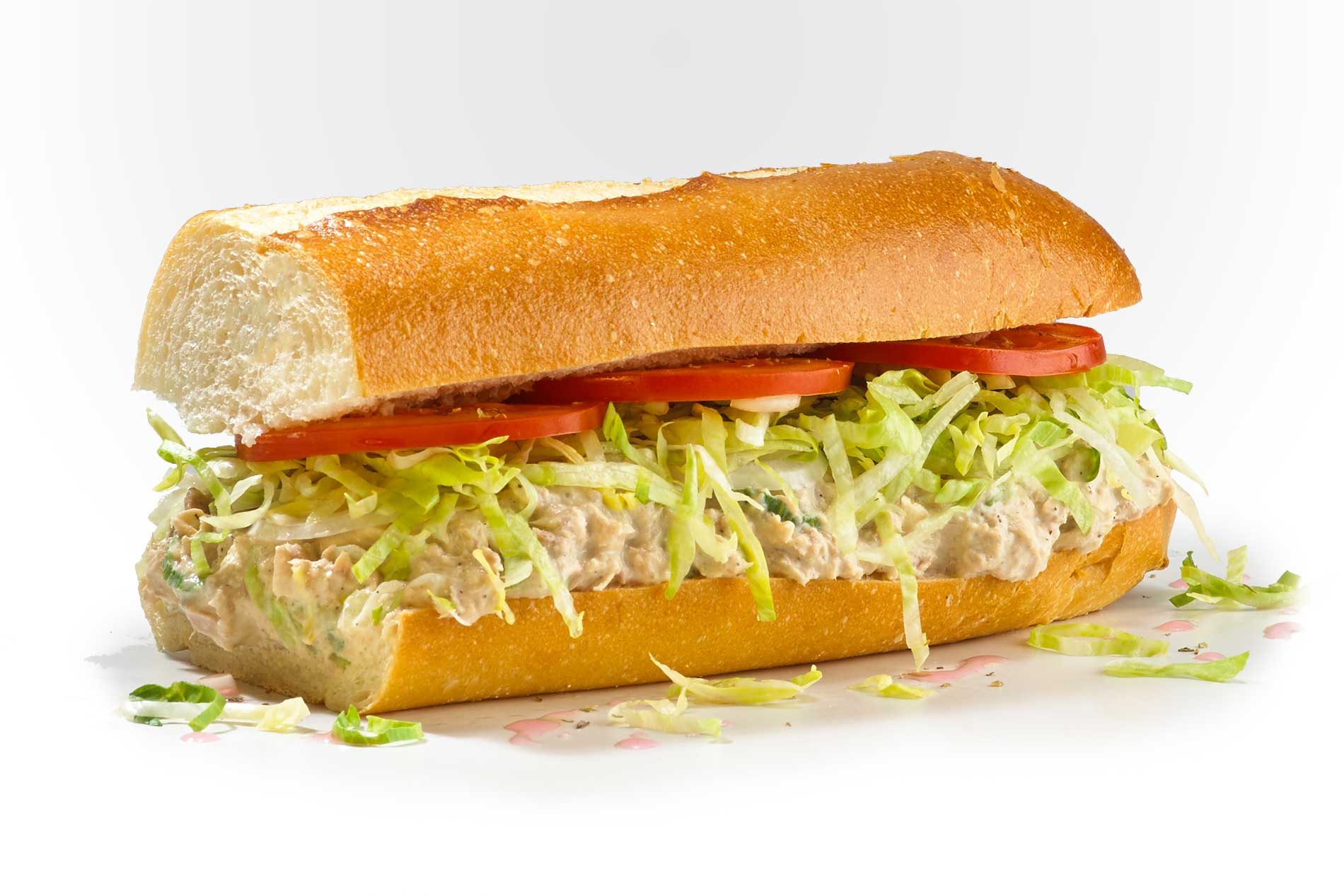 I love Jersey Mike’s for so many reasons. Their tuna salad isn’t one of them, but it’s one of the best fast food options I found.

It’s made with celery, mayo, and some pepper and usually comes with lettuce and tomato. But you really can’t go wrong with their bacon because it’s ah-ma-zing. They do have a suggestion to do it Mike’s way but, to be honest, I’m a bit too skittish for that.

One of the biggest problems for me here is, again, it’s not the most consistent recipe. Which is likely due to actual humans making it. Which is great, but it can be a touch hit-or-miss. 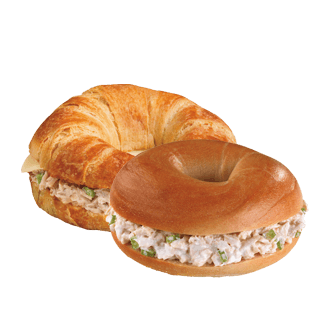 I’ll give it to Dunks, their recipe is consistent here. And it’s probably one of the least-known things Dunkins has. Well, this or chicken salad.

I, personally, think it’s best on their Texas toast with their white cheddar (if you can find it anymore), with bacon.

The biggest pitfall here is that you have no veg options to choose from, unfortunately. So your options for mixing it up are minimal at best.

I won’t say this one was perfect, but it’s definitely the best option for flavor, consistency, texture, and options for customization. And, to boot, it’s pretty cheap too. 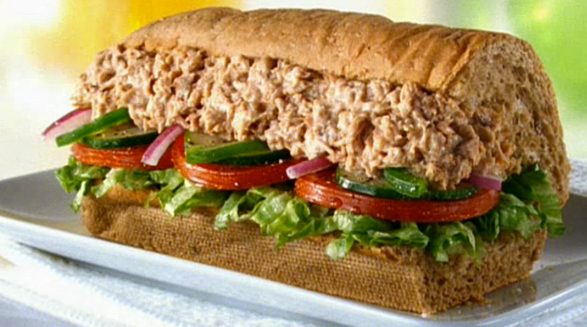 If you love tuna salad, it might not surprise you to learn that this is the third most popular option at Subway. It surprised me but, to be honest, I’m not a tuna fanatic.

Not only is their recipe flavorful, but not overpoweringly so, but you also have options galore here. And it’s almost always exactly the same every time. Though there were a few occasions where it was ever-so-slightly different for me.

If you’re looking for the most fuss-free option here, you’ll want to opt for the Tuna BLT – on toasted cheddar and herb, of course. But if that’s not your style, you can customize this bad boy out to your heart’s content.

But my favorite tuna salad? Our very own recipe, of course. And you can make it at a fraction of the cost without having to throw on actual pants. Because that’s just too much.

So what did you think of my rankings? Did I miss one that should’ve been on here?