You are here: Fast Food Prices > Best Fast Food Options For Under $2

Fast food chains get it. You chose their restaurant based off of two things: their prices and their convenience. So, many have added value options and some of them have really got it going on. Others just throw a burger on there for $3 and call it a deal. If you’ve only got $2 to spend on lunch or breakfast and don’t want to be fooled by the value menus with the pricey items, then this roundup is for you! Here are our eight picks for the best fast food options under $2. 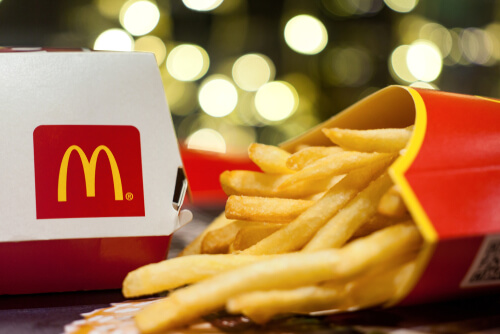 The real question is, what can’t you get at McDonald’s for under $2? Okay – there’s a lot on the menu that costs more than two bucks. But out of the cheap fast food options, they definitely have the largest selection. For under $2 you can get any sized soft drink, the Bacon McDouble, French Fries, Coffee, and Snack Wraps. The items on their $1, $2, $3 menu changes depending on the McDonald’s location you’re at, but for the most part, you can always assume they’ll have at least some burger, fries, wrap, and drink on there. 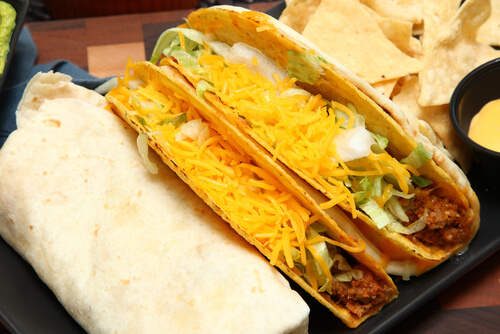 Recently, Taco Bell took the jump and joined fellow fast-food chains McDonald’s, Burger King, and Wendy’s and is now offering a value menu. Although unlike their competitors, their menu actually has a decent amount of options and it’s all for just a dollar. 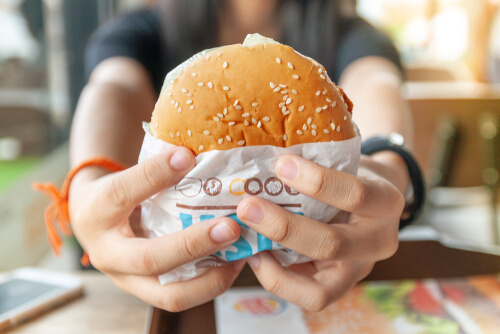 We owe Burger King a big thank you for making their Bacon Cheeseburger Deluxe only $1.69. We probably owe whoever decided to put bacon on a burger a big thank you too. What an iconic combo.

The Bacon Cheeseburger comes with a flame-grilled patty complete topped with cheese, bacon, pickles, ketchup, and mustard all sandwiched between their soft, toasted bun. Yup, you heard that right. You get all of that goodness for less than $2. They also have Onion Rings, Side Salads, and Ice Cream on their value menu. 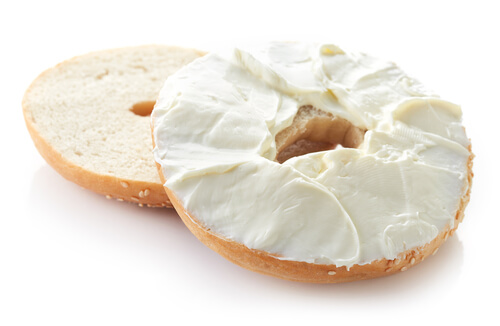 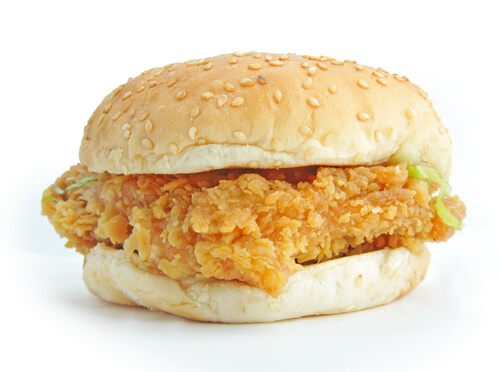 Wendy’s does have a value Burger option for only $1.89, but what really grabbed our attention was the Crispy Chicken Sandwich for only… drum roll please… $0.99. This sandwich has breaded, deep-fried chicken placed between a soft bun, lightly coated with mayonnaise and topped with a piece of lettuce.

The best part? You get not just one, but two Cripsy Chicken Sandwiches for only $2. So if you find yourself starving, with only two dollars, you’ll want to head to Wendy’s. Or check out these other options for cheap fried chicken! 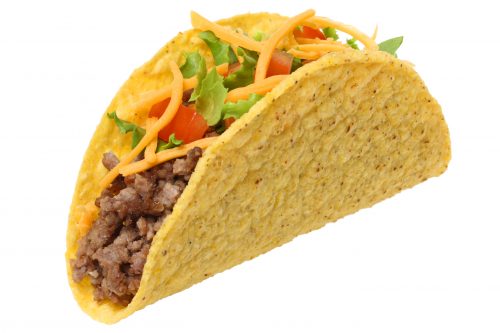 You can never go wrong with a good taco, especially when you get two of them for only a dollar. Jack in the Box’s Two Tacos might not be the type of meal you eat with your eyes – were their eyes even open when throwing it together? But it is a taco, and tacos are great no matter what they look like. These ones just happen to be beef with scattered lettuce and American cheese, stuffed into a hard taco shell – slightly soft from the grease.

Rumors have it that you can only order Two Tacos from the app. So if you can’t find it on the menu, try downloading the app from the iOS or Google Play store. 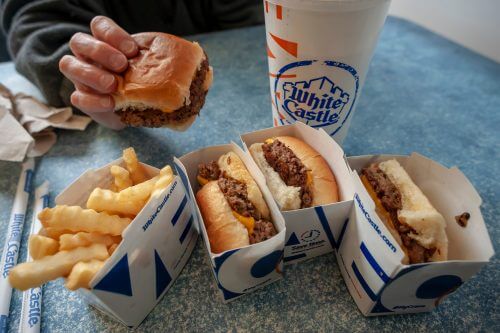 You either love White Castle or you don’t. Or you don’t even have a White Castle near you. But if you do, then you probably love them for their $0.72 sliders. These cute little burgers are steam-grilled, layered with onions and pickles, and placed between a soft bun. Unlike many sliders, these are anything but finger food. They’re actually a pretty decent size for a slider. So that 72 cents will you get you a decent amount of burger. 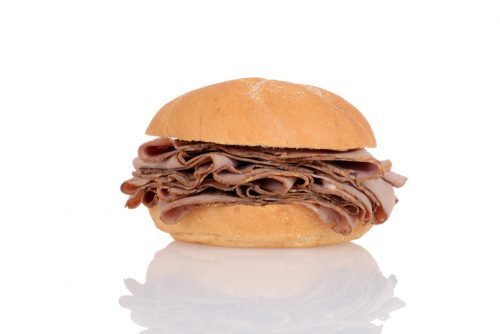 If you’re a big fan of Arby’s roast beef (we are!), then you’ll be all over their Jr. Roast Beef Sandwich. This sandwich might be little in size and price, but the flavor of their legendary roast beef is still big. For only $1.59, you’ll get layers of thinly sliced, fresh roast beef gently placed between a sesame seed bun. For only a dollar more, you can add options to your meal like value-sized shake, soft drink, Jr. Chicken Sandwich, and fries. Or, nix the roast beef sandwich altogether and pair any one of those value menu options for a meal that is still less than $2.

Based off our research, we’d have to say that McDonald’s, Burger King, Taco Bell, and Arby’s have the largest selections on their value menus. But at the end of the day, you can pretty much always find something on a fast-food menu for less than $2 – although your options might be limited to burgers, tacos, chicken sandwiches, and fries.

In the mood to splurge and spend more than $2? Check out these awesome Taco Bell deals!