Too many people dine out and skip the most important part of any meal – the appetizers. From fried pickles and onions to rolls to lettuce wraps, we’ve rounded up a list of the best chain restaurant appetizers to order next time you think it’s a good idea to jump straight to the main course. 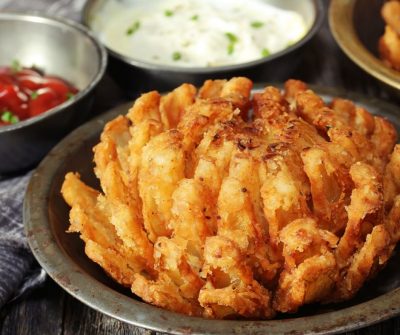 Even if you don’t go to Outback often, you’ve probably heard of the Bloomin’ Onion. Trying this giant fried appetizer should absolutely be on your bucket list – who knows, it may become a staple each time you visit the steakhouse. According to the restaurant, the Bloomin’ Onion is hand-carved and fried until it’s that perfect shade of golden brown. At the center of the app comes a heaping portion of spicy and creamy bloom sauce.

If I can find a good shrimp dish on the menu, I’ll choose that over chicken fingers or queso any day. But it’s never a question at Bonefish Grill because the Bang Bang Shrimp is to-die-for. There’s a million and one copycat recipes (including ours!) online that try to replicate it, but there’s nothing better than the real thing. The breaded shrimp comes coated in a creamy spicy sauce. You can also get this signature shrimp for your main course in the Bang Bang Shrimp Tacos.

Applebee’s appetizers may be more popular than their entrees. People go crazy over the half priced apps deal that takes place daily. If you visit the restaurant during designated hours (varies depending on your location), you can get any apps 50%, including the famous Spinach Artichoke Dip. The classic dip is served piping hot with a side of tortilla chips and chili lime salsa. Even when the appetizers aren’t half-priced, they’re still super cheap compared to most places (the spin dip is just $9 for a bowl and tons of chips).

Okay, so the rolls aren’t technically an appetizer on the Texas Roadhouse menu, but they are the best way to start out any meal at the steakhouse. These fluffy and warm rolls come free with every meal and are accompanied by the beloved cinnamon butter. We love them so much we published a copycat recipe for the butter so you can make it anytime you want at home.

If you’re blessed enough to have a PF Changs in your city, you’ve got to try the Chicken Lettuce Wraps. This generous portion is great for sharing with a group, but I wouldn’t blame you if you ordered the platter all for yourself. The dish comes with sweet and spicy chicken, water chestnuts, and green onions, along with green leafy lettuce. You can also order a vegetarian option if you’d like a similar dish sans the chicken.

There are tons of copycat recipes circulating online that attempt to recreate this magnificent app, but the Chinese restaurant is not letting up on what actually goes into making them. 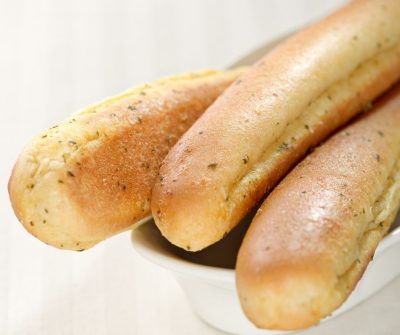 Olive Garden’s breadsticks are a staple, no matter which meal you order. But if you’re torn on an appetizer, it’s always a good idea to order opt for the unlimited breadsticks and salad. Heck, the combo alone will fill you up before you even get a chance to bite into your shrimp scampi.

If you want an indulgent, cheesy appetizer, B-Dubs Chili con Queso never disappoints. It takes traditional queso and kicks it up a notch with the addition of chili and pico de gallo on top. The hatch chiles give it a little kick, but if you want some extra spice, ask for wild sauce on top. You won’t regret it.

There’s nothing better than a full meal disguised as an appetizer. TGI Fridays Chicken Quesadilla is technically on the appetizer menu, but it’s actually one of their most popular dinner options, too. The classic quesadilla is loaded with all the goods – grilled chicken, pico de gallo, bacon, and tons of cheese. You’ll also get guacamole, sour cream, salsa, and pico de gallo on the side. Share at your own risk. 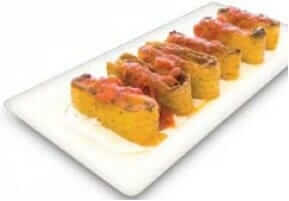 The Lasagna Frittata is one of the best Olive Garden menu items, but it often gets overlooked as most people opt for the breadsticks and salad as their appetizer. For a delicious change of pace, try this fried parmesan-breaded lasagna. It’s topped with parmesan cheese, marinara sauce, and alfredo sauce. There’s six pieces in each order, so it’s perfect to split with a group and still have room to chow down on your main course.

Anytime there’s mac and cheese on the menu, that’s what I’m ordering. And my lack of hesitation most definitely applies for Cheesecake Factory’s Fried Macaroni and Cheese appetizer. It’s like a grown up version of your favorite childhood dish – though equally as likely to give you a stomach ache. These balls of mac and cheese are coated in a crispy breading and covered with marinara sauce. Classy, right?

If you’re craving a cheap, fried appetizer, Red Robin’s Fried Pickle Nickels are the way to go. For just five bucks, you can get a generous serving of these breaded dill pickle slices with a side of the famous campfire sauce. You can also get the fried pickles with the Jump Starter Double, a combo appetizer that includes two of the following: 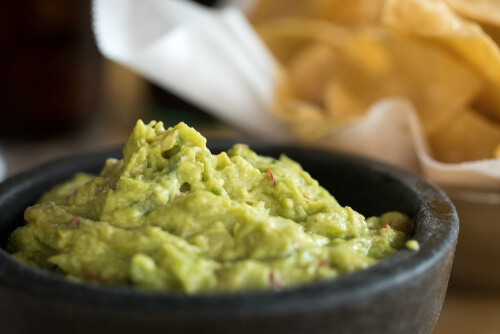 Making guac is an art form, and Chipotle has finally perfected their recipe after all these years. I can’t even think about order my go-to burrito bowl without adding a side of chips and guac, even when I’m not that hungry. Chipotle’s is far better than other chain restaurants (don’t @ me) because it’s handmade daily and actually tastes fresh. In addition to ripe avocados, it’s loaded with lime juice, cilantro, red onion, jalapeño, and kosher salt. Plus, it pairs perfectly with pretty much anything on the menu, so you have no real excuse not to order it next time you’re craving Chipotle.

To make this classic app at home, check out our Chipotle Guac Recipe.