Urban legends have a way of sticking around for years. They can be a big drag for businesses that find themselves the subject of one of these bizarre and largely unbelievable stories. Most urban legends are concocted from thin air, but some are based in reality, if precariously so. Here’s the lowdown on five popular fast food urban legends you may have heard through the ages. 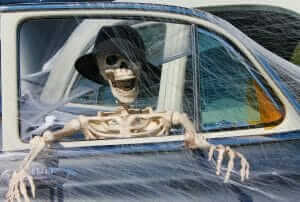 Earthworms Are Used as Filler in McDonald’s Burgers

Since around 1978, rumor has had it that McDonald’s bulks up their burgers with delicious, nutritious earthworms and mealworms. The idea is that these plump, plentiful beasts save the burger joint oodles of money. Of course, it’s all one-hundred percent hogwash. First off, the FDA and legitimate news organizations would be right the heck on top of that kind of nonsense. Secondly, a quick Internet search shows that a pound of worms costs around $20. That’s far more than the price of the highest possible quality of ground beef from the healthiest, plumpest, and most pampered cows on earth.

If Taco Bell serving up horse-meat gorditas sounds like the stuff of an urban legend to you, you obviously have a working BS detector. But this one has a bit of truth to it. See, back in 2013, the UK’s Food Standards Agency did some routine testing and found that the beef The Bell had been using contained over one percent of horse meat. The Western world lost its collective mind, and Taco Bell profusely and prolifically apologized. They quickly severed their relationship with the wholesaler who had been providing the meat. They assured American patrons that none of the horse-tainted beef had made it stateside. And as a result of the fiasco, quality control legislation was quickly passed in the UK to ensure such a travesty never occurred again. 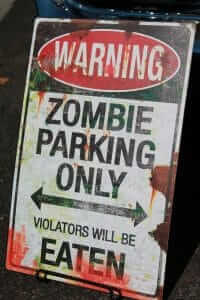 A Woman Found a Severed Finger in Her Wendy’s Chili

In 2005, a Wendy’s in San Jose became front-page news after one Anna Ayala “found” a finger in her bowl of chili. Turns out, Ayala had obtained the finger from a pal who’d lost it in an industrial accident. She thought it would be a good idea to “find” the digit in her food, thus opening the door for a lucrative lawsuit. Alas, she was apparently unaware of a little thing called forensic science, and the scam was quickly uncovered. Instead of retiring to an exotic locale with ill-gotten loot, Ayala got slapped with a charge of grand larceny and received a prison sentence for her trouble.

Ronald McDonald Choked to Death on an Arch Deluxe

George Voorhis was one of the first guys to dress in a creepy clown suit and call himself Ronald McDonald. A tenacious urban legend alleges that poor George died after choking on an Arch Deluxe in an ironic twist of fate. This, of course, wasn’t true, and of course McDonald’s passionately denied it. And in fact, rumor has it—we are unable to either confirm or deny—that in 1996, McDonald’s fired some employees for talking to the press about the story. One of these employees apparently happened to be the cousin of the guy who wrote the “I’m Lovin’ It” jingle. The jingle contains the notes C-D-E-A-D and is said to tell the true story of Voorhis: Clown Died Eating Arch Deluxe. *Eyeroll*

According to legend, the chickens KFC fries up are born without beaks, feet, or feathers. These genetically modified mutants are said to provide more meat than their beaked, footed, and feathered counterparts. Apparently, once the “government” got wind of these freaky fowl, it made Kentucky Fried Chicken change its name to KFC since they could no longer claim to serve “chicken.” While all of this sounds completely and totally reasonable, the truth is, scientists can’t yet produce such genetically modified animals. And even if they could, they probably wouldn’t see much point in producing a chicken without feet, feathers, or beaks.

While the Internet makes it pretty easy to find the truth concerning urban legends, it also makes it easy to spread such rumors. As always, it’s important to take everything you read online the same way you take your French fries: with a lot of grains of salt, especially if frankenchickens are involved.