It is Taco Tuesday and you are craving for a huge serving of Mexican food, particularly soft shell tacos and cheesy quesadillas. You grab your car keys, start the engine, and head downtown in search of a fast food restaurant that can satisfy your hunger. Finally, you see the sign and… wait a minute, there’s TWO Mexican fast food chains standing right in front of you and for three excruciating seconds, you find yourself wondering which one to choose.

While it is too darn unrealistic to see a Taco Casa right beside a Taco Bell, it is not far from reality that you will be facing this question at least once in your lifetime. So, before you even dare take a step, here is a list of guidelines to help you make the biggest decision of your life.

Created in 1954 as a Bell’s Drive-In and Taco Tia by Glen Bell, Taco Bell’s history is as rich as its taco sauce on a mountain of ground beef taco with shredded lettuce, tomatoes, and cheese. Although the very first Taco Bell restaurant was not opened in Downey, California until 1962, Bell already has a following of loyal “tay-kohs” lovers which was proven when in 1967, after only five years, Taco Bell has already celebrated it’s 100th restaurant.

Taco Bell offers a variety of inexpensive Tex-Mex dishes, from different kinds of tacos down to their specialties and imaginative creations. The presence of delicious ground beef, beans and yellow cheese and the aroma of the spices can make you drool but hold on to your self-control because you have not seen anything yet. This fast food chain is well-known for coming up with mouth-watering cuisine that can be too outrageous but for fans, it can only mean they are passionate with what they are doing.

Some of Taco Bell’s best sellers are Crunchwrap Supreme, a monstrous wrap made from tostada shell which separates layers after layers of ground beef and nacho cheese; Mexican Pizza, a hybrid of comfort food that everyone will enjoy especially if they are undecided as to whether they want to munch on pizza or Tex-Mex food; and the Doritos Locos Tacos, a dish that doesn’t need any introduction. 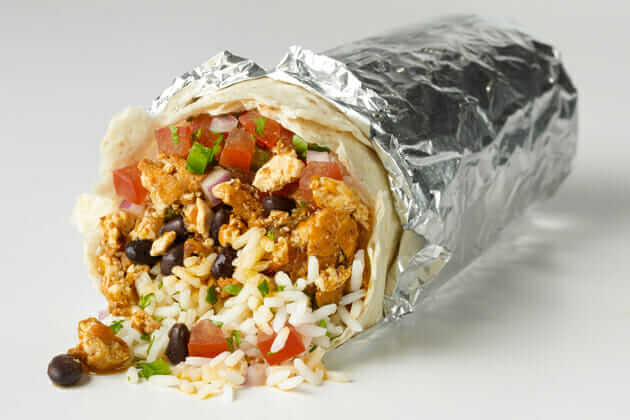 Besides the wonderful beef dish, Taco Bell also offers a vegetarian menu that doesn’t lack in flavor. Best sellers such as the 7-Layer Burrito and the now defunct Cinnamon Crispas are too good to pass, even for people who loathe the idea of having meat of lunch or dinner.

Of course, people may get scared that they’ll end up having excess weight if they keep on patronizing Taco Bell but don’t worry, this Tex-Mex fast food chain has a company registered dietitian in the form of Missy Nelson, RD. She helps Taco Bell develop their dishes, making sure that each customer will have what’s best for their lifestyle, food philosophy and health.

The brainchild of football player Rod Wilkin, Taco Casa opened in 1974 in the town of Tuscaloosa, making history as the most unique restaurant concept in that area. Their variety of fresh ingredients and dishes made-to-order have ensured them a couple of loyal local fans, especially when they also happen to serve an array of the coldest beers in town. Even the devastating tornado catastrophe in 2011 did not stop Taco Casa from growing, creating a landmark and a name for great tacos in Alabama.

With no meal over the $6.00 mark except for the Combos, Taco Casa remains to be one of the best go-to places for affordable, good quality Mexican food. Known to serve dishes that are homemade and made from the freshest ingredients such as iceberg lettuce, Wisconsin cheddar cheese, and sweet tomatoes. Their extra selection of sauces, ranging from mild to extra-hot sauce, can definitely make diners keep coming back for more.

Best sellers include the Soft Taco, seasoned ground beef in between a homemade soft taco shell and stuffed with fresh ingredients; Chili, a traditional comfort food that is made from scratch using the family’s secret recipe; and the Chimalupa, a taco salad served in a flour tortilla bowl smothered with cheddar cheese and sour cream.

While there are no specific vegetarian meals and no nutritionist on board, Taco Casa makes sure that what they serve their customers are all fresh, with no added preservatives or extenders that might not be beneficial for their loyal eaters.

Taco Bell serves innovative meals, thanks mainly to it’s “thinking-out-of-the-box” concept and registered dietitian on board while Taco Casa makes sure that all it’s meals are homemade, using only the freshest ingredients and healthy options. Both their prices are in the affordable range, making them extremely similar when it comes to marketing and money value. You can see a Taco Bell in almost everywhere you go while some people don’t really know Taco Casa.

If popularity will be the basis, Taco Bell will surely win, bar-none. But, as I like my meals homemade and traditional, Taco Casa wins my heart and my vote.