If you’ve ever seen a secret menu item that gave you a feeling of déjà vu – there’s likely a reason. Oftentimes, when a restaurant discontinues a fan-favorite, customers will get creative and find ways to come up with a similar item to replace it. Then, it goes on the secret menu so loyal foodies can get their fix. It’s not rocket science, either. If a restaurant has the ingredients on hand, there’s no real reason they can’t continue to prepare it. And that’s exactly what happened with the Subway Secret Menu Pizza Sub.

What Is The Subway Pizza Sub?

Back in the day, one of Subway’s hot-ticket items was called the Pizza Sub. It was just as it sounds – a sub stuffed with pizza toppings like pepperoni, shredded cheese, marinara, and veggies. However, the sub was pulled from the menu in 2012, which is right around when it officially made it onto the secret menu. 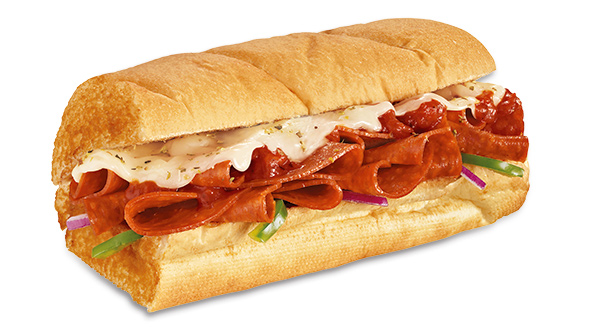 For years, people have continued to order the pizza sub regardless of its menu status. But recently, Subway added a new sandwich to the menu that gave the Pizza Sub a run for its money – the Pizza Sub Melt. What the heck is the difference? Well, other than the name, there isn’t any. The Pizza Sub Melt is advertised as an Italian sandwich with marinara sauce, pepperoni, and cheese. The promo photo shows some red onions and peppers, so it must taste decent with a pile of veggies on top. They also recommend it toasted, which only makes sense because who wants to eat an uncooked pizza?

I realize this probably crushed all your hopes and dreams for ordering the pizza sub from the secret menu. But hey, when Subway decides to discontinue this one, too, you can be the first to claim you added the Pizza Melt to the underground list of subs.

Here’s something else to consider: when it comes to Subway, however, the secret menu isn’t as relevant because everything’s already customizable. Heck, most of the time I order anything from the restaurant, it’s a creation from my own brain and not from their menu. But it sounds cooler if you ask for the Secret Menu Pizza Sub.