You are here: Fast Food Prices > Which Are the Most Special of the Fast Food Specials?

Which Are the Most Special of the Fast Food Specials?

In educational circles, the word “special” is sometimes used to describe below-average students, and this use has resulted in a rather negative modern connotation for the term. But in the fast food industry, there’s no intentional irony when the term special is used. Sometimes a menu item is special because it is extremely tasty and therefore expensive, or it may be a seasonal item that’s only appropriate for a certain time of the year. Sometimes it refers to menu items reserved for certain hours (breakfast or lunch specials), or it may be special because it is discounted for a limited time.

In any case, for the diner the special is usually a good thing, whether it’s because of the food itself or because of the low price. And in the fast food industry, the list of these specials is quite lengthy. So we narrowed down the options with our own personal favorites.

So let’s take a look at a few “specials” worth mentioning: 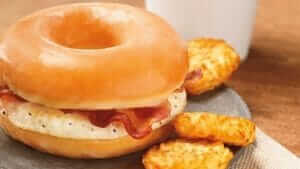 Among those is Dunkin Donuts, because after all its entire philosophy is that its breakfast fare of donuts should be available for the whole day. So now Dunkin has responded by extending its menu, and today we can pick from among their many Breakfast Sandwiches. Among the sandwiches using the regular buns you have Chicken Apple Sausage with cheese and fried egg, Egg and Cheese, Ham Egg and Cheese, and Sausage Egg and Cheese.

You have bacon, cheese, and fried egg in the Big N Toasted with toasted bread, while the Glazed Donut Breakfast Sandwich features bacon and fried egg too.

As you can tell, Dunkin Donuts have really responded to the McDonald’s breakfast challenge, and that’s god for diners like us.

2. The BWW specials. When you’re in the mood to watch the big game with friends, the fare at Buffalo Wild Wings can really complete the evening. It’s why their traditional and boneless wings are classic food for groups of friends, and they seem to match any kind of beverage. Add the 16 sauces and 5 seasonings, and you even have room to experiment.

3. Popeyes Louisiana Kitchen. Popeyes is well-known for its chicken dishes, but then that doesn’t stop it from introducing new items every now and then.  That’s why now it’s offering the Butterfly Shrimp Tackle Box with cocktail dipping sauce, with its 8 breaded butterfly shrimp, biscuit, and regular fries for the whopping price of…actually, it’s just $4.99.

Another option, and again for the same price, is the Cajun Surf & Turf. This time, you get 4 butterfly shrimp and 2 tenders. Five dollars can surely get you a good deal these days, and for a game on a wide-screen TV they’re perfect for you and your friends.

So these are our top 3 specials, with breakfast and food for friends covered nicely. So what are the best specials for you?