Puerto Rico policemen will have to look elsewhere for their doughnut and coffee fix. Dunkin’ Donuts, which is the most famous American doughnut franchise, has decided to shut down all of the 18 franchise locations in Puerto Rico after a run that lasted for 13 years.

The decision was finalized on October 9 right after the company was able to get judicial annulment of their contract with Florida-based Wometco Donas Inc., the corporation responsible for the operation of all 18 locations on the island. According to their senior director of global public relations for Dunkin’ Brands Inc., Michelle King, in an interview with EFE, the company has decided to pull out of the island’s market and this was the outcome of the somewhat lengthy litigation process. 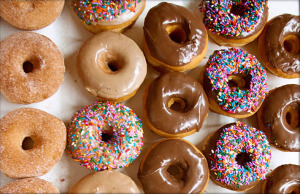 In the interview, King stated that Dunkin’ Donuts filed the suit in order to terminate their franchise agreement with Wometco Donas. Thus, all 18 locations, which were operated by the said company, had to cease operations by October 5. This ruling came from the Federal Court.

The reason behind this rather shocking decision was that Wometco owed them a debt that amounted to at least $195,000 in unpaid franchise fees. Dunkin’ Donuts sued Wometco earlier this year, in January, as they continued to use the Dunkin’ Donuts brand, despite the fact that their agreement had been violated.

According to King, the brand apologizes profusely to their loyal customers, as they are committed to the island and hope to serve the people of Puerto Rico in the future. She also added that due to the fact that the matter was still under the litigation process, the brand would not be able to make any further comments regarding this matter.

If you check on Facebook, you will see that Dunkin Donuts Puerto Rico has only 17 branches listed. Nevertheless, all their locations, including those in shopping centers and the Route 66 outlets would close.

Louis Davila, who is a news analyst, a lawyer and a radio host as well, has stated that while Dunkin’ Donuts was leaving due to a dispute, the economic downturn of the island should also be a consideration. According to him these franchises that operate with local entrepreneurs are those who have to capitalize and also expand, further commenting that Dunkin’ Donuts wanted more money and a chance to capitalize more before Krispy Kreme could.

An analyst says that Dunkin’ Donuts has rivals on the island, Starbucks and Krispy Kreme, as both of these coffee greats have expanded strongly. Davila also states that without any doubt, economic depression played a major hand in the closure of these 18 locations.

According to him, it incorporates a little bit of everything. Recession began in Puerto Rico in 2001, and while many places have finally gotten out of that ditch, it is now 2014 and Puerto Rico has still a long way to go before the island can be free of the recession.
Davila goes on to say that many businesses have closed and yet the government has added more taxes and created trade barriers as well. According to him, this has caused more than half of Puerto Rico’s population to migrate to the United States.

He says that about 75,000 people leave the island yearly and that although there are 3.5 million Puerto Ricans on the island, a majority, which is 5 million reside in the U.S. Davila was quick to add that while Cubans escape by raft, Puerto Ricans do this by jet and citizenship.

He states that due to the contracting economy and the fact that most of the population has or plans to migrate to the U.S., all types of businesses are suffering. The island itself has a staggering debt of $110 billion, which was part of a report released by the Association of Authorized Public Accountants or AAPA.

The board of experts said that they are concerned about the magnitude of this fiscal and economic crisis, and that they have developed a series of recommendations in order to overcome the problem. They plan to develop an economic plan in order for them to achieve fiscal discipline.

While rising taxes could be part of the solution, it is not the sole solution, said the board of experts. They believe the island needs to follow the patterns set by other countries wherein a substantial cut in public spending is done to address the problem, instead of letting the tax system obstruct the progress of Puerto Rico.

While Starbucks and Krispy Kreme are still thriving, there is no guarantee that they will stay afloat, given the fact that most of their loyal customers are moving to the U.S. At this time, it is still a waiting game, as we can only sit tight and observe if those companies can last for a longer period of time.