Today, the casual dining restaurant chain has 142 locations in 13 states all across the United States, with the majority of these restaurants in the southern states and the Midwest. Lee’s Famous Recipe Chicken has franchise units in Jordan and Canada as well. Headquartered in Florida’s Fort Walton Beach, Lee’s Famous Recipe Chicken specialties include chicken, of course, cooked in three delicious ways, biscuits, and home-style side dishes. 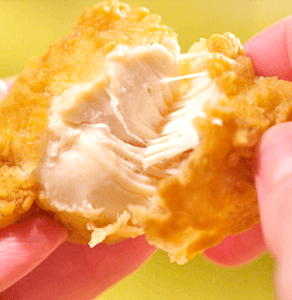 Chicken is chicken, until you taste Lee’s Famous Recipe Chicken. Then it’s a whole new experience. Famous Recipe is pressured fried chicken, but not before it’s hand-breaded and honey dipped to give chicken a mouthwatering flavor. Oven Roast chicken baked in its own juices, high on protein and low in carbohydrates. And then there’s Crispy and Spicy, honey-dipped with a blend of special spices and fried to give chicken a bold crisp taste.

Jumbo Breast Strips are all white chicken breast strips cooked in the same scrumptious way as the Famous Recipe and served with dipping sauces while Jumbo Boneless Wings are chunky pieces of all white chicken breast meat in a marinade of spicy seasonings and double breaded before they are pressure cooked. Chicken fried steak, chicken sandwiches, chicken pot pie, and specialty chicken items such as chicken gizzards or livers served with corn muffins or buttermilk biscuits.

At Lee’s Famous Recipe Chicken restaurants, diners have a wide selection of side dishes that are prepared the Southern way:

A diner can choose any two of these homestyle side dishes when they order the following specialty items:

Some of Lee’s Combos come in the following servings:

Between eight and 20 pieces of Lee’s Famous Recipe Chicken are sold in one box with just chicken alone and no side dishes. And, although dessert selections vary by location, Strawberry Shortcake Cup and Boston Crème Cup are always mainstays in Lee’s menus. Catering services are available in several locations. Unsweetened and sweet varieties of ice tea are freshly brewed everyday and served alongside Pepsi products.

Lee’s Famous Recipe Chicken restaurants serve the residents of the communities where they are located not only with their “Daily Deals” which begin at $4.49 but by donating food items to groups, organizations, and other entities that request them in writing three weeks in advance. Lee’s Famous Recipe Chicken has the Fundraiser Night and the Coupon Booklet fundraising programs for non-profit organizations.