You are here: Fast Food Prices > Jack in the Box Secret Menu

Jack in the Box has some of the most important staple foods in the fast-food industry – 99 cent tacos, Jumbo Jacks, and curly fries. But have you ever wondered about the food items that aren’t advertised on the menu? The Jack in the Box Secret Menu is filled with delicious creations that customers have come up with over the years, from Loaded French Fries to Breakfast Tacos and Triple Cheeseburgers. Let’s take a look at what this underground menu has to offer.

Jack in the Box Nutrition

Jack in the Box Coupons

Keep in mind, Jack in the Box Secret Menu items are only available at participating locations. Some workers will not know what all of these items are, while others will refuse to serve anything outside the regular menu. They are not obligated to make any of these custom creations, but being polite when you ask never hurts. 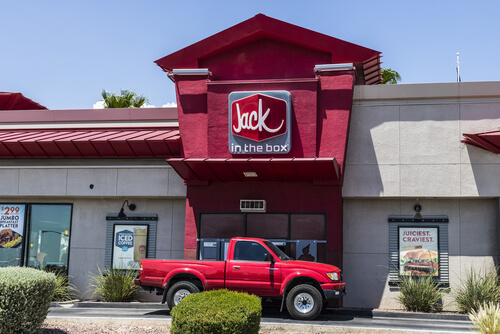 Everyone knows about Jack in the Box tacos on the regular menu, but what about a breakfast version? The Jack in the Box Secret Menu includes Breakfast Tacos that are the perfect way to start out the day. Simply ask a worker to create the Grande Sausage Breakfast Burrito or Meat Lovers Burrito using a taco shell instead of the traditional soft tortilla. You will have to dish out more than the regular cost of a Jack in the Box taco, which is 99 cents, but it will be totally worth it.

If the employee won’t create this menu item, you can just order the original burrito and ask for a couple of hard taco shells.

Customers did not come up with this Jack in the Box Secret Menu item; it has been featured on the regular menu in the past. However, when the Ciabatta Bacon Cheeseburger is not available on the regular menu, you can still attempt to order it. If your local Jack in the Box restaurant happens to have the ingredients that go into this burger – cheese, bacon, red onion, tomato, lettuce, two beef patties, and a ciabatta bun – they may just make it for you.

This Jack in the Box Secret Menu Item is inspired by the Burger King Rodeo Stacker, a burger that contains two beef patties, cheese, onion rings, bacon, and BBQ sauce. You’ll need to order the Jack in the Box Jr. Bacon Cheeseburger and ask to swap the mayo and ketchup for BBQ sauce. Add onion rings to your order, and layer them on top of the burger. Voila! You’ve got a makeshift Rodeo Stacker. 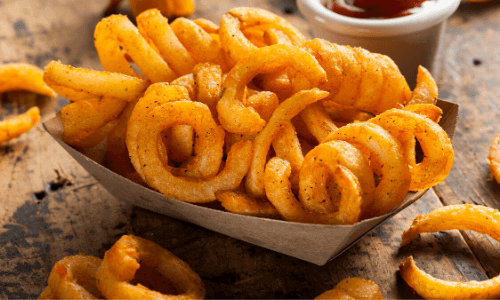 Ordering this Jack in the Box Secret Menu item is super simple. All you need to do is ask for Bacon Cheddar Potato Wedges with curly fries instead of potato wedges. Toppings include bacon bits, cheese sauce, and shredded cheese. You’ll never go back to potato wedges again.

The Oreo Shake is a fan favorite at this fast-food restaurant. You can spice it up a bit by asking for the Mint Oreo Cookie Shake, which is just the Oreo shake blended with mint ice cream. Mint ice cream is usually a seasonal menu item, however, so you may not be able to order this at all times.

When a double cheeseburger isn’t enough, you order a triple. Many customers call this Jack in the Box Secret Menu burger the 3×3 because it contains three burger patties and three slices of cheese. We suppose you could do the same with a 4×4 if you’re really hungry.

You probably recognize the Grilled Breakfast Sandwich from the Jack in the Box menu. But one of the best-kept fast food secrets is that you can add different toppings to this sandwich to make a DIY masterpiece. We recommend adding bacon bits, extra cheese, and another layer of your favorite meat! PS – this sandwich is quite filling on its own, including two eggs, bacon, ham, and cheese on sourdough, so come prepared to eat. 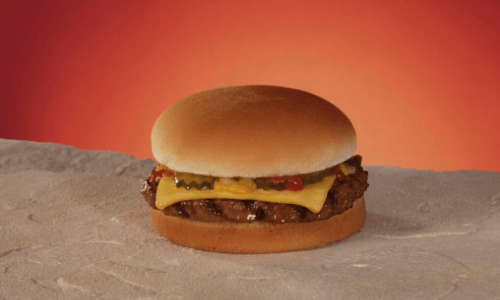 Extra cheese slices on your burger may cost more, but it is well worth it. You can add cheese to any menu item to amplify the flavor.

Jack in the Box is well known for its sourdough bread, but it only comes on select burgers and sandwiches on the menu…unless you’re looking at the Jack in the Box Secret Menu, that is. Most locations will allow you to order any burger or sandwich on the menu with sourdough instead of a regular bun if you ask. Trust us, it makes all the difference.

Jack in the Box serves fresh brewed iced tea each day, but if you are not into the unsweetened stuff, you can ask for half tea, half lemonade to create your own Arnold Palmer. In fact, you can create just about any drink at Jack in the Box because they use the Coke Freestyle Machine with tons of flavor options for your favorite sodas, juices, and waters.