Jack In The Box just introduced their new Quad Bonus Jack. Jack In The Box’s Quad Bonus Jack will only be available at a few locations nationwide and for a limited time. The Bonus Jack includes four tasty beef patties, four slices of American cheese, lettuce, pickles, and the restaurant’s secret sauce, all on a crisp bun.

Below is a list of the nutritional information of Jack In The Box’s Quad Bonus Jack: 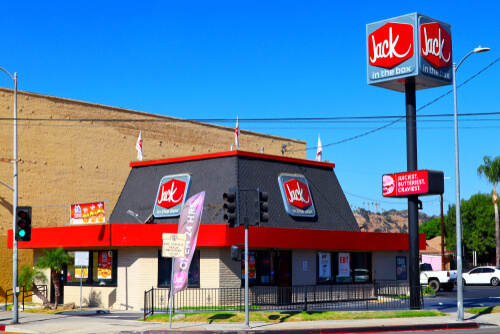 The nutritional information for the Triple Bonus Jack includes:

Customers can also download the Jack In The Box app, which makes it very convenient to pay, order, and pick up. In addition, first-time customers who make a purchase using the app will receive a 15% discount on their next meal. To learn more ways to get deals at your favorite restaurants, check out our Fast Food Coupons page.