You are here: Fast Food Prices > Fazoli’s vs. Noodles & Company – Who Wins at Pasta?

Once in a while there will always be a fierce battle between two well-known brands offering the same kind of products. Each one will have its own set of loyal fans and customers who will vouch for their reputation.

When it comes to restaurant and fast food chains, the game is even more competitive, with each contender ending up with various gimmicks and strategic advertising campaigns meant to highlight their achievements and popularity. In any case, the strength of a fast food chain lies on what is served on its menu and how such food items would connect to their target market.

As far as pasta and noodle based dishes are concerned, two brands have so far emerged to battle it out: on one hand there is Fazoli’s which has been around for more than two decades now; and on the other, Noodles & Company, which has been rapidly expanding since its founding almost twenty years ago.

The idea for an Italian fast food concept restaurant was hatched in the late 1980’s, but did not really come into fruition until 1990 when five restaurants under the same brand started operating in five different locations. Expansion has been quick, with the five initial locations multiplying to 35 in just two years of initial operation, and adding 25 more a year after that. With more than 4,700 employees hired as of late, the company seems to be expanding more and more and shows no signs of stopping, consistently adapting to change by changing formats that would be more appropriate for strip malls, targeting larger demographics. The company offers food items that are noodle based as well as other popular Italian inspired dishes like pizza and pasta along with mouth-watering side dishes, lunch, and dinner sets.

Noodles & Company is said to have been founded in 1995 to negative reviews and universal panning of one too many food critic. Its success story, however, proves that persistence and constantly striving for improvement would be a good investment in the long run. Ever since its not so ideal beginnings, the company has managed a complete turnaround, winning accolades left and right and ending up with more than 300 locations across the United States as of May 2013.

Its revenues are estimated at $300 million based on 2013 figures. Most of the company’s more than 300 branches are owned by Noodles & Company Incorporated while some are operated as independent franchises offering the same food items on their menu. The main food product marketed are noodle based, with offerings of salads, pastas, and sandwiches on the side.

The Battle of the Pasta

Comparing both companies in terms of market performance and revenue might appear to be moot, given how the two of them have proven a lot when it comes to market dominance and profitability. As such, it would be more appropriate to compare something which could be dictated by public opinion: taste. This would prove to be tricky, but every food critic out there would find a way, while every foodie would find a loophole somewhere as far as variety is concerned. Without further ado, here are some points for consideration. 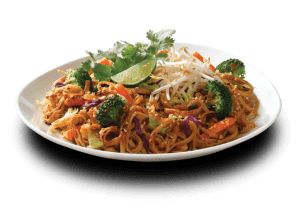 While both restaurants offer noodle based dishes on their menu, Noodles & Company seems to be the more daring one when it comes to variety. With dishes such as Pad Thai, Japanese Pan Noodles, and Indonesian Peanut Sauté, Noodles & Company has already won the hearts of the large Asian immigrant population by default. Compare this to Fazoli’s largely Italian options such as the traditional baked Ziti, lasagna, and Spaghetti, which do not really offer anything new to the palate. While preserving the Italian tradition, which has made it popular, could be a plausible defense, adaptability to changing times might just as well lead to Fazoli’s downfall. 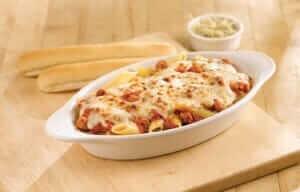 As many would say, there is no accounting for taste, but this would probably be Fazoli’s advantage over Noodles & Company. Why so? For a brand to be considered memorable, one must have a signature treat which many would identify to that brand alone. This is where Noodles & Company might find too much variety to be quite harmful, because there would not be a fixed taste associated with the brand, as opposed to Fazoli’s rather limited but well-established Italian twist. Besides, many would argue that a consumer has the choice beforehand anyway, as far as his dining options are concerned.

In the end, it would still depend on you, the customer as to which restaurant to choose. When it comes to good quality noodles, both of them offer such a treat, but with different twists to match different tastes.