One by one, major restaurant chains promised to utilize cage-free eggs. Now, they can be called birds of a feather.

McDonald’s, Taco Bell and Dunkin’ Donuts made this exemplary commitment in response to consumer demands that farm animals should be treated better. However, cage-free is not the same as free-range. It means that hens are not kept in cages and they have access to an open indoor space, although they don’t spend time outdoors.

The cage-free concept isn’t ideal, but then, it’s better than other alternatives. The American society against cruelty to animals is painting a grim picture of what life should be more this country’s over 300 million laying hens.

Studies show that in many areas, 10 birds are being crammed into only one wire cage. They barely have enough space to move. Often, the beaks of these hens were cut down to prevent them from pecking one another to death. Philanthropist Lewis Bollard estimates that the 2015 announcements will be resulting to a better life for over 30 million hens.

We should not discount the fact that most of the changes would take some time to arrive. Timelines differ from one company to another, but 5 to 10 years is a typical estimate. Still, many animal advocates view it as progress. It doesn’t matter how slow the entire process is. The most important thing is that it is geared toward the demise of battery hen farming which is considered as a cruel industry practice. 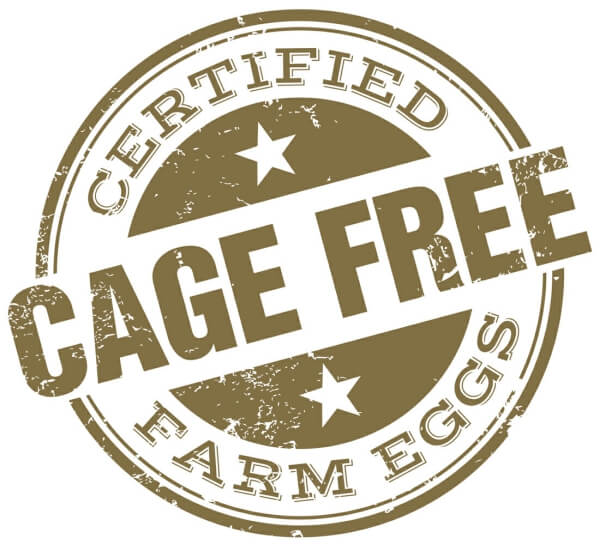 “Solving animal welfare problems has gone from simply being an option to a basic necessity for any company that’s operating in the food industry,” says Senior Director for food policy Josh Balk.

Here is the list of 15 fast food chains that made a commitment to go entirely cage-free:

Burger King made this commitment way back in 2012.

Taco Bell has an important goal, to be the fastest fast food in the industry, well, at least in terms of switching to cage-free eggs. This switch will be made at the end of 2016. Taco Bell’s decision will be implemented by each of its US locations totalling 6,000.

Two years ago, Noodles and Company announced that it had already completed its switch to cage-free eggs.

Still a long way to go for McDonald’s, but it’s already a good start. In September, this fast food announced its plans to utilize cage-free eggs by 2025 for its 16,000 outlets in the US and Canada. That would eventually add up to approximately 2.12 billion eggs per year, even though the change will still be implemented after a decade.

Last October, Starbucks made a statement to commit working with cage-free suppliers to meet the goal of being a hundred percent cage-free by the year 2020.

Still a decade to go for Dunkin’ Donuts since the announcement to go completely cage-free by 2025. The company made this move to improve life for over 1.4 million hens.

In November, the company promised to utilize cage-free eggs by 2020. But it’s good to know that approximately one-fifth of Panera’s laying hens are now cage-free. Panera likewise made a statement that it is currently using more or less 120 million eggs on a yearly basis.

10. The Cheesecake Factory – to be announced

There’s no definite date yet, but the Cheesecake Factory promised to cease from using battery-farmed eggs in the future. The timeline for the announcement of the date is expected in 2016. In addition, the company said it will stop from using pig gestation crates which is considered as a brutal animal confinement by 2020.

By 2025, eggs used at all TGI Fridays restaurants will be cage-free.

This US-based fast food store will be serving only cage-free eggs by 2020.

In December, Peet’s Coffee and Tea stated its aim to use cage-free eggs in all its company-owned restaurants by the year 2020.

This Jack in the Box fast food outlet is due to eliminate non-cage-free eggs by 2025. The same commitment was earlier made by its parent company.

The commitment to use cage-free eggs was made by Au Bon Pain and to be implemented by 2017. The same deadline has been set by the company for eliminating its pig gestation crates. It’s a good thing that the company finally realized the importance of going cage-free.