You are here: Fast Food Prices > How Fast Food is Keeping Up With Millennials 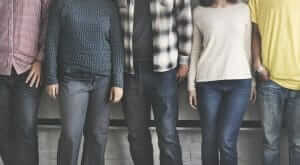 Millennials get a lot of flack from crotchety old Gen-Xers and Baby Boomers, who regard this younger generation as a bunch of lazy, narcissistic snowflakes in need of safe spaces. But the truth of the matter is that Millennials, who were born between roughly 1982 and 2004, are the most socially aware and politically engaged generation in modern history.

According to the Brookings Institution, Millennials are more interested in a high quality of life than a high income, and they care deeply about the quality of the air they breathe and the food they eat. They prefer recycling or re-using to buying new, but when they do make new purchases, nearly 90 percent of Millennials choose socially and environmentally conscious companies and healthy, eco-friendly products.

Considering that Millennials account for 25 percent of the U.S. population and hold $1.3 trillion in spending power, this decrease in business has the all the suits at Fast Food businesses tripping over themselves trying to appeal to this elusive, tradition-bucking generation. And it’s very interesting to see which companies really get Millennials and which ones kinda don’t.

Here’s what those who do are doing to appeal to Millennials’ “narcissistic” desire to maintain good health, do right by their local and global communities, and get the most out of the technology available to them that makes their lives that much easier.

Millennials seemingly came out of the womb with mad digital skillz, programming their grandparents’ VCRs and helping their folks navigate their smartphones from the time they were toddling. This generation loves their apps. Despite reducing their overall patronage of fast food establishments, Millennials are behind significant revenue and traffic increases at Chipotle, Panera, and Starbucks, and an RBC analyst cites a strong digital presence for this business boon.

All three restaurants feature mobile apps that let you order ahead of time and skip the line when you pick up your order, and they all offer a high-tech digital rewards program. Starbucks, for example, lets you earn bonus rewards when you use their mobile app or registered Starbucks card to pay. You can reload your card with money through the app, too. And Millennials love it.

RBC stresses that if Burger King, McDonald’s, and Wendy’s are going to be competitive in the Millennial market, they’re going to have to up their digital and mobile games. And it appears that McDonald’s, at least, is attempting just that: Mobile ordering is coming to a Golden Arches near you sometime in 2017.

Millennials like their ingredients fresh. Chipotle is Millennials’ favorite fast food restaurant, according to a recent Nielsen survey, and that’s largely due to the Mexican chain’s substantial investment in high quality ingredients rather than in TV ads and other advertisement. Hence, Chipotle can afford to serve antibiotic-free meat and chop fresh veggies each day. Texas Roadhouse and Panera Bread are other Millennial success stories, thanks to their own investments in fresh ingredients and quality food.

Fast food chains that are missing out on the Millennial crowd are seeing all this, and they’re starting to jump on the better-ingredient bandwagon. Hardee’s and Carl’s Jr. recently rolled out new chicken breasts that are free of artificial preservatives or additives, and in 2016, McDonald’s began testing fresh, rather than frozen, hamburger patties in the Dallas Market and artificial preservative-free Chicken McNuggets in Portland.

Considering that 12 percent of Millennials report being “faithful vegetarians”—compared to four percent of Generation X and just one percent of Baby Boomers—more restaurants would be wise to offer more meatless options like Panera and Chipotle do.

The socially progressive politics and practices of chains like Starbucks and Chipotle put them in great standing with Millennials. Meanwhile, establishments like McDonald’s—whose employees receive an inordinately large amount of public assistance, according to Bloomberg Businessweek—are often shunned by Millennials.

The fast food industry is precariously poised on a precipice right now, and it’s only a matter of time before it becomes universally acknowledged that you’ve got to put the “food” back in fast food and play an ethical game if you’re going to continue feeding Millennials as they age and spawn a whole new generation of socially and environmentally responsible consumers. Regardless of where it all leads, it’ll be interesting to watch the future of Fast Food unfold.