Denny’s is kicking off this new decade in a healthy manner by launching the all-new Beyond Burger after collaborating with Beyond Meat. The patty that is included with the Denny’s Beyond Burger is completely plant-based. Back in the fall of 2019, Denny’s had announced the launch of the Beyond Burger, which was only available in Los Angeles at the time. But as of 2020, the restaurant chain has released this burger in all locations across the United States. 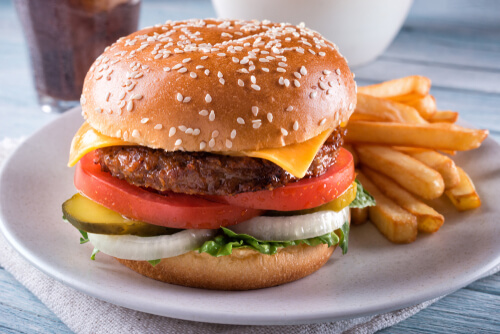 The plant-based burger by Denny’s includes the 100% plant-based patty, lettuce, tomatoes, onions, pickles, American cheese, Denny’s signature sauce, and finally, the burger is crowned with a fresh multigrain bun. The cheese and sauce, however, is not vegan-based, so customers who wish to remove those and keep their Beyond burger fully vegan can do so.

There are other plant-based options at Denny’s other than the Beyond Burger that customers can munch on, such as the:

Denny’s isn’t the only restaurant chain offering plant-based options these days. Chipotle is offering the Vegetarian Bowl, as well as the burrito with black or pinto beans, tofu “Sofritas,” and fajita veggies. P.F. Chang’s has included on their menu plant-based meals such as the Vegetarian Lettuce Wraps, Buddha’s Feast, Ma Po Tofu, and more. White Castle is also featuring their Vegan Veggie Slider, which is made with a ton of veggies. Panera Bread has included on their menu the vegetarian black bean soup and the Mediterranean quinoa salad with almonds.

There are plenty of other restaurant chains that offer customers the option to eat healthy and also cater to plant-based diets. In addition, guests who also wish to know more about Denny’s Beyond Burger and other healthful menu items should visit the restaurant’s website.