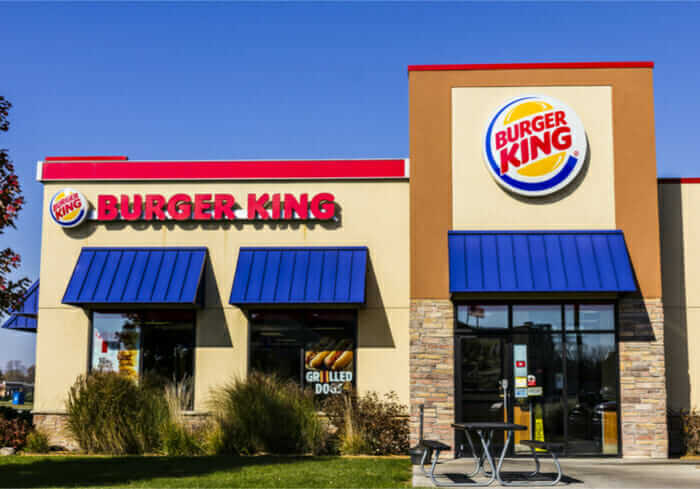 Burger King is one of the biggest fast-food hamburger chains worldwide. Millions of guests visit Burger King every day around the world to get a taste of the mouth-watering burgers and other signature recipes. And even though fast food prices are on the rise, customers can save big with Burger King deals, discounts, and coupons. By visiting their website, downloading the official Burger King app, and signing up for their offer emails, you can save more.

Burger King is known for having cheap fast food options, from their value meals to their rotating menu deals. Fortunately, the majority of Burger King menu deals and coupons are available at your fingertips – as long as you have access to the Internet and/or a smartphone, that is. Sign up for an account to redeem any of the coupons on this massive list:

Keep in mind, these Burger King menu deals are limited-time offers. Prices may vary by location, as well.

To access these Burger King’s deals and limited-time offers, simply download the Burger King app and navigate to the “Offers” tab, where you will discover more than 20 exclusive coupons. To use one of these Burger King Coupons, simply click on the coupon and select whether you would like to place a Mobile Order or a Restaurant Order. Keep in mind, some of the Burger King coupons you find on the app are labeled “Mobile Order Only” coupons, meaning you will have to place your order directly through the app, rather than in-store.

Upon selecting the Mobile Order option, a Coupon Builder will pop up, where you can customize your meal and Add to Order when you are ready to checkout or add another item to your cart. You will also have the opportunity to create an account, as well as add your payment method, which will store all your information for the next time you want to place an order.

Aside from the coupons on their online app, Burger King has also jumped into the rewards program bandwagon with their Royal Perks program. Since they’ve recently rolled this out in 2021, it’s still only available in some cities such as New York, Los Angeles, and Miami rather than nationwide.

With Royal Perks, you can earn 10 Crowns (Burger King’s version of points) for every $1 you spend. To give you an idea, there are six tiers of rewards, with the lowest at 250 points and the highest at a whopping 1400 points. Here are a few examples for each tier:

Nearly every item in their menu is assigned to a tier, so for the full list, go to bk.com/terms-conditions-rewards!

How do I join?

If your area is currently covered by Royal Perks, you’re automatically enrolled as long as you have an account on Burger King’s mobile app or website. They’re steadily increasing their coverage, so you can check your app from time to time for notifications or announcements.

Since it’s a new program, Burger King is soon launching new features for members, such as free upsizes for drinks, fries, hash browns, and coffees. They’ll also be coming up with challenges where members can earn extra Crowns. As of now, you earn double the Crowns too on your birthday month, as well as during special events.

Although Burger King offers deals the whole week round, there’s one day where you can consistently get a burger for cheaper: Whopper Wednesdays. When you check your Burger King app, there are almost always Whopper-related deals that you can only avail of during Wednesdays. The exact deal varies from week to week, but we’ve seen standard Whoppers being offered for only $1 or $2 (as compared to their usual price of $5).

This is another good bargain that Burger King is currently running at select stores. We’d love it if you could score two menu items for only $1, but this deal requires that you purchase one for a regular price then get the other at the discounted price of $1. Here are your options:

All of these cost at least $5 normally, so it’s a deal that’s worth taking advantage of if you want double orders!

$1 menus are simply not that common anymore, even with fast food places, but they haven’t disappeared entirely. Since the end of 2020, Burger King has brought back their $1 Your Way Menu, allowing you to buy any of four menu items for $1:

This was brought back mainly because of the pandemic situation in 2020, with more people tightening their belts and struggling with the costs of buying food. Although all of these menu items are fairly light on their own, you can combine three of them for a heavier meal that’s only around $3. As a bonus, Burger King actually gave away $1 to some customers’ Venmo accounts.

The best part is you can get any two of the above. No need to stick with only two Croissan’wiches or two Biscuits! For double meat, you can upgrade to $5–check out the next deal.

In the past, Burger King also ran a popular 2 for $5 deal not for breakfast sandwiches but for their fan favorites: Whopper, Fish Sandwich, 9-piece Chicken Fries, and Original Chicken Sandwich. This has since been phased out in favor of the Buy One, Get One for $1 deal, which covers the same menu items.

Burger King has made some changes to their value menu in 2020, and that includes their new Make it a Meal for $10 deal. This covers two entrees, two small fries, and two fountain drinks. The following entrees are available for this deal:

Unlike the BOGO for $1 deal, it includes sides with your order. If you’d rather have a more complete meal rather than going ala carte, then this might be a better deal for you!