You are here: Fast Food Prices > Battle of Yogurt Shops: Tutti Frutti vs. TCBY vs. Yogurtland – Let the Customers Decide

The heat is on for the battle of yogurt shops – Tutti Frutti, TCBY, and Yogurtland. Ever since yogurt became the healthier alternative to ice cream, the “yogurt war” has escalated to become the definition of certain lifestyles. Yogurtland, Tutti Fruttim and TCBY are vying to win top spot for THE ultimate yogurt brand.

Yogurtland is popular not only because it is less expensive than other brands in its class but because of its collectible spoons with the designs of Tokidoki characters on them. Yogurtland, according to Vice President of Development and Operations Larry Sidoti, is the “original” model for self-serve frozen yogurt.

While its competitors use the same kind of frozen yogurt from one to two sources, each of Yogurtland’s flavors has been formulated by in-house specialists in product development. These flavors include Pumpkin Pie, Red Velvet Cupcake Batter, Peanut Butter, Toasted Coconut, Pecans & Pralines, and Taro, among others.

Admittedly, TCBY is only one of the frozen yogurt industry’s original creations, albeit it has become the most recognized ever since 1981 when it opened its first shop in Little Rock, Arkansas. The TCBY model today, however, has been redesigned for potential franchisees who want the self-serve concept.

Moreover, TCBY now uses Splenda, not aspartame, as well as some sugar alcohols, and has reduced the amount of sugar to 17 grams per half cup serving. Some customers prefer TCBY because it actually tastes like the traditional ice cream, albeit 96% of its flavors are far free, without the fattening calories. 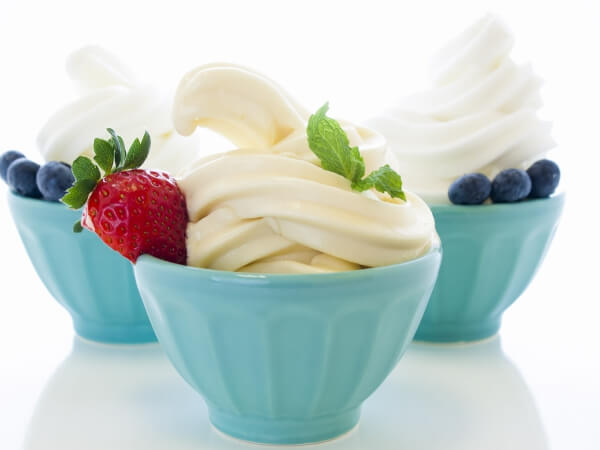 Tutti Frutti has called itself the largest of the frozen yogurt industry’s self-serve brands worldwide, a statistic which may be correct because of Tutti Frutti’s more than 680 yogurt shops located in 30 countries. Tutti Frutti offers frozen yogurt in soy for customers who have food allergies or sensitivities.

In the battle for frozen yogurt supremacy, all three have several features that could land them the top spot. Although the proof is best confirmed through actual tasting, we can always take a quick look at what each yogurt brand has up its sleeve to offer future customers right here.

Founded by Philip Chang in February of 2006, Yogurtland’s 300th shop opened in July of 2014; earlier, in January of the same year, it opened its Dubai store in the United Arab Emirates (UAE).

Four years ago, Yogurtland entered into a partnership with Sanrio, creators of Hello Kitty and other Sanrio characters – including Keroppi, Chococa, and My Melody — were imprinted on Yogurtland’s biodegradable spoons and cups which soon became prized collectibles. Merchandise bearing these characters were also sold in Yogurtland shops.

Yogurtland shops can have a minimum of 16 flavors that customers can combine and mix in cups through spigots which control the containers for the different yogurt flavors. A selection of 33 toppings – which include nuts, chocolate bits, freshly-cut fruits, syrups, and crumbled Oreo cookies, among others – help sweeten the flavors.

Depending on the location, some shops offer dairy-free and tart flavors, the former as a concession to lactose intolerant customers. Additionally, some flavors are gluten-free. The yogurt is sold typically from 30¢ to 39¢ an ounce while in Alaska and Hawaii, the same yogurt is sold at 45¢ and 42¢, respectively.

The Tutti Frutti yogurt shops worldwide are designed in bright colors, with trendy furniture, and equipped with a flat-screen TV. Depending on the location, some Tutti Frutti shops offer student customers a discount of 10% on its products. According to its official website, Tutti Frutti flavors include:

It isn’t called The Country’s Best Yogurt for nothing. Although TCBY stores hand scoop their frozen yogurt when serving, newer shops offer soft serve exclusively and follow the self-service business model in which customers are charged by the weight of their purchase.

Flavors are rotated at TCBY but Golden Vanilla, White Chocolate Mousse, and Chocolate are flavors that are available daily. Additionally, Frappe Chillers and Berriyo smoothies made with yogurt are also served in TCBY outlets. Innovations keep coming at TCBY, particularly as meal replacements in lunch bowls, smoothies, and parfaits.

Four years ago, a reformulated, more nutrient dense version of its frozen yogurt was launched to reduce its fat content to a little below the two percent mark to earn the label “low fat.”  In January 2012, TCBY launched their Greek frozen yogurt, the first chain in its class to offer such a product.

It is really you, the customers, who will decide which of the three frozen yogurt brands would eventually be Numero Uno and because the factors for your decision are dependent on factors such as taste, consistency, price, presentation, etc., you will have to personally taste one or several flavors of each brand.

Just remember that it is not a matter of which brand has the most number of store locations or which has the cheapest price. Everything is relatively especially when it comes to personal preferences. Read the ingredients, eat in proportion, and go for the brand which, for all intents and purposes, takes you to frozen yogurt heaven.