Fridays are for long island cocktails, cheesy fries, and hanging out with friends – at least in my book that is. That’s why I was thrilled to find out that TGI Friday’s food and drink specials can satisfy my cravings not only at the end of the week, but every day in between, as well. Even better? TGI Friday’s Happy Hour is an ongoing event, taking place from the time the restaurant opens to the time they close for the night. Here’s a look at how to save some cash and get cheap drinks and appetizers by ordering off the Friday’s 5 menu.

Does Fridays have Happy Hour? 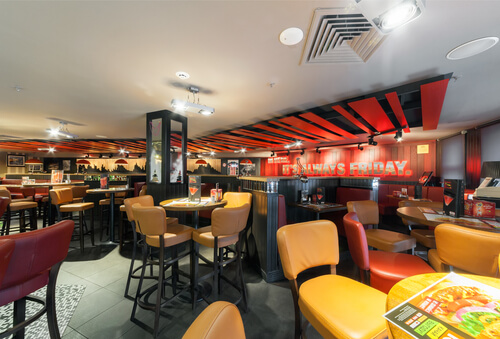 TGI Friday’s advertises that their happy hour takes place all day, every day. The restaurant franchise has happy hour deals on their Friday’s 5 Menu. Why is it called the Friday’s 5 menu? Well, customers can get a variety of drinks and appetizers for just five bucks at any time of day.

Some of the most popular menu items on the Friday’s 5 menu include:

Customers must be seated at the bar to get $5 appetizers. 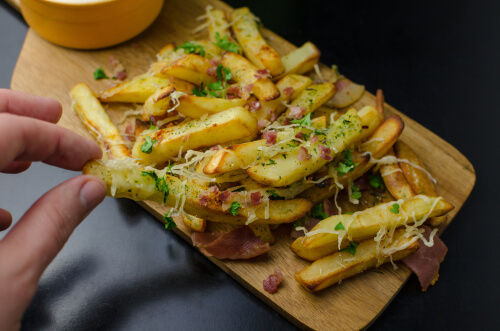 What time is happy hour at TGI Friday’s?

According to the TGI Friday’s website, happy hour is all day, every day. However, happy hour specials are subject to change and may vary by location. Check with your local TGI Friday’s menu to confirm which drinks and appetizers are on special for happy hour.

Happy Hour Drink of the Month

TGI Friday’s is not currently running a drink of the month promotion.

Does TGI Fridays have half price appetizers?

As of now, TGI Friday’s does not have a promotion for half price appetizers. However, there are currently a few appetizer specials on the menu, including: 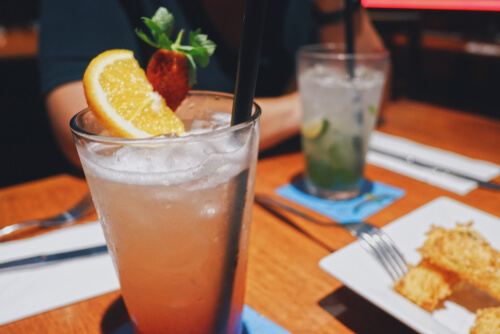 Note: Due to changes in the restaurant industry, Fridays has reduced their menu, so you may notice some slight changes or some of your favorites missing. However, there are several specials still on the menu that you can enjoy when you dine-in or order carry-out. Some of these include the Guinness Pub Burger, Philly Cheesesteak Burger, Loaded Cheese Fry Burger, Big Ribs Whiskey-Glazed, and Philly Cheesesteak Egg Rolls.

To see even more deals from your favorite restaurants, check out our Fast Food Happy Hour page.