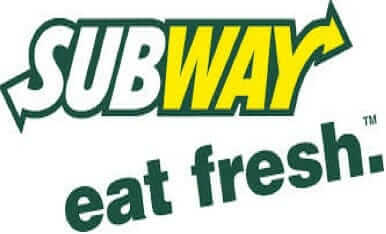 Are you looking for the latest and greatest Subway coupons? Then you have come to the right place. From weekly sandwich deals to coupon texts, Subway has become well-known for its money-saving promotions, and we’ve gathered all of the best coupons to share with you. The best part? You can find most of them right on your phone!

Subway gives out coupons regularly, and there are almost always promos advertised on their website (subway.com). You won’t have to search too hard for these – in fact, you’ll see them right away on the Home page, complete with a promo code. For example, Subway often runs a variation of a Buy One Get One 50% Off footlong promo. As long as the promo’s running, you can use the promo code for your next order and get the discount right away.

An even more time-saving option is to sign up for weekly text alerts about Subway discounts. This way, you don’t have to check the Subway website constantly. Instead, you’ll get the news straight to your inbox. All you have to do is go to subway.com/en-us/promotions/sms. You’ll be asked to enter your mobile number and zip code on the page. Once you’ve confirmed, you’ll receive your first coupon alert (which includes a six-inch sub for $2.99!).

If you’d rather check your emails rather than receive text messages, Subway also has an option for that. You can sign up for their email newsletter at subway.com/en-us/promotions/newsandoffers. Once you’ve typed in your email, zip code, and number, you’re in! Expect regular emails from Subway about their promotions and updates.

Already a regular at Subway? Then you have a lot to gain from downloading the Subway app. Once you’ve made an account, you’re automatically enrolled in Subway’s Rewards program, where you’ll be earning points every time you buy from Subway. The more points you earn, the more deals you can take advantage of.

How does it work?

For every $1 that you spend on Subway, you gain 4 tokens. Once you reach 200 tokens, you’re eligible for a $2 reward. This can pile up and get you huge discounts! All Subway purchases count too, whether you’re ordering in-store or booking a delivery on the app.

Aside from offering rewards, the Subway app also houses exclusive coupons and offers to those who create an account with them. Once you’ve installed the app on your phone, go to “Deals for You” in the main dropdown menu. At this time, you can search for a Subway near you to reveal which coupons and deals are available at your area’s location.

If you would like to redeem one of the digital coupons, simply select “Order Now” to take you to an online menu. Customize your order, or leave it as is, and click “Add to Bag” when you are finished.

On the other hand, if you prefer to order in-store rather than through the app, call ahead to be sure that the location will accept your digital coupon.

You can also follow Subway on their social media accounts on Facebook, Instagram, and Twitter. Most of the time what they’re sharing are food photos that might have you daydreaming about Subs in the middle of the day, but around every week or two, there’s a promo post thrown in. You could be scrolling spontaneously through your feed and catch it at the right moment!

Since Subway has so many separate franchises, most coupons only apply to specific Subway branches. Try checking if the Subway branches near you have their own social media accounts. This way, you can spot more specialized deals.

The most frequent deal that you’ll see on Subway would probably be their buy-one-get-one deal for their footlongs. There are different versions:

The price of a Subway footlong can range from $5.50 to $8.25, so even with the 50% off deal, you’ll end up saving $2–4. Using this deal several times can make for significant savings, especially if you buy from Subway regularly.

Buy-one-get-one deals are announced on Subway’s website and social media accounts. They usually come with a promo code starting with “BOGO,” so watch out for those!

Subway became so well-known over the past years partly because of their $5 footlong deal. Customers could buy any Footlong sub for just five bucks. That’s a major steal considering that footlongs can reach up to $8 in price. When the deal was introduced in 2008, it went viral, and customers queued up for Subway footlongs, rocketing up the company’s sales like never before. Although it ran for years, it got discontinued eventually, only appearing every now and then and within a much more limited time frame.

The main reason for this was that franchisees weren’t breaking even with their sales. As a result, you might still catch $5 footlong deals occasionally, but there’s typically an additional requirement. In 2020, customers had to buy two footlongs for $10 instead of only one for $5. That’s still a pretty good deal! It’s likely that there will be another $5 footlong deal running again this year.

Sandwiches and subs are among the easiest foods to serve when you’re feeding a lot of people, so it’s not surprising that Subway also has catering services. Aside from Subway being a safe choice because you know what to expect, you can benefit as well from catering discounts. Here are a couple of catering promos that they’ve run:

If we do the math, a $75 catering order means roughly 10–15 Standard Subs (or even less if you’re getting Meals or Giant Subs). That might be able to cover a meeting or a get-together with friends! Whichever catering deal you choose, there’s almost always a promo code that you have to enter when making your order.

Subway has come up with plenty of other deals throughout the years. Aside from their buy-one-get-one deals, you might also spot these:

These can be branch-specific, which is why it pays off to become a regular at the Subway store near you. You’ll be among the first to know!

On top of seasonal coupons and deals, Subway has regular specials that you can automatically access when you order (no promo code required!).

Sub of the Day

Subway offers you a different $6 Footlong Sub each day (or $3.99 for a six-inch). You can get these daily and weekly deals in any Subway restaurant near you. You do not need to present any coupon to access the following footlong deals:

Visit the Subway Careers page to learn more about working at Subway.