You are here: Fast Food Prices > Sprite Lymonade Review: Something Old or Something New? 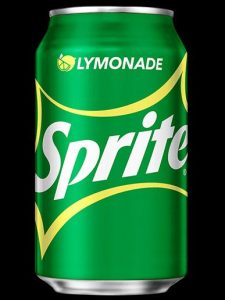 Sprite has been one of my very favorite sodas since I was a kid. I love the crispness and the citrus flavor, so I’ve had a hard time believing that changing it would improve it. But we live in a time of endless choices and variety, so Sprite has introduced a variation of its timeless soda – Sprite Lymonade (pronounced like “lime”-onade, not “lemonade”). It’s a Sprite soda with a splash of lemonade, though it’s not lemonade but a lemon flavor. Is it an improvement? Is it too reminiscent of other citrus sodas? Let’s break it down and find out.

Lemonade is one of the most popular summer drinks. It’s healthy, it’s refreshing, it’s clean. Sprite is also considered to be one of the most refreshing summer drinks, with its crispy citrus flavor. You’ve probably attended a brunch where fresh lemonade was served with a splash of Sprite for a delicious refreshing spritzer drink in hot summer months. So Coca Cola had the idea to offer a different spin on two summer favorites, creating a reverse spritzer by adding a splash of lemonade to Sprite soda. A new fizzy favorite?

Are There Any Variations of the Soda?

Sprite Lymonade is a variation in itself – it’s a slightly more lemon version of the already citrus-flavored Sprite soda. It has 22 grams of sugar, but if you’re looking for a sugarless version, there is a similar soda accurately called Sprite Zero Sugar. Sprite Lymonade can be purchased in 7.5 oz mini cans, 12 oz cans, 20 oz bottles, 24 oz bottles, and multi-packs, depending on where you shop.

You can also find the Sprite Lymonade in the Coca-Cola Freestyle Machines at participating Burger King restaurants.

This is an interesting drink because both lemonade and Sprite have a similar citrus flavor, so combining the two doesn’t create a brand new taste, but rather brings out the lemon/lime flavor of both.

You know that first whiff of soda when you break the seal or pop open a can. It’s a nice carbonated pop with a sizzle and a hint of lime. The Sprite Lymonade had the slightest grapefruit scent, which reminded me of Squirt soda. This soda is not as crisp or clear as Sprite, as the splash of lemonade clouds the transparency a bit. It’s also not as carbonated as a Sprite, so it goes down a bit smoother. You could drink it faster than a Sprite because the splash of lymonade calms it down a bit.

The taste is almost the same as regular Sprite with extra tang. It doesn’t have a sour taste, but I almost puckered my lips after the first sip anyway while deciding whether it was a good tangy taste or a tarty-tang. I think the answer is in the aftertaste – it’s a pleasant tang.

My preference is to drink Sprite Lymonade in a glass with ice, which gives it that cool freshness and mellows out the double citrus lime flavor from both the Sprite and the lymonade mix. When it’s appropriate, I also prefer a shot of tequila and a rim of salt to make it the perfect afternoon cocktail. And who are we kidding? It’s always appropriate.

However, it’s made with high fructose corn syrup and natural flavors as opposed to natural juices. The label on the front of the product says there is only 1% of natural lemon juice. That’s not something I would particularly brag about, but at least it’s honest.

You will find a complete listing of ingredients and nutrition here.

We’ve all been mixing Sprite and lemonade for years, so all in all, this was a smart move by Coca Cola to combine the two flavors. It saves amateur mixologists the trouble of pouring from two containers, it gives us a fun new drink variation to drink or mix with, and it has fewer calories than its original Sprite.

However, the flavor is so similar to regular Sprite or Squirt, that it doesn’t have any pizazz of its own. No wow factor. Nothing new. Of all the flavor combinations to pair with the lemon-lime Sprite, adding another lemon taste is a bit overkill. I would have loved if the splash of juice had been a different tropical flavor, such as orange, mandarine, or even pomegranate.

One of the things I love most about the original Sprite is the crisp carbonation, and the Sprite Lymonade just doesn’t have that fizzy factor. If I were going to drink a mix of Sprite and lemonade, I would prefer the old fashioned way of pouring a glass of lemonade and adding a splash of Sprite. At least I would know my lemonade is made with 100% real juice, and it would be fresher if prepared this way. I would probably not buy this soda again, but I did discover a Sprite with cherry flavoring that I may have to review next.

How do you drink it?

We are curious to know what you think about the new Sprite Lymonade. Do you drink it by itself or mix it with a splash of another flavor? Let us know your favorite way to drink it in the comments below.