Most people do not know this but Shake Shack actually serves beer and wines and if you like nothing more than chilling with your buds and enjoying happy hour, shake shack may just be your newest destination. Not a lot of people know that Shake Shack serves wine and beer since it is viewed as more of a smoothie, shake, and burger place but they do and now they offer a Shake Shack happy hour! That is right, if you are in the mood for some drinks with your friends and family you will do well to head on to Shake Shack happy hour at the designated times. 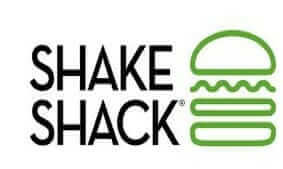 Shake shack is relatively new in the fast food industry as it was established just 10 years ago in 2004. It started out as nothing more than a simple hotdog cart located in Madison Square Park and it was owned by the USHG (Danny Meyer’s Union Square Group) so they could support the Madison Square park Conservancy’s art installation. The cart was a massive success and people saw Shack fans lining up every day for three summers straight. That was from 2001 to 2003. In 2004, the USHG offered and won a bid to open a permanent kiosk at Madison Square Park and this was the day Shake Shack was born. It really is a modern road-side burger stand that offers the most scrumptious burgers, frozen custards, shakes, beers, etc. Their kiosk was also a hit and it became an institution of sorts in the neighborhood. That little kiosk welcomed not just neighborhood fans but also people from all over the city, country, and the later on around the world. They grew from their humble beginnings and now they have Shake Shack stores not just in different states in the US but in different corners of the world as well. 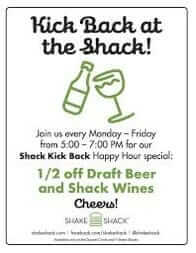 If you are a fan of Shake Shack and you especially love happy hours then this Shake Shack Happy Hour is especially for you! From Monday to Thursday from 4 PM to 6 PM you can head on to Shake Shack for some special two-for-one deals. You can enjoy these offers on their selections of beers and wines. You can enjoy Shake Shack’s special Shack Meister Ale made by Brooklyn Brewery and you may also opt for the seasonal local brew Festbier which is made by the Victory Brewing Company. If you prefer wine you may sip a Shack white or red after work. After the 6 PM cut-off for happy hour, draught beer prices start at $5 and you can get a glass of wine at $8.50. This means that during happy hour, you can get two draught beers for $5 and you can get two glasses of wine at just $8.50. The Shake Shack happy hour is for those who want to enjoy a selection of beers and wines at the best deals.

They also have a “Kick Back at Shake Shack” promotion that runs from 5-7 PM from Monday to Friday. Customers can get 50% off of their drafty beers and their Shack wines. Again, this offer is limited to some Shake Shack establishments only. 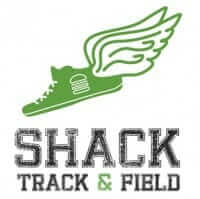 Shake Shack has a very wholesome beginning and they continue that attitude up until now. For those of you who live in Philly and like to run, you really need to check out the Shake Shack team and be one of their guests as they hit Philly streets. Every 2nd and 4th Tuesday of the month at 6pm, members of the club will meet at the Center City Shack for a run that can last anywhere from 45 minutes to an hour. You do not have to be a marathon pro to join because people of all ages and running levels are welcome to join in on the fun. This run club was established as a way to get people moving and also as a way for people to get to know each other. The runs will be led by their Philly team members. 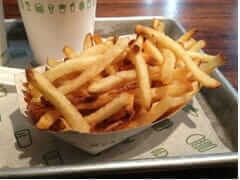 Shake Shack promises their customers the best meals prepped from the best ingredients and this is why they are happy to announce that are bringing their Shake Shack fresh fries to all their establishments slowly but surely. These brand new fries they have to offer are top of the line and are as fresh as fresh can get! These fries are hand cut and have never been frozen. They are made from the freshest Idahoan potatoes that are cut right in the store so you know they are fresh. The resulting fries have the skin on and are twice cooked and they taste simply divine and have a texture you would not believe. 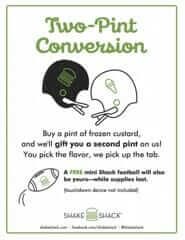 In celebration of Super Bowl, Shake Shack has a surprise for their local customers. They offer you the chance to go home with another pint of your favorite frozen custard and they will even throw in a foam football! It doesn’t matter if you are a Shake Shack fan or not or if you like football or not, you can still get the two-pint conversion offer and go home with your foam football, courtesy of Shake Shack. It’s a sweet deal however you look at it.

Indeed, Shake Shack had very humble beginnings and they have now grown into one of the most successful fast food chains in the US. What sets Shake Shack apart is they always make sure they serve fresh food that taste good and they make it a point to become part of the neighborhood where they set up. If you have never tried Shake Shack before make it a point to try out what they have to offer as they may just become your new favorite!