Everyone I know who hosts potlucks and dinners thinks they have the best mashed potato recipe. It’s always fun to try everyone’s dishes even though no one wants to reveal their secrets. That’s ok – now there’s a new recipe I can use at our next potluck, and this one is no secret. Longhorn Steakhouse Mashed Potatoes are some of the smoothest, most buttery mashed potatoes out there. The recipe itself is super simple, and it requires only a few ingredients. The key to this recipe is using a hand mixer instead of a potato masher, to give the potatoes their smooth texture. This recipe calls for a specific amount of heavy cream and sour cream, but you can easily add more if you want. To keep the recipe true to Longhorn Steakhouse, the only spices needed are salt and pepper to taste.

The prep time is pretty simple. Boil your pot of water while you cut the potatoes. You don’t have to cut them too small, but the smaller the pieces, the faster they will cook. I usually cut mine around one to two inch cubes, and my potatoes are cooked all the way through in about 30 minutes. After draining the water, mix all of the other ingredients, and blend until extra creamy. 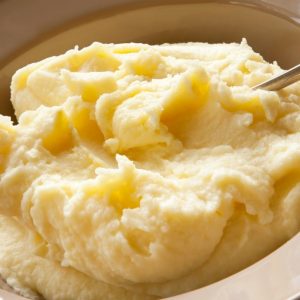 This is a delicious side dish that complements all kinds of main dishes, including the Longhorn Steakhouse Parmesan Chicken Copycat Recipe. Try them out together, and let us know what you think.