You are here: Fast Food Prices > Foreign Fast Food Chains in the US

A lot people can credit fast food chains for their dinners, take out lunch, and even breakfast before work. For some, these fast food chains are a part of their daily hectic schedule since they provide the option of having a filling meal on the go. They cut the time of having to make a meal at home and considering the prices, they are reasonable enough to fit in one’s daily budget.

Despite the health concerns that some fast food chains pose because of their methods of cooking, there seems to be a charm cast by these fast food chains that keep their clients coming back for more. So much so is that charm that even foreign fast food chains in the US are now seeing a steady growth when it comes to more adventurous foodies.

While it is know that the US is one of the top provider of international food chains like KFC and McDonald’s to name a few, there are also other popular foreign fast food chains in the US which are gaining the hearts of American consumers with their tasty offerings that infuse different flavors as well as the culture of the country they are from.

Here are just some of the foreign fast food chains in the US that you ought to try for a new fast food dining experience that may even make a positive and lasting mark on your taste buds: 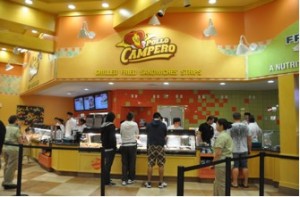 For those who would want to try out Latin American dishes, Pollo Campero is the place to be. They offer flavorful Latin American dishes and although founded back in 1971, it has made progress by being able to make a mark on the US market. The first ever Pollo Campero was founded in Guatemala and in the US, its headquarters is in Dallas, Texas. They have locations in New Jersey, Shanghai, El Salvador, and Spain as well. It is also referred to as Pollo Granjero by the people in Guatemala where it is originally from. Similar restaurants to Pollo Campero that operate locally include Pollo Tropical and El Pollo Loco. 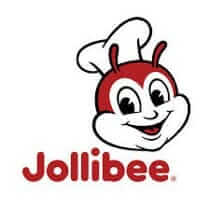 This is a Filipino fast food chain that is considered a giant in the Philippines. Since there are a lot of Filipino workers in the US, Jollibee has been giving them a taste of the food they most crave from the store such as their trademark “Chicken Joy.” They are famous for juice chicken dishes and to kids as well. It is properly known as the Jollibee Food corporation or JFC and has 94 international branches in locations such as Canada, the US, Brunei, Qatar, Vietnam, Singapore, and Hong Kong among others. They offer breakfast meals as well as filling lunch and dinner meals. In the Philippines, it is considered as the top rival of the US brands namely McDonald’s and KFC. 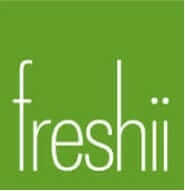 When it comes to healthy food items, fans of wholesome food should consider getting inside the Freshii store. From the name itself, they pride themselves on having fresh and wholesome offerings especially for those who would like healthy consumption. They serve freshly made burritos, wraps, soups, frozen yogurts, and salads which make their offering the ideal choice when it comes to healthy snack take outs for work. Freshii happens to be a Canadian fast food chain which has international locations with 20 stores in the US alone. It also has stores in Austria and in the United Arab Emirates. This relatively new fast food chain was founded in 2005 but has gained a good international presence and is making steady growth through its international locations.

More commonly referred to as just “Nando’s,” Nando’s Peri Peri is a Portuguese dining place, more like a casual restaurant than a fast food chain that was founded back in 1987 by Mozambican–Portuguese people It has an international presence of having over a thousand stores in more than 30 countries. The restaurant specializes in chicken dishes ranging from spicy, extra hot, medium hot, herb chicken recipes, and their signature Peri Peri marinade. They are known for their well-sized portion servings which make dining on chicken a completely filling meal which can even be shared by two! “Peri peri” is actually a kind of African chili or the bird’s eye chili which is what they use as the main flavoring of their spicy chicken menu items. 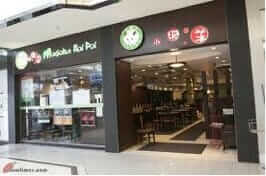 For an authentic experience of Mongolian-Chinese food items, the Little Sheep Mongolian Hot Pot is one of the foreign fast food chains in the US that easily gives their consumers an idea of what to expect. Founded back in 1999, this restaurant serves flavorful hot pot dishes. They have stores in China, Taiwan, Japan, and in western areas such as the US, the United Kingdom, and Canada as well. They are a favorite option for those who would like great tasting takeout dinners at home or even for late nights at work.

With its debut dating back to 1981, Giraffas has expanded from being only in Brazil to reaching out into the US market. In Brazil, this fast food chain has more than 358 stores and caters to the burger cravings of even their international visitors. It began its expansion in 1991 and has made its presence known in other locations such as Paraguay and Miami among others. Orders, as usual of fast food places, are taken through their counters but the final dishes are served on open plates. They are famous for their hamburger that has a fried egg on top, as well as their black beans with rice meal.

Instead of sticking to your usual fast food places, why not have a real taste of international menu items prepared by foreign fast food chains? While there are American-operated fast foods which serve foreign dishes, it is a different feeling knowing that you’re about to try something new and menu items that have been enjoy by locals from a completely different country long before you did. Try these places out and see what changes they can make to your fast food dining habits!