You are here: Fast Food Prices > Fast Food Condiments: The Round Up!

Fast food chains go to great lengths to build their brands and you can see that in the way their stores are made up an even how their food is packaged.  One aspect of fast food branding that you may miss out are the condiments. Face it, they do not get much face time but there is no denying that fast food condiments are as much a part of the whole fast food dining experience as anything else. Think about how Heinz ketchup packets were part and parcel of nearly every McDonald’s orders and you will realize the full importance of condiments (sadly, the Heinz-McDonald’s tandem is no more.) 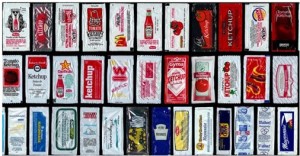 Different fast food chains have different signature condiments and you may not realize it but you have your favorites- everyone does! So in order to give those little sachets and cups of flavor their due, below is a round-up of fast food condiments that you either love or hate. 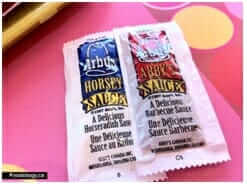 The packet in the right is their signature barbecue sauce and may well be one of the very best barbecue sauces in the fast food condiments world. This sauce packs a lot of flavor but is not overly sweet. The consistency is rather thin but it does contain a nice peppery kick to it that every self-respecting barbecue sauce ought to have. In some Arby’s fast food chains, their barbecue sauce is served in a pump so you can get as much of it as you want. 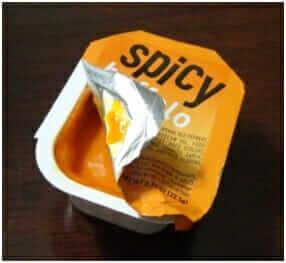 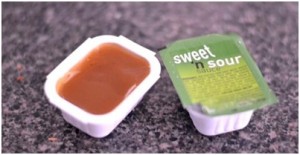 Now this is one condiment that McDonald’s managed to get right! It is a delicious gold color and even has bits of whole grain mustard. It also has a very good balance of honey sweetness and mustard tang. This is one sauce that goes very well with fried food (like, 85% of what McDonald’s offers!) 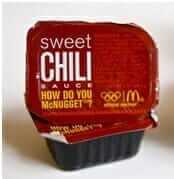 This sauce debuted in 2010 so you could say it is one of their newest sauces and gets a lot of mixed reviews. On one hand, people like that it is not too spicy while others like that it has a bit of kick right at the very end. One can say that it is just down to a preference thing.

Jack in the Box Sweet and Sour Sauce

This is just like any other sweet and sour sauce you will find in the market and while it does taste good, it would probably be useless on anything but egg rolls. It is just one of those sauces that fit egg rolls and nothing else.

Jack in the Box Barbecue Sauce 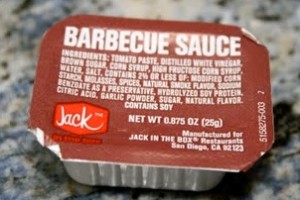 This sauce is nowhere near as good as the one from Arby’s but it is still loads better than other barbecue sauces. This sauce has a slightly smoky hint to it and while it is sweet, it is not cloying which is the problem with lots of other fast food condiments.

If anything goes wonderfully with the fried chicken entrees at Church’s, it has to be this delicious jalapeño sauce. It has a wonderfully creamy texture that is not too rich and it has that certain jalapeno kick that keeps things interesting. A lot of people who crave jalapeno sauces will do well to try this one as it may just become a favorite. 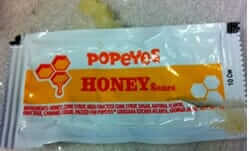 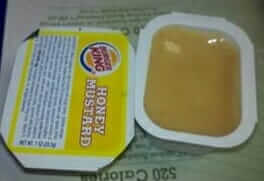 Wendy’s sauces are basically too sweet for most people and this goes for the honey mustard sauce as well. You might expect a bit of a kick with something that has mustard in it but this is just too sweet. A shame really since Wendy’s has a lot of food items that would go great with a honey mustard sauce.

So there you have it- some of the most famous condiments in the world of fast food but they are just the tip of the iceberg. After all, fast food joints love gimmicks and it is only a matter of time before they shake things up and come up with all new sauces for you to love and hate.