Brazil is a country known for its beaches, carnivals, and frankly gorgeous citizens. Certainly it is not a country that you would think even had fast food considering how fit and toned most Brazilians are. This is why the news that global fast food chains are battling it out with independent food kiosks in Brazil may just surprise you.

But really, it shouldn’t come as a surprise since Brazil has a massive population and that massive population will help bring in profits to fast food chains if, and only if, they gain a foothold in the country. For them to gain a foothold though, they first have to butt heads with smaller independent food kiosks that Brazilians are so used to. Besides, with the rapid expansion in the fast food market in Brazil it is important that fast food chains establish themselves early on in the game.

The fast food market in Brazil has seen tremendous growth over the past 5 years and reports have it that the sector is set to hit record sales of up to $21.7 billion or 50 billion Brazilian real. That figure is up by about 83% since 2008. 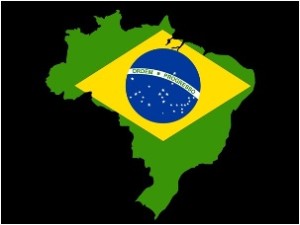 The reason for that increase in sales is that the middle class population in Brazil has grown and that means more people have higher amounts of disposable income. This middle class population is what is driving up the sales and you can bet global fast food chains want in on some of that action. Give that nearly one in every 10 Brazilians pop by a fast food joint at least once a day you can really see why it is worth the battle for global fast food giants.

According to one Jean Manuel Gonclaves, a senior food analyst at Mintel, the main driving forces behind the expansion plan of bog fast food joints is that they want to break out of the well-developed South East and they want to bring more added value products to countries with emerging middle classes. They are particularly placing a focus in regions like the North East of the Country where the money is.

It has to be said that McDonald’s has the strongest hold in the South American market. To date, it has about 1, 300 stores but there are also about 386,000 independent stores which makes expansion rather tricky for most global fast food chains.

But the number of independent stores isn’t all that makes it difficult for fast food chains to expand their operations. Most South Americans have very strong regional taste preferences and they have a yen for spicier flavors which makes South American countries harder to cater to in terms of distribution chains.

With All Those Challenges, Why Do They even Bother?

Indeed, it is easy to think that with all those odds against them, they really should just give up but with a market that massive, global fast food companies just cannot give up and they do have something in their favor. For one, 74% of Brazilians agree that foreign fast food chain offers a better dining experience as they often have better ambience than local kiosks. Considering that most global chains pull out all the stops when it comes to lighting and décor, the respondents have a point and ambience does a lot for the overall dining experience.

Global fast food giants have a tough battle ahead of them if they want a slice of the Brazilian market for fast food. Aside from small kiosks that dot the streets, there are also some home-grown fast food restos that they have to do battle with. Below are a couple of Brazilian fast food companies that are on top of the food chain and will give global chains a run for their money. 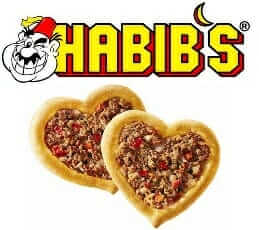 Habib’s is a Brazilian fast food chain that offers mostly middle eastern-inspired cuisine. You really can’t miss this fast food chain when you see it since their smiling genie caricature is quite eye-catching. The restaurants are geniuses at providing ideal fast food in that the food are served quickly, they are delicious, and most importantly, cheap. For the last 19 years, this fast food chain has been growing and is now one of Brazil’s hottest restaurants and is one of the most profitable as well. This is actually the second largest chain in the country after McDonald’s and is one of its main competitors as well. 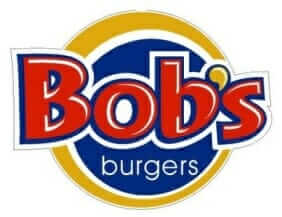 This is actually the very first Brazilian fast food chain and was founded in 1953 by a tennis champion by the name of Robert (Bob) Falkenburg who won the Wimbledon championship in 1948. The first Bob’s Burgers store was opened in Rio de Janeiro. It served burgers, fries, and shakes during its first years. Aside from opening the first fast food chain in Brazil, Falkenurg was also the first person to introduce the fast-food concept in the country. He sold the franchise to BFFC in 1972. 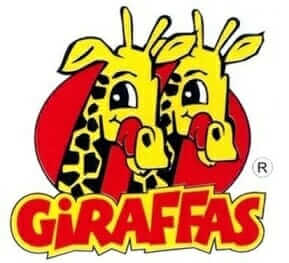 This fast food chain serves steaks and other goodies with a Brazilian flair. Not only does it have branches in the South American countries but it has also put up branches in different US states and cities.

Indeed, international fast food giants have their work cut out for them but it seems like the massive Brazilian market is worth fighting for ‘til the bloody end. Indeed, this is a battle worth watching since it will definitely affect the behavior or Brazilian middle and lower class consumers.

To learn more about the battle for Brazil, check out the link here.