It really is quite fascinating to look at and if you wish to learn more about it then by all means read on below. The truth behind fast food advertising will be a major eye-opener for you and you really cannot help but marvel at how clever they are.

You already know that fast food companies pull you in with ads of the most delectable looking food but just how do they keep you coming back? Below are some fast food advertising and marketing strategies that will blow your mind. 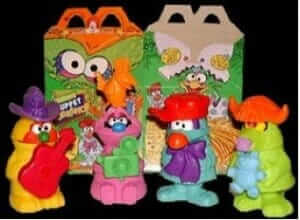 Collectibles – fast food companies often advertise collectibles because it is one of the very best ways to drive traffic through their doors. This is especially true for kids which most of their advertising is geared towards that demographic. Take for instance the McDonald’s happy meal; kids practically beg their parents to take them to the fast food joint to collect the toys and this means they get their parents to eat there as well. 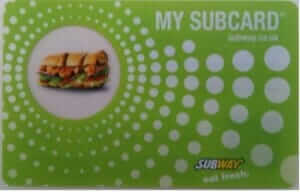 Loyalty programs – most companies like to give out frequency cards to their customers that promise freebies and discounts after several visits or so. This makes people want to come in more often so they can get the freebies and discounts. This is a brilliant advertising and marketing strategy that most fast food companies try out several times of the year.

There really is no harm to these fast food advertising campaigns and they do get people inside their doors. However, there are some campaigns that might throw you for a loop. Case in point, their TV advertisements and their posters: pictures of perfect and juicy burgers, fresh salads, and crisp fries. Some of you may feel that there is a massive disparity between what is advertised and what you actually get but that is the truth of fast food advertising – it is never quite true.

Why the Massive Difference?

Like a lot of people who frequent fast food joints, you can attest to the fact that what they show in posters and TV shows are vastly different from what you actually get. You need to know that the food they show in TV and print ads have been doctored and edited to look their best and chances are high that some of those items aren’t even real food. Take for instance ice cream which is really tough to photograph considering it melts under studio lights and doesn’t always look “perfect.” Instead, food stylists and photographers often use compound that can be made to look like ice cream but better! Some even make use of mashed potatoes which hold up better than real ice cream.

They pay food photographers and stylists thousands of dollars to showcase their food in the best light; it is no wonder you get taken in by their ads. Those professionals spend hours getting the food to look that good and they use everything from shellac to liquid smoke and even a dab of Vaseline here and there. Your food in the other hand was probably handled by people who had less than 10 minutes to assemble the whole thing – no wonder there is a vast difference between what you see on fast food advertising materials and your actual food.

Take a Look Below at the Worst Offenders 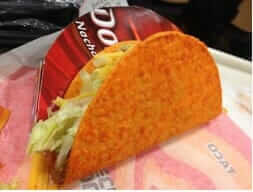 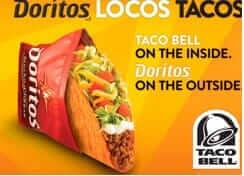 If you take a look at the Taco Bell Doritos Locos Tacos on the left you will see that it looks like a piece of heaven for taco lovers. It’s overflowing with meat, greens, sour cream, and salsa. However, if you take a look at the actual taco on the right you will see that truth is much less exciting than fiction. Why, that taco on the right looks kind of anemic. But then the taco on the left was probably designed in a lab and photoshopped while the one of the left was assembled in 5 minutes (maybe less!). 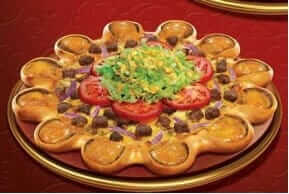 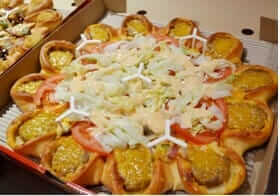 The cheeseburger crust pizza (or crowned crust) as they like to call it in Pizza Hut is already quite yummy-looking on real life (picture on the right) but when styled and photographed professionally, it looks like every pizza-lover’s dream. However, you do see a marked difference in what it looks in ads and what it looks like in reality.

As you can very well see, fast food advertising is all about getting you into their doors and to keep you coming back. They offer you deals, draw you in with toys, and even use fake food to draw you in. This is really not a big secret anymore but the fact that it is a billion dollar industry shows you just how effective their tactics are.